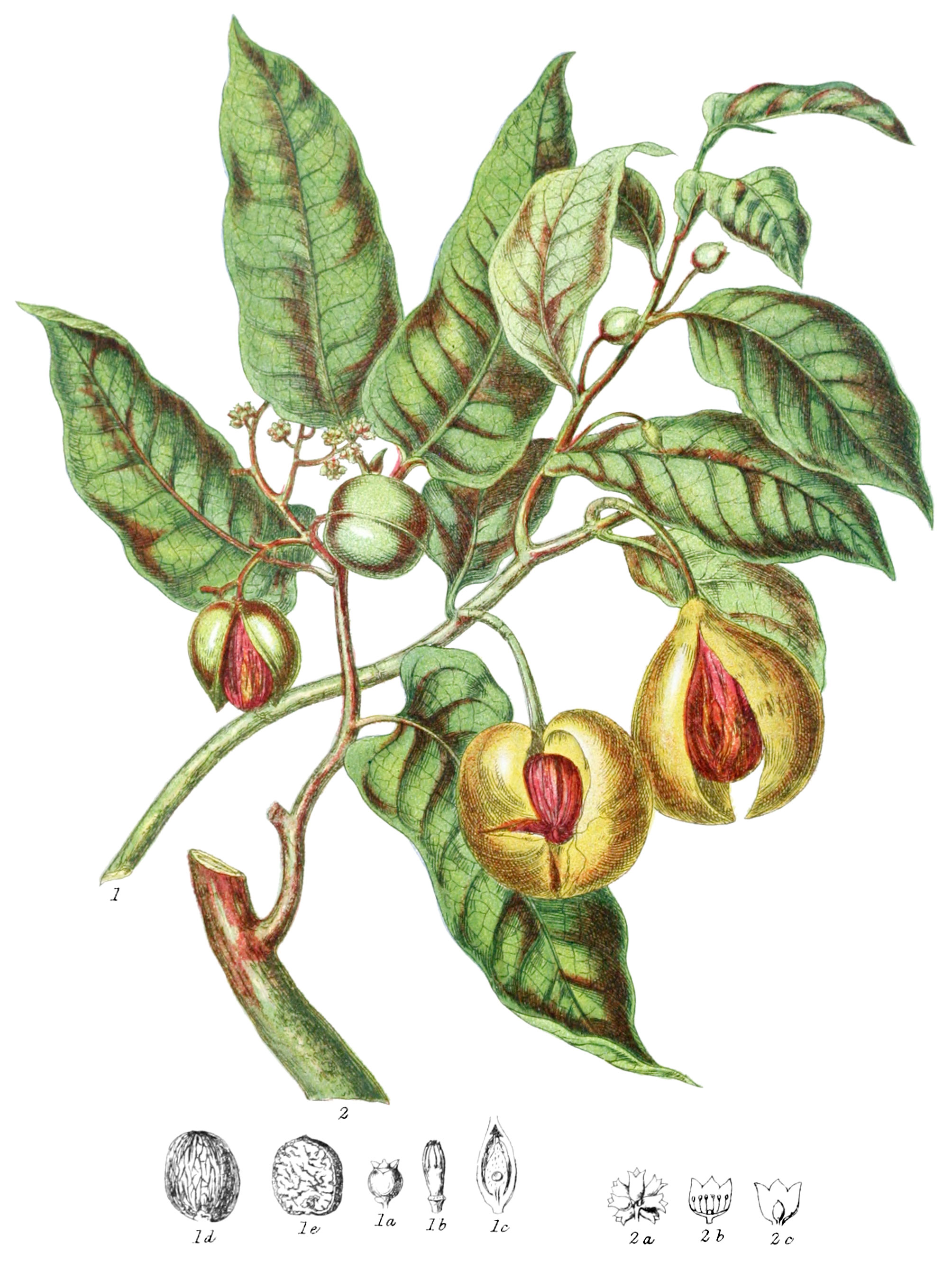 Tropical trees, often containing a red juice, the leaves are alternate, without stipules, not dotted, entire at the edges, stalked and leathery. The flowers are small, and grow from the base of the leaf-stalk, or on terminal branches, panicles. A short folded bract is at the base of the flower; the calyx is leathery, usually downy, three or four notched. The stamens and pistil are in separate flowers, the filaments of the stamens are either distinct or united in a cylinder; the anthers are from three to twelve, two-celled, turned outwards, bursting lengthwise, either united or distinct. The carpels are solitary or many, with a single ovule. The style is very short, the stigma lobed. The fruit is a berry, containing a nut enveloped in an arillus. The seed contains slightly fleshy albumen.

This Tribe has affinity with Lauraceæ and Proteaceæ, but is distinguished by the structure of the anthers and fruit.

This Tribe inhabits exclusively the Tropics of Asia and America, and is most abundant in India.