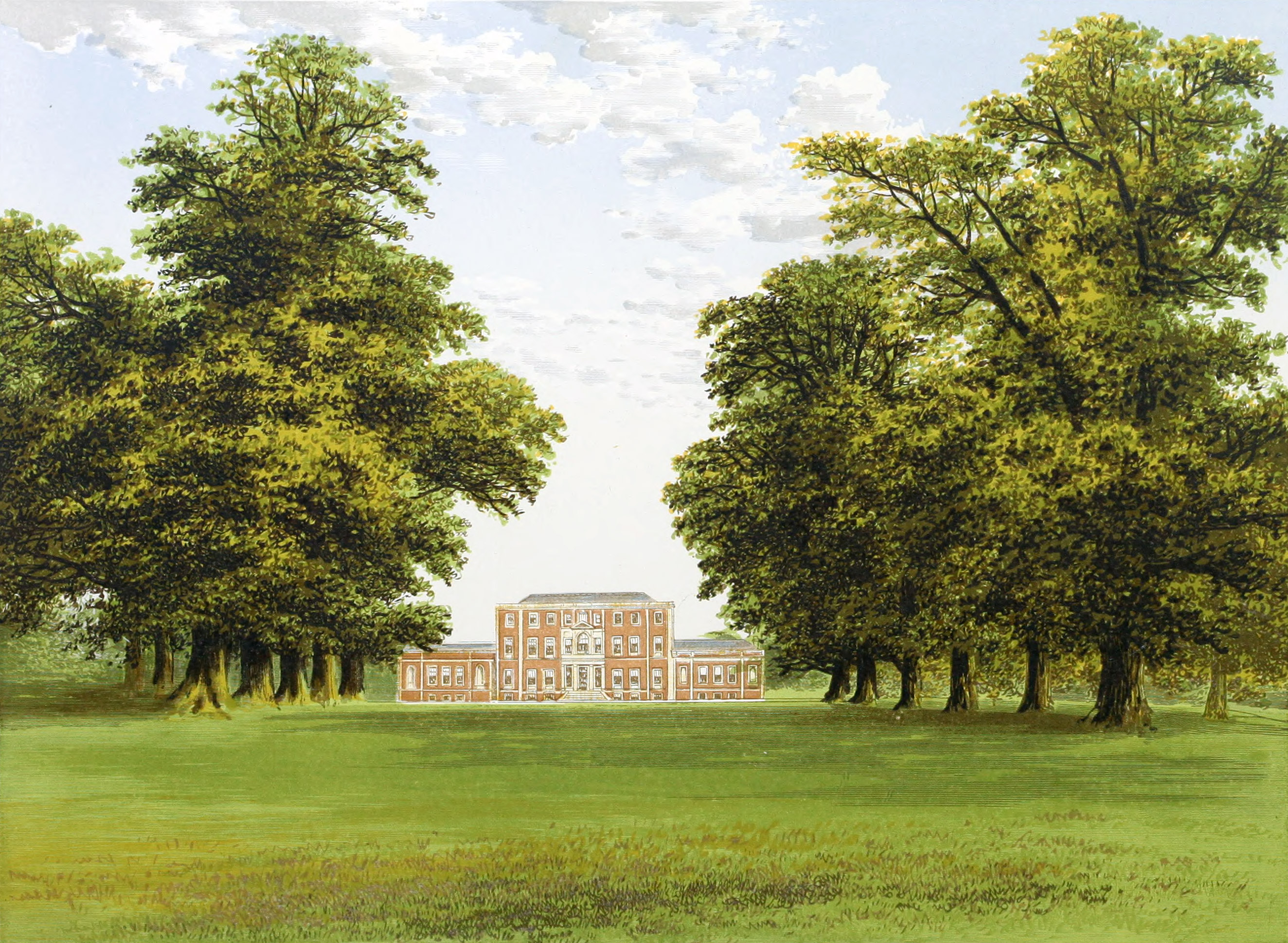 The mansion of Aldby Park is a fins building in the early Italian style, built in the reign of George the First, after designs by Sir John Vanbrugh, and completed in 1726. The wings were added to by the then proprietor about the year 1855. It stands in a deer park of moderate size, and is very pleasantly situated on the bank of the river Derwent. It has two fronts of the same general appearance, the material being bi’ick with white quoin stones. There are many remarkably fine beech trees in the park, such as Tityrus might have reposed under on a fine summer’s day, besides a great variety of othei’S, such as the chesnut, poplar, sycamore, oak, pine, and elm, the avenue leading to one front of the house being of the last-named, and of ancient growth. There is also another long avenue of fine old wide-spreading beech trees, some of those spoken of above, leading to one of the entrances.

About a couple of miles away, on another side and part of the property, is Buttercrambe Moor, a natural wildness of wood and water, of several hundred acres extent, well known as to botanists and others, and where I have often myself passed a few hours, in days gone by, in looking after natural objects, in the quiet enjoyment of so thoroughly retired a place.

Buttercrambe Bridge crosses the Derwent just below the terraces which fall from the house on that side.

In the female line the family descends from Jane Darley, who became the heiress of the estate on the death of her four brothers, two of whom died bachelors, and the other two were supposed to have been poisoned at Aleppo, in Syria.

In the male line it derives from

Henry Brewster, Esq., who by his marriage with the said heiress became the proprietor. Their son,

He married, secondly, a daughter of Henry Wilks, Esq., and their son,

Henry Darley, Esq., of Aldby Park, married Elizabeth, daughter of R. Lewis, Esq., of the county of Glamorgan, and dying in 1810, left

Henry Darley, Esq., of Aldby Park, of the Fifth Dragoon Guards, who married first, in 1863, Charlotte, third daughter of James Atty, Esq., of Rugby, and secondly —she died in 1864—Rosamond, daughter of Sir George (Strickland) Cholmley, Bart., and had, with other children,