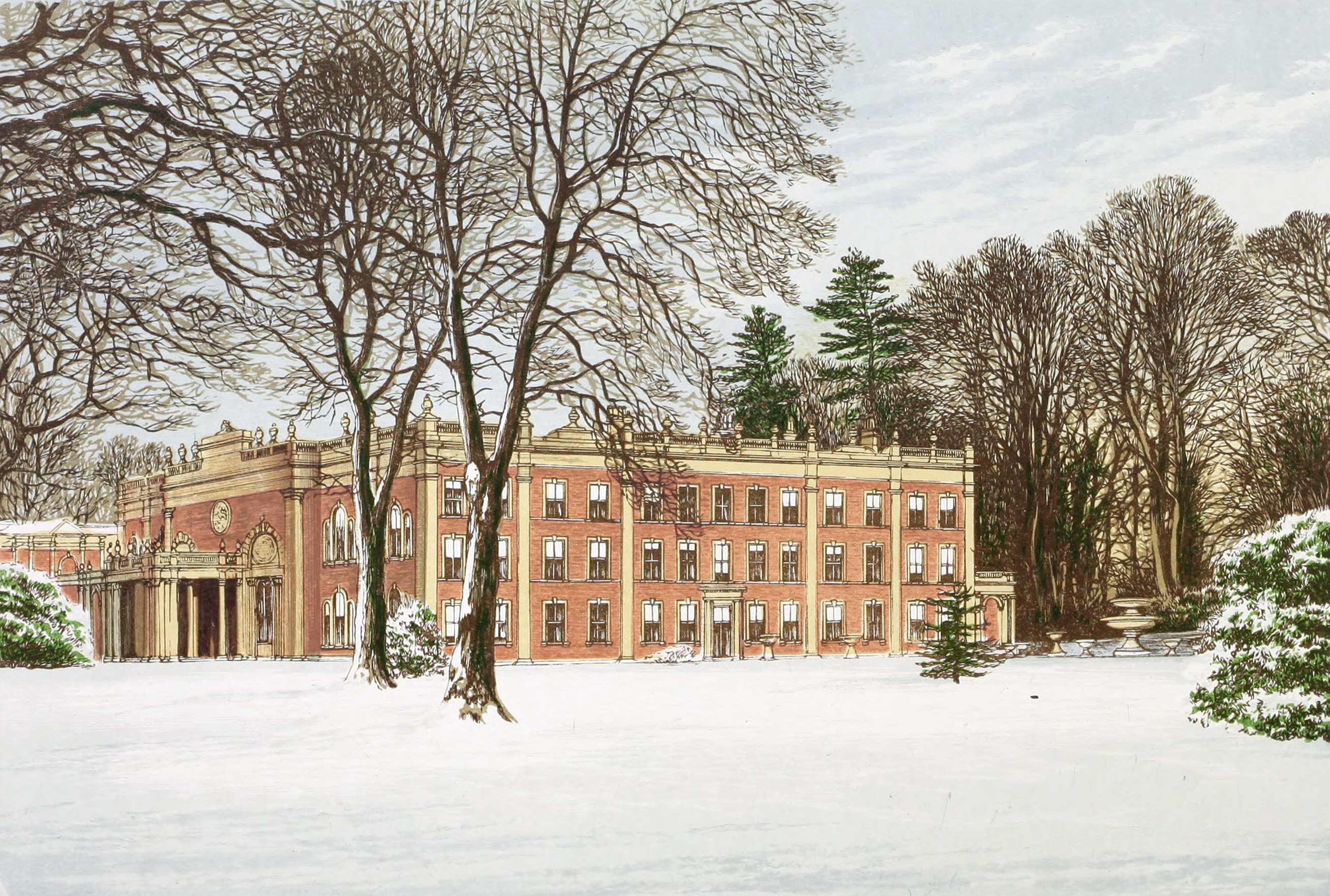 Few mansions, even in the south of Hampshire, where country seats abound, are more delightfully situated than Oranbury. The hill on which it stands is one of the highest in the county, and from the extensive and picturesque pleasure-grounds beautiful views are obtained of Southampton Water and the Isle of Wight to the south; to the east are uninterrupted views over almost the whole of the south- eastern portion of Hampshire; while to the north the eye overlooks the lovely vale of Hursley as far as the pretty little village of Farley Chamberlayne.

The park is extensive and beautifully wooded, the timber being remarkably fine.

Cranbury House is a large mansion, built of red brick, with stone facings. It is difficult to say exactly when it was originally built, but it is certain that it is of great antiquity, and from traces of artificial fishponds discovered in the park, it is conjectured that it was formerly a monastery.

Cranbury was once the name of an extensive district, and mention is made of it in Domesday Book.

It contains a valuable collection of paintings by Sir Joshua Reynolds, Vandervelde, Le Brun, Callcott, Richter, Collins, Westall, Copley Fielding, Thompson, etc.; and some fine pieces of sculpture by Nollekens and Chantrey, one of which, a Venus by the former, was valued by the Commissioners of the International Exhibition at £2,000.

The ceiling in the saloon is very famous, the painting being the work of that eminent architect, the late Sir Nathaniel Holland.

Amongst the other objects of interest may be mentioned a fine large organ of great antiquity lately restored by Willis, and an instrument called an “Apollonicon,” or self-playing organ, made in the Black Forest, in Germany, and exhibited in Leicester Square till it was purchased by Mr. W. Chamberlayne, uncle of the present owner of Cranbury, for many years M.P. for Southampton.

Mr. T. Chamberlayne inherited with Cranbury extensive property on the banks of Southampton Water, on a portion of which are situated the well-known ruins of Netley Abbey. Of the ancestors of the Chamberlayne family not a few figured prominently in the history of their country, amongst whom may be mentioned William Chamberlayne, Lord of North Ryston, chamberlain to Henry the Second, who made prisoner Robert do Bellemont, Earl of Leicester, in 1174. Also Sir John Chamberlayne, who distinguished himself in the martial reign of Edward the Third, and whose descendants settled at Sherborne Castle, in Oxfordshire, which has since passed into the possession of the Earls of Macclesfield: from them, through the Chamberlaynes of Wickham, Baronets, is descended the present owner of Cranbury. The baronetcy alluded to became extinct in 1776.

The family of Chamberlayne trace their descent from John de Tankerville, a Norman baron, who was made Chamberlain—or, as it was then spelt, “Chamberlayne”—to King Henry the First, and whose descendants assumed the name.