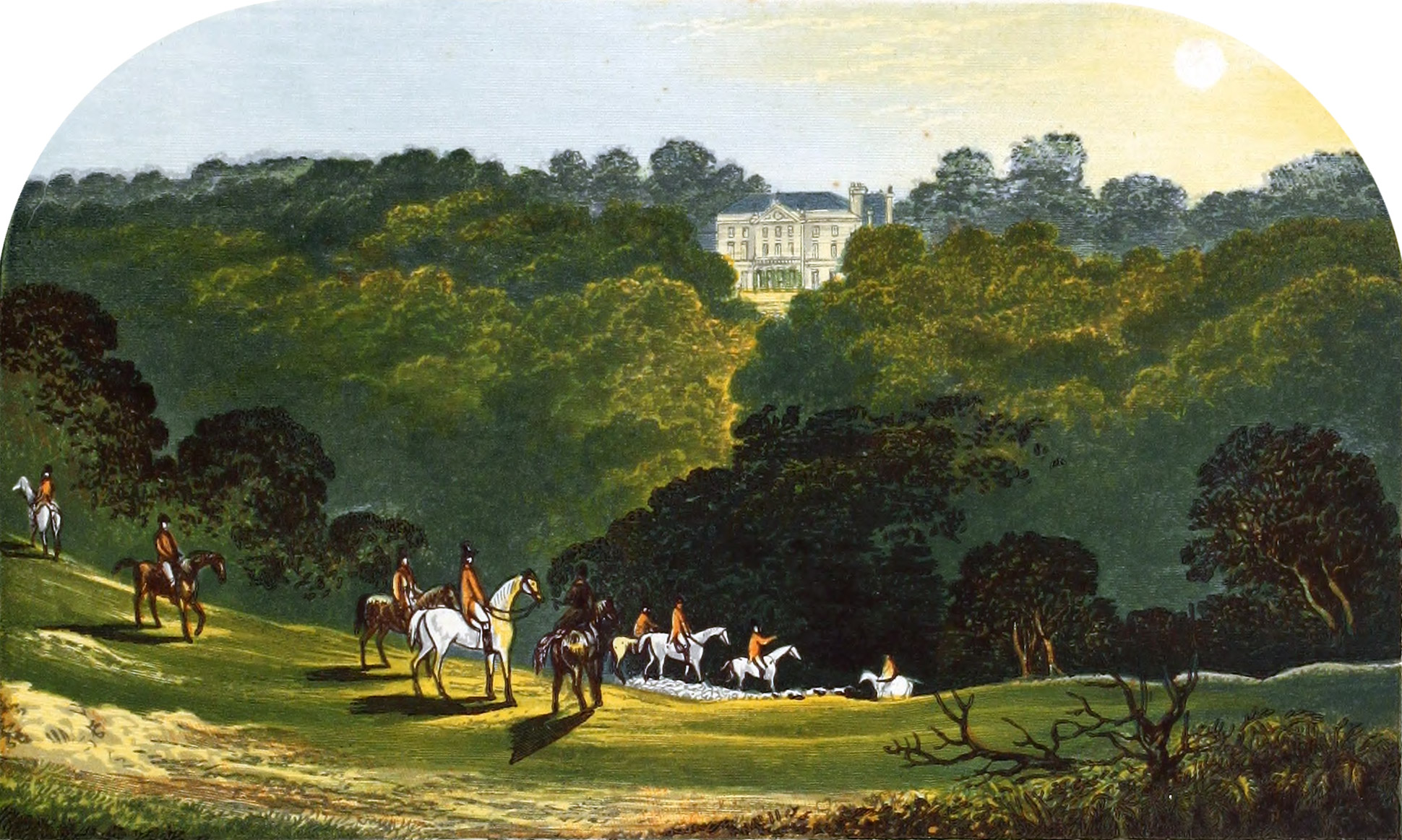 Denby Grange is seated in a ricli and fertile valley, througli which winds the river Colne, and bounded by high hills, richly cultivated. This seat stands in the parish of Kirkheaton, in the West Riding of Yorkshire, and at the distance of seven miles from Wakefield.

Sir John Kaye, of Woodsome, Yorkshire, Knight, was advanced to the dignity of a Baronet by King Charles the First, February 4th., 1641. He served that unfor- tunate monarch as Colonel of Horse, and suffered much both in person and estate during the civil wars, but happily survived the usurpation of Cromwell, and witnessed the restoration of King Chai’les the Second to the throne of his ancestors.

The second son of the second Baronet was George Kaye, Esq., of Denby Grange; he married Dorothy, daughter of Robert Saville, of Bryan Royd, in this county, and dying in the year 1707, his son succeeded to the property of his two uncles, Christopher Lister, Esq., and Sir Arthur Kaye, Baronet; he assumed the name of Lister, in addition to his own, and became the fourth Baronet of this family; and upon the death of Sir John Lister Kaye, LL.D., Dean of Lincoln, who was the sixth Baronet, without issue, the title became extinct, but was renewed, December 28th., 1812, in the person of Sir John Lister Kaye, Baronet, of Denby Grange, sole heir to the estates of the families of Lister and Kaye, by will.

Sir John Kaye, Knight, living at the time of the Conquest, married the daughter of Sir John Woodsome, of Woodsome, in the county of York, and the elder of his two sons.

Sir John Kaye, Knight, of Woodsome, married to the daughter and heiress of Sir John Copley, was succeeded by his son.

Sir Robert Kaye, Knight, of Woodsome, who married the daughter of Gaston of Sedbuer, and his son was

John Kaye, Esq., who by a daughter of Harley of Harley, left a son and heir,

Robert Kaye, Esq., married the daughter of Plumpton of Plumpton, and was followed by his son,

Arthur Kaye, Esq., who married Beatrice, daughter of Matthew Wentworth, Esq., of Bretton, and left a son and heir,

John Kaye, Esq., Hving in 1585, who by Dorothy, daughter of Robert Mauleverer, Esq., of Wothersome, had a son and successor,

Robert Kaye, Esq., living in 1612, married Anne, daughter of John Flower, Esq., of Whitwell, in the county of Rutland, and was succeeded by his son,

John Kaye, Esq., of Woodesome, who married Anne, daughter of Sir John Feme, Knight, and dying in 1641, left a son and heir,

John Kaye, Esq., of Woodesome, created a Baronet by King Charles the First, February 4th., 1641. By his first wife, Margaret, daughter of Thomas Moseley, Esq., Alderman and Lord Mayor of York, he left at his death, July 25th., 1652,

Sir John Kaye, Baronet, M.P. for Yorkshire, married to Anne, daughter of William Lister, Esq., of Thornton-in-Craven, heiress of her brother, Christopher Lister, and by her had issue

Sir Arthur Kaye, Baronet, M.P. for the County of York, who married Anne, daughter and co-heiress of Sir Samuel Marow, Baronet, of Berkswell in the county of Warwick, and dying without male issue, July 10th., 1726, the Baronetcy devolved on his nephew.

Sir John Lister Kaye, Baronet, of Grange, M.P. for the City of York in 1734, Alderman thereof in 1735, and Lord Mayor in 1737. He married twice, and by his first wife, Ellen, daughter of John Wilkinson, Esq., of Greenhead, near Huddersfield, had

Sir John Lister Kaye, Baronet, who served the office of High Sheriff of York- shire, in 1761, and dying unmarried December 27th., 1789, was succeeded by his half brother, (by the second wife, Dorothy, daughter of Richard Richardson, Esq., M.D., of North Bierley in the West Riding,)

The Very Rev. Sir Richard Kaye, Baronet, Dean of Lincoln, who married Mrs. Mainwaring, the widow of Thomas Mainwaring, Esq., of Goltho, in Lincolnshire, and daughter of William Fenton, Esq., of Glassho, near Leeds, but died without issue December 25th., 1810, when the Baronetcy expired. It was revived in the person of

John Lister Kaye, Esq., a son of the fifth Baronet, and to whom he had bequeathed the estates, who was created a Baronet December 28th., 1812. He had married, October 18th., 1800, Lady Amelia Grey, fifth daughter of George Henry, fifth Earl of Stamford and Warrington, by whom he had a large family, of whom, at his decease, February 28th., 1827, the eldest son.

Sir John Lister Lister Kaye, born August 18th., 1801, succeeded as second Baronet. He married October 21st., 1824, Matilda, only daughter and heiress of George Arbuthnot, Esq., by whom he had