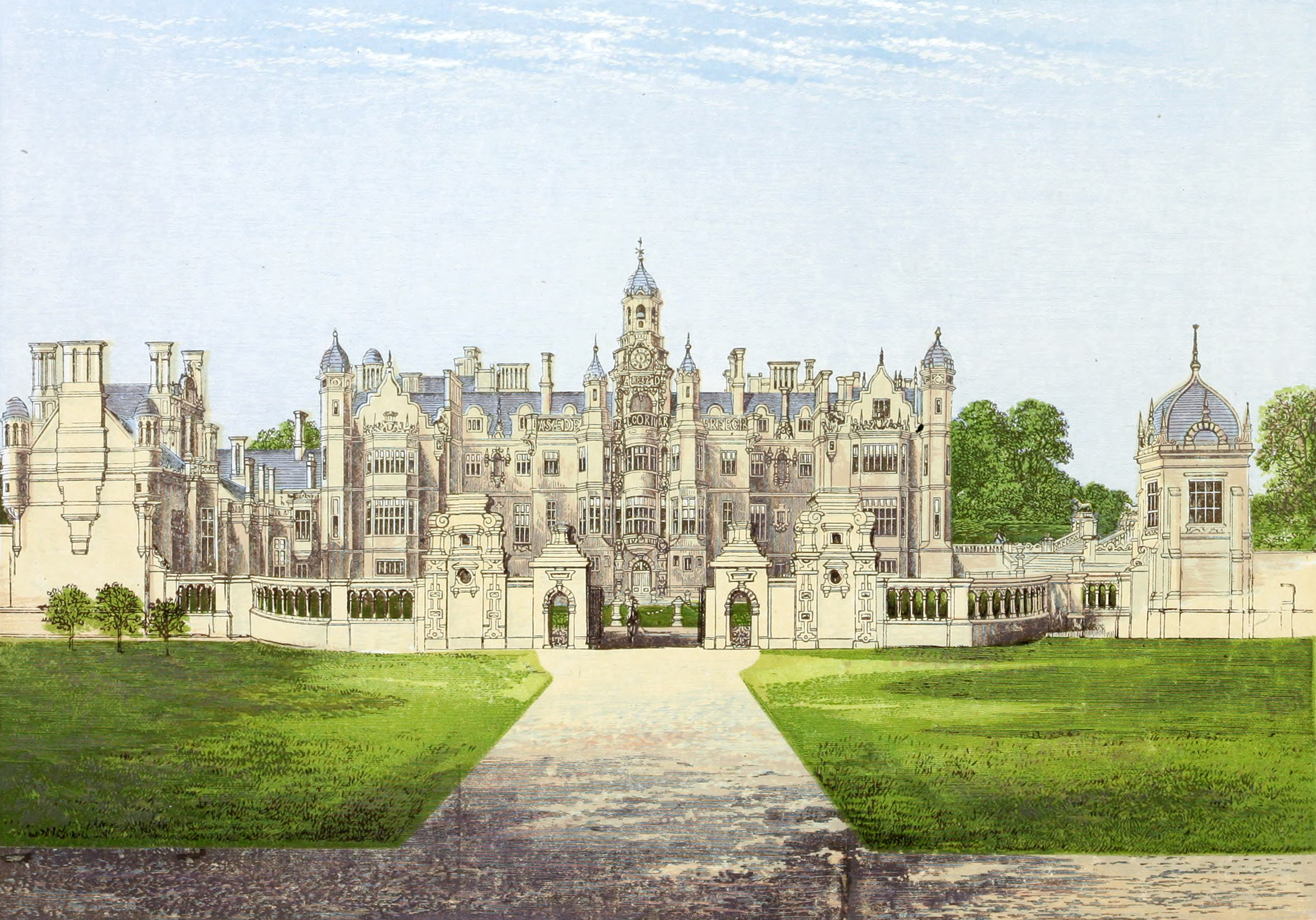 Harlaxton was once upon a time a hunting seat of John of Gaunt, “time-honoured Lancaster/’ and as it is not far from Melton Mowbray, the head quarters of the chase, the coincidence is remarkable enough, though it is scarcely to be supposed that the pursuit has been kept up continually in the district ever since.

The old Manor House was taken down not many years ago, and the present splendid mansion erected in its stead.

There was a bequest left to the parish by Cadwallader Gwynne, Esq., the interest of which is paid yearly to the poor.

The late American ambassador to England, Mr. Everett, wrote of his own country, “We have everything great in America. We have great rivers, great mountains, great forests, and great lakes; but we have no olden buildings, no castles or houses of an ancient aristocracy, and no monasteries. To see these we must visit the laud of our fathers.” “There is something/’ says Sir Bernard Burke, “equally just and beautiful in this affectionate tribute to the old country, and the more so kind and eunobling a feeling spreads amongst the Americans, the better it will be for themselves. Abstractedly there is no great value in uninhabitable ruins, and no doubt a mere utilitarian would look upon the finest Gothic cathedral as a mere stone receptacle for bones and dust, which would be more profitably employed in manuring our fields; but somehow there is a feeling, in all save the obtusest of us, that will be heard in spite of utilitarianism, and we shall invariably find that whatever tends to connect us in idea with the past or future, tends also—and in a greater degree than anything else save revealed religion—to make us conscious that we belong not wholly to the earth or to the present, but are portions of immortality. He who narrows his thoughts and wishes to the time being, may certainly reap some practical advantage from this limited application of his faculties, but it will be at the expense of higher and better feelings.’

“An interest of a very peculiar kind attaches to the castles, mansions, and baronial halls of England, of which every class, in its own degree and after its own fashion, is alike sensible. With the uneducated, as a mass, this generally appears linked with the supernatural, or with deeds of violence and bloodshed; the man of imagi- nation has the same feeling, but under a higher and more fanciful aspect. ‘To distract the mind, says Dr. Johnson, ‘from all local emotion would be impossible if it were endeavoured, and would be foolish if it were possible. Whatever withdraws us from the power of our senses; whatever makes the past, the distant, or the future predominant over the present, advances us in the dignity of thinking beings. Far from me and my friends be such frigid philosophy as may conduct us, indifferent and unmoved, over any ground which has been dignified by wisdom, bravery, or virtue. That man is little to be envied whose patriotism would not gain force upon the plain of Marathon, or whose piety would not grow warmer among the ruins of Iona.’”

“To the modern mansions belong attractions of an equal amount, but of a different nature. The most republican disposition has a natural, and, we may therefore infer, a praiseworthy curiosity to become acquainted with the site of great actions, and the habits of illustrious characters. This kind of interest cannot fail to hang around most of our country halls and mansions. Those who possess them are men placed in a position commanding either a general or a local reputation; not infrequently combining both. It is wonderful to see what a strong hold these seats of the great and wealthy have upon the minds and affections of all who dwell in the same county. No doubt those in humble situations do not always view with complacency the better fortunes of others; but with this for the most part mingles a vague feeling that the honour of their country is involved in the great men and noble seats that adorn it, and that that honour is in some manner their own. To all this must be added the beauty of the landscapes in which our halls and mansions are placed, a beauty of a kind that may be considered peculiar to England, where nature has been cultivated, not superseded, while in other countries the scenery is altogether wild or altogether artificial. Those who are insensible to such considerations may perhaps find their imaginations more pleasantly stirred by the pictures, busts, relics, and curiosities that almost ever abound in the seats of our territorial proprietors.”

The family of Gregory derives from

John Longden, Esq., was father of

the additional one of

Gregory, on succeeding to the Harlaxton estate at the death of George Gregory, Esq.