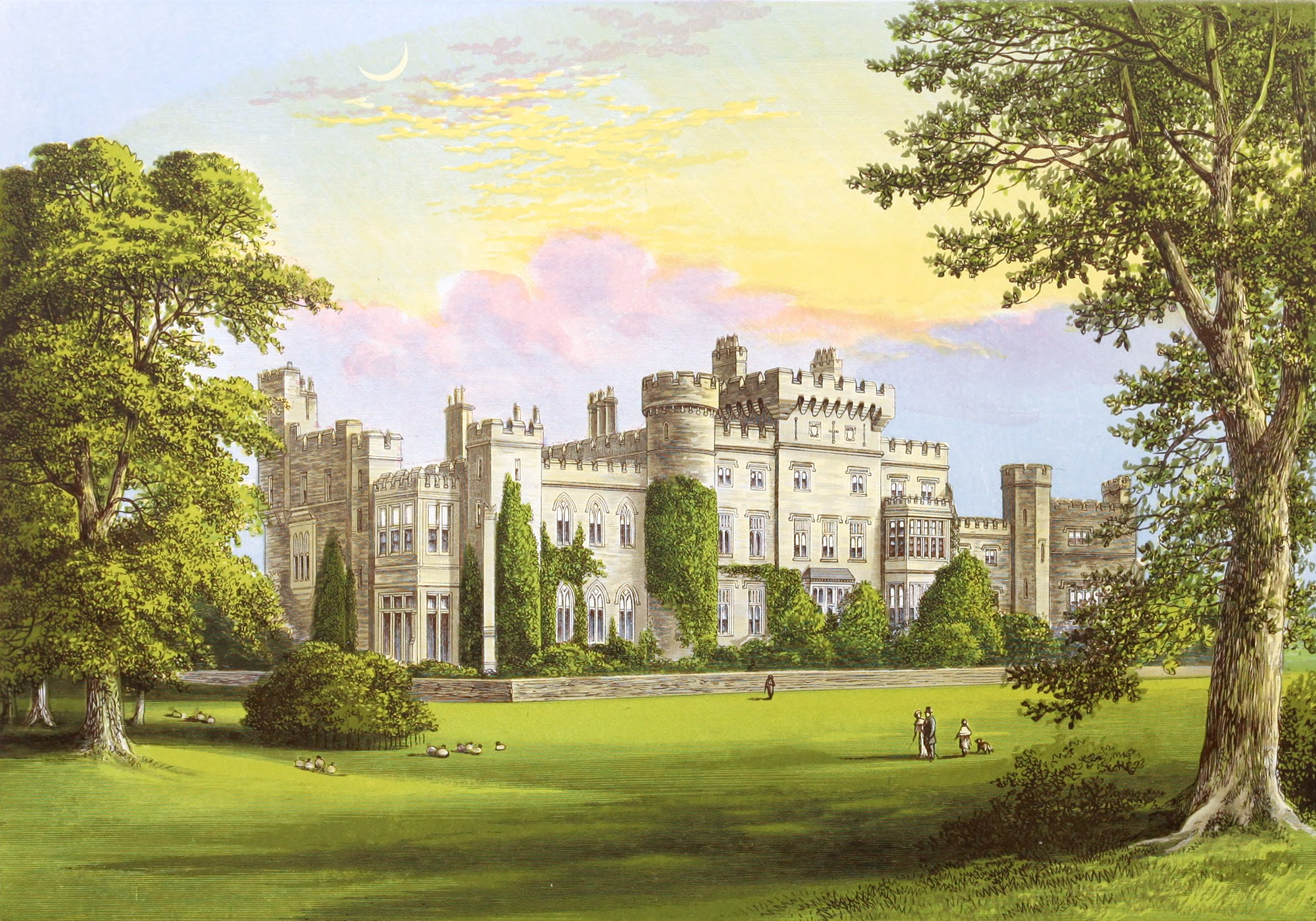 In the olden times here was a stronghold of the Saxons, arid at the date of the Conquest it was in the hands of

It was then comprehended in the grant made to

Lupus, and was afterwards held under the tenure of Seneschalship by the family of

In after times, in the wars between the Welsh and the English, it more than once had a change of owners, and, among others of these, one was

David, the Welsh Prince, but after his death on the scaffold, it went, through various other possessors, to the family of

Stanley, by whom it was held till the time of the Civil War, when the castle suffered seriously more than once, and on the beheading of the then Earl of Derby in the fight at Worcester in 1651, it was bought by

Sir John Glynne, rebuilt the house, on a new site, of plain brick, in 1752, and it was further altered, and cased with stone in the castellated style, in the year 1819, by the then proprietor. On the death of the last of the family,

Sir Stephen Richard Glynne, Baronet, the estate went, by the marriage of his eldest daughter, to that of

Thomas Gladstones, of Leith, married Helen, daughter of Walter Neilson, Esq., of Springfield, and died in 1809. His eldest son,

The Right Honourable William Ewart Gladstone, P.C., D.C.L., M.A. of Christ Church, Oxford, born December 29th., 1809, was appointed, after having filled several other minor offices, Secretary of State for the Colonies in 1845, Chancellor of the Exchequer in 1852, and again in 1859, First Lord of the Treasury from 1868 to 1874, and again, as also Chancellor of the Exchequer, in 1880, having been succes- sively M.P. for Newark, for the University of Oxford, for South Lancashire, Greenwich, and Midlothian. He married, July 25th., 1839, Catherine, eldest daughter and heiress of Sir Stephen Richard Glynne, Baronet, of Hawarden Castle, and had four sons and four daughters, the eldest son being