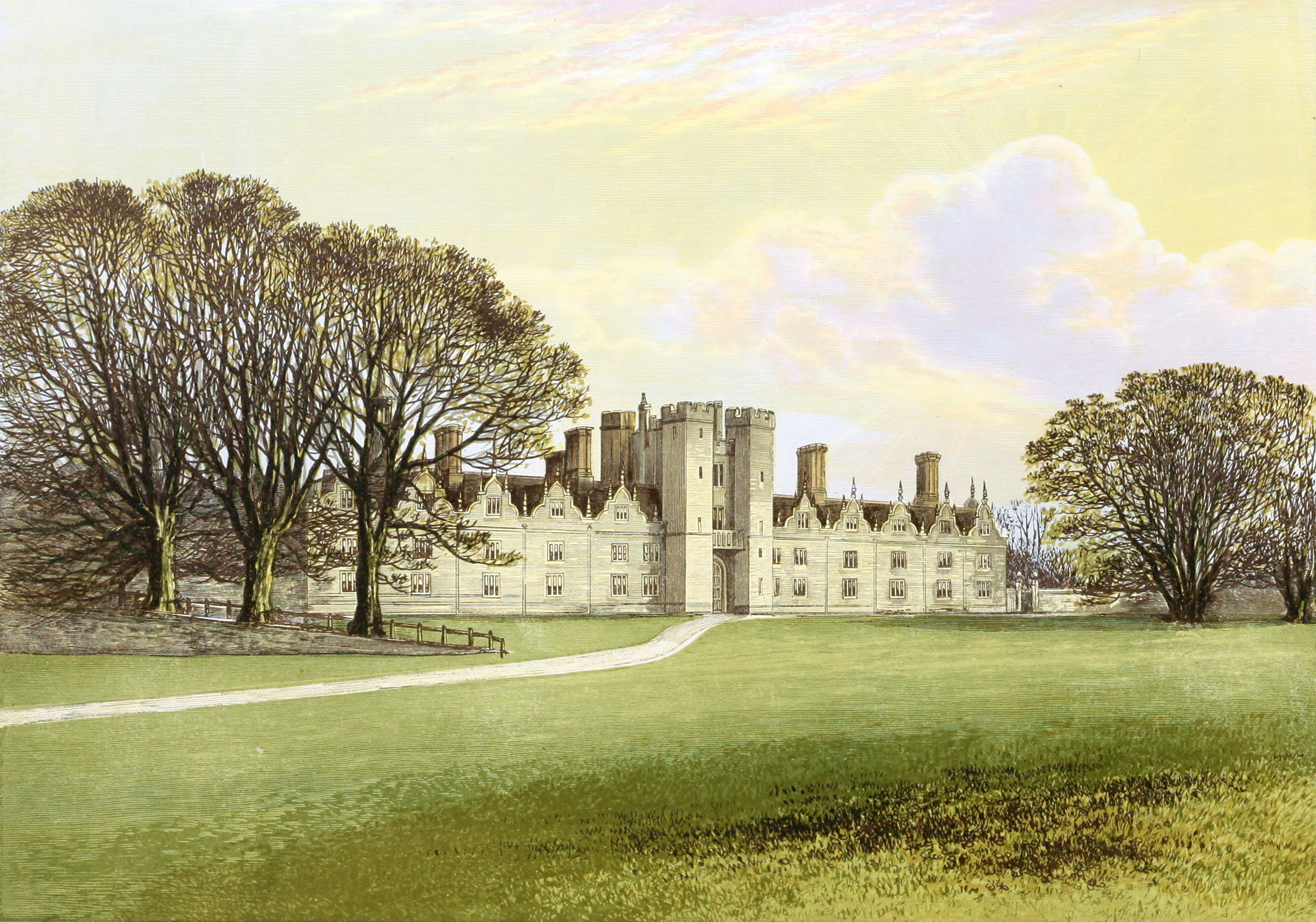 To call Knole a Baronial place or mansion, is by no means to do it justice, far, very far from it indeed, as no one can but say who lias seen it, as I have, though now many years ago, but any such length of time makes no difference in a case of this kind, where not only the house itself, but its furniture has been preserved in statu quo, exactly as it was in centuries passed by.

Some notion of the contents of the house may be formed by the mention of the fact that the paintings alone number no fewer than three hundred and six. This precludes even the mere mention of their subjects or of the individual painters of them, many of these the so-called old masters, and in not a few instances, several by one and the same of the most eminent of them. Many also of the portraits,

(among which I may briefly mention those of Martin Luther, Thomas Cranmer the Archbishop, Cardinal Wolsey, Milton, Oliver Cromwell, Queen Elizabeth, Queen Mary, John Wiekliffe the Reformer, Eoger Bacon, Sir Thomas More, Bishop Fisher, King Henry VIII., Anne Boleyn, a miniature, Bishop Gardiner, the Countess of Desmond, stated to have lived to 140, Admiral Blake, Archbishop Bancroft, Archbishop Whitgift, the Duke of Alva, etc.,) the names of the painters of which are not known, are believed to have been by the great masters, such as Holbein, and still more by his pupils and those of others.

The following is a catena of the names of the different families who have in succession held this ancient seat:—

William Mareschal, Earl of Pembroke, one of the twenty-five Barons who compelled King John to give the Magna Charta.

Reginald Pole, Archbishop of Canterbury and Cardinal. He died on the same day as the Queen, namely, November 17th., 1558.

Sir Robert Dudley, afterwards Earl of Leicester. (He restored it to her.)

The Countess of Plymouth, afterwards Countess Amherst. Her second husband was the Lord Amherst so well known as Ambassador to China in 1806, who was wrecked in the frigate Alceste on a sunken rock on his voyage home, a most interesting account of which, and of his escape with his crew from the pirate Malays, in small open boats, to Pulo Leat, and thence to Batavia, one hundred and seventy miles distant, is given in the well-known Voyage of the Alceste.

Lord Sackville, (previously the Honourable Mortimer Sackville West, her thirdsurviving son,) on the accession of his elder brother to the Earldom of De La Warr, created Baron Sackvllle, in September, 1876.