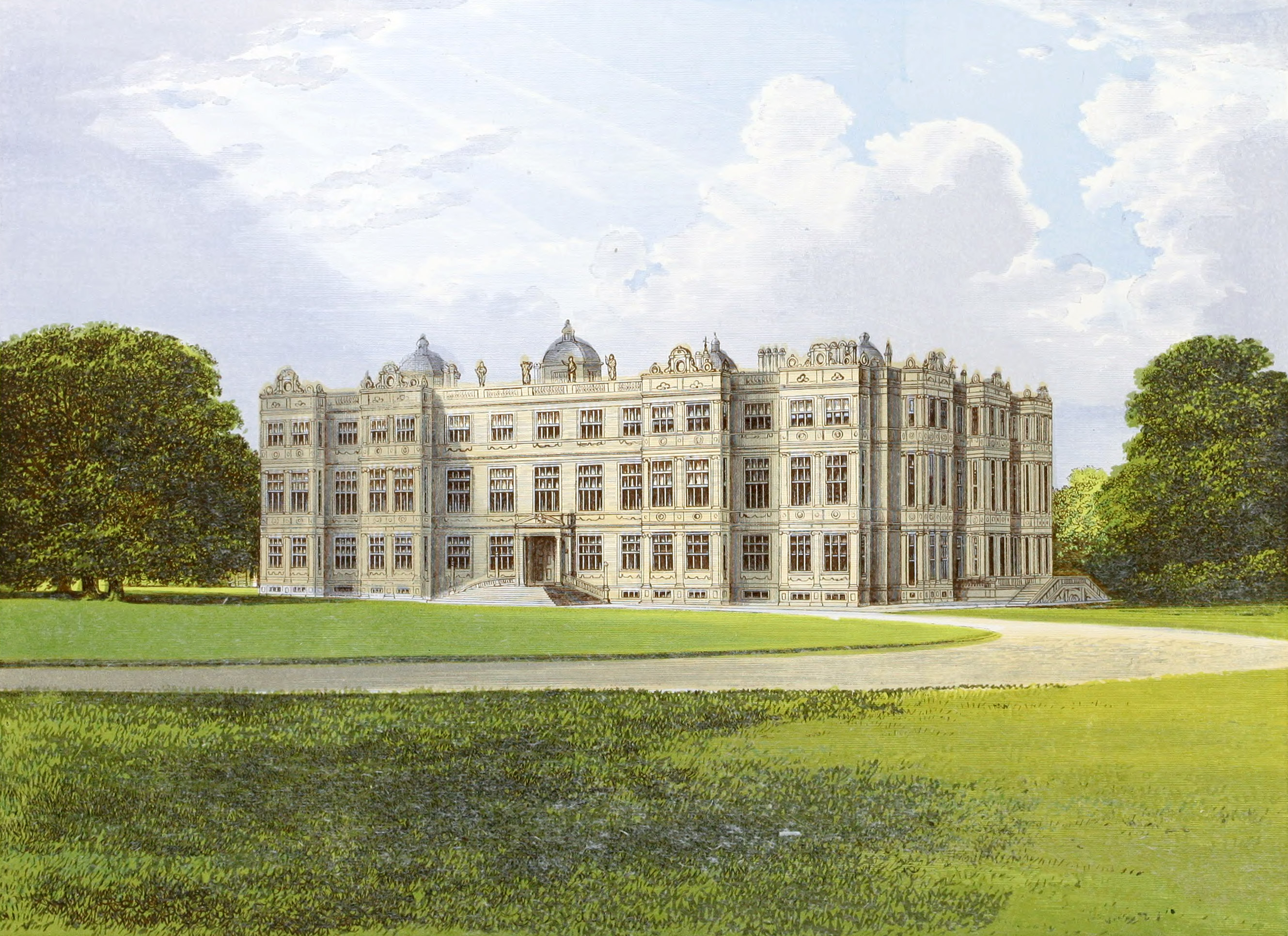 Near Warminster, Wiltshire.—Marquis of Bath.

Here was anciently a small Priory of Black Canons of the Order of St. Augustine, and at the dissolution of the monasteries by King Henry the Eighth, the site and lands were granted by the Crown to Sir John Horsey, of Clifton, in Dorsetshire, and to the then Earl of Hertford, from whom it was purchased a few months after- wards by Sir John Thyune, in whose family it has since continued.

The house is two hundred and twenty feet long, by one hundred and eighty wide, and sixty feet in height.

The library, besides a good collection of books, contains some rare and curious manuscripts.

The original name of the Thynnes was Bouteville, or Boteville, one of whom, John Bouteville, hving in the time of the wars of the Roses, from his l’esiding in one of the Inns of Court, came to be called John of the Inn, or Yune, from whence the transition to Thynne.

In 1575 Queen Elizabeth visited Sir John Thynne at Longleat. In 1663 King Charles the Second was magnificently entertained here; and in 1789 George the Third and Queen Charlotte honoured the host with a visit.

Sir Geoffry Boteville was ancestor of

Sir William Boteville, who died in 1256. Seventh in descent after him was

John Boteville, or Thynne, as above stated, who flourished in the reign of King Edward IV. His eldest son,

Ralph Boteville, or Thynne, married Joan, daughter of John Higgous, of Stretton, and had two sons, the elder of whom,

Sir Henry Frederick Thynne, of Kempsford, was created a Baronet June 15th., 1641. He married Mary, daughter of Thomas, first Lord Coventry, and had three sons, the youngest of whom,

Henry Frederick Thynne, married Dorothy, daughter and coheiress of Francis Phillips, Esq., of the Inner Temple, and dying in 1705, left a son,

Sir Thomas Thynne, having sat in Parliament for several years, was raised to the Peerage, December 11th., 1682, as Baron Thynne, of Warminster, in Wiltshire, and Viscount Weymouth, with remainder to his brother in case of his dying without an heir. He married the Honourable Frances Finch, daughter of Heneage, second Earl of Winchilsea, and had an only son, who however having died without male issue, his father was succeeded at his death, July 28th., 1714, by his grandnephew,

Thomas Thynne, second Viscount Weymouth, who married for his second wife, in 1733, Lady Louisa Carteret, daughter of John, Earl Granville. The elder of his sons,

Thomas Thynne, K.G., second Marquis of Bath, born January 25th., 1765, Lord Lieutenant of Somerset, F.S.A. and F.L.S., married, April 24th., 1794, Isabella Elizabeth, third daughter of George, Viscount Torrington, by whom he had a large family, of whom the eldest son to survive,