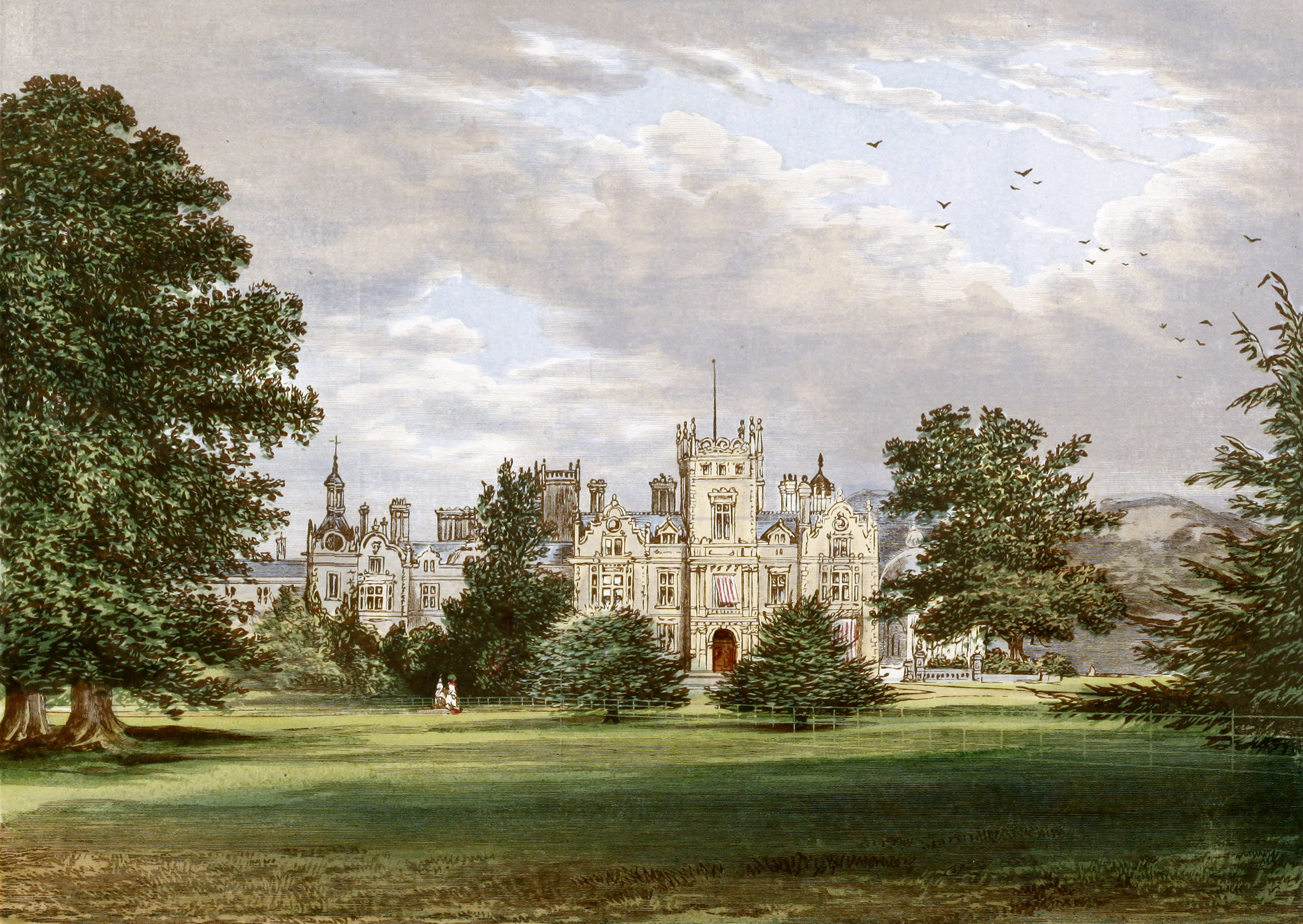 Preston Hall, the seat of Henry A. Brassey, Esq., M.P., is of very ancient date, and was formerly the residence of the Colpepper family, who were proprietors of the Preston Hall estate, which comprises the manors of Aylesford, Eccles, Tottington, and Cossington. The estate passed from them to the Milners, from whom it was purchased by E. L. Betts, Esq. Since that time the old mansion has been removed, and the present handsome stone edifice erected upon a more elevated but not far- distant spot. Near the site of the old hall there is still a large barn, bearing the initials T. C, and the date 1102.

The parish of Aylesford was anciently a royal demesne, and is mentioned as such in “Domesday Book,” and within it the families of De Grey, Wyatt, Colpepper, Sedley, and Cosenton resided or held considerable property.

Ancient Roman and other relics have been frequently discovered here. About the year 455, a battle was fought here between the Britons and Saxons, in which both Catigern and Horsa were killed, and which resulted in the Saxons leaving the kingdom for some time. It was here also that Edmund Ironside desisted from his pursuit of the Danes under Canute; and upon Blue Bell Hill, in the immediate neighbourhood, the traces of ancient military entrenchments are still discernible.

In the possession of Druidical remains the parish of Aylesford is also remarkable. One of these, a cromlech, named Kit’s Coty House, is described as being “composed of four large stones, three of them placed in an upright position, one across at the back between the other two, forming a rude shed, and the fourth lying flat upon the top of them, forming a roof. The two outside stones are each about eight feet high, eight feet broad, and two feet thick; the back stone is not so broad, but of a similar height; the top stone is about eleven feet long, eight feet broad and two feet thick. The structure is capable of afibrding shelter to several persons. It is supposed to be a place of sepulture; tradition says it is the burial-place of Catigern.” A larger structure of a similar kind originally stood somewhat nearer to the village of Aylesford, but having fallen down at some period unknown, the stones now lie in a confused heap, and are partly overgrown with trees. In a field close by the Tottington farm buildings many large stones of a like description are scattered, as well as at the bottom of a pond upon the same farm; and near these a solitary flat stone of huge dimensions, which, from its shape, is called the Coffin. This spot was evidently one of much, importance among tlie Druids, and attracts many visitors.

The church at Aylesford, dedicated to St. Peter, is a handsome structure of the fourteenth century, and contains several ancient and costly monuments of the Colpeppers and Rycauts; one also of Sir John Banks, Baronet, who died in 1699. The parish register dates from the year 1653.

A building, called the Friars, still existing upon the bank of the Medway, was the earliest foundation in England of the Carmelite Friars, who were brought over by Richard de Grey, of Codnor, on his return from the Holy Land, and who founded this priory, which was afterwards dissolved by King Henry the Eighth. The remains of Richard, Lord Crey, of Codnor, were brought from Normandy and buried here, as were also those of other members of that family.

New National Schools were erected in 1872, the boys’ school by subscription, largely aided by Mr. Brassey, who presented the site and play-ground; and the girls’ school was built solely at the expense of that gentleman.