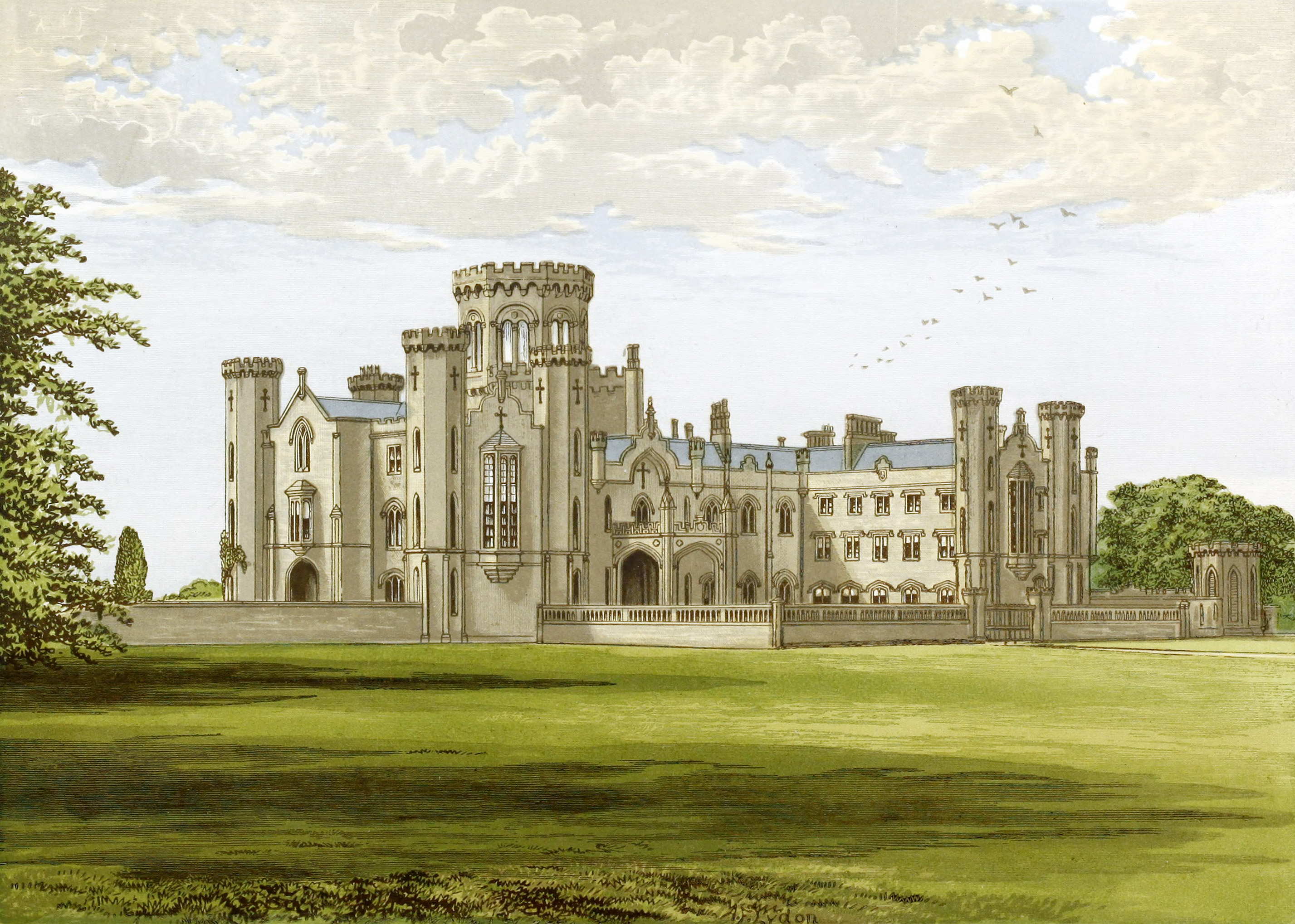 At the Conquest the parish of Studley was entirely in possession of William, son of Corbicon, whose son Peter passed it away with his daughter in marriage to Henry de Montfort. It afterwards came into possession of William Beauchamp, Lord Abergavenny, and eventually was possessed by the Knights Templars. The above-named Peter founded a Priory of regular Augustine Canons here in the reign of King Stephen, which was so amply endowed that in 1399 the monks were enabled to begin rebuilding the church constructed at their foundation. After the dissolution of this priory, the site of the monastery, with the manor of Studley, were granted to Sir Edmund Knightley, Sergeant-at-Law in the 30th. of Henry the Eighth, and it subsequently passed by marriage to John Knotsford, Sergeant-at-Arms. The remains are now occupied as a farmhouse, and several tenements, occupied by labourers on the estate, have been constructed out of the ruins of the old castle.

The present magnificent structure was erected by the late Sir Francis Lyttleton Holyoake Goodricke, about the year 1830, from whom the property was purchased by the father of the present proprietor.

The Castle, which is in the pure Norman style of architecture, is built entirely of native stone, and seated on a commanding eminence, sixteen miles south of Birmingham, fifteen east of Worcester, fourteen west of Warwick, and fifteen west of of Leamington.

Placed in a finely timbered park of eight hundred acres, very extensive and charming views over Warwickshire and Worcestershire are obtained from the terraces along the south front of the Castle, from whence also the river Arrow may be seen winding its way.

The mansion comprises centre and two wings, and forms three sides of a quadrangle, the fourth being enclosed as a courtyard, by a dwarf turreted wall, entered through massive iron gates with noble entrance and porte cochere.

The entrance hall opens to a vestibule occupying the whole of the principal tower, one hundred feet high, and from this open the principal reception rooms, dining hall saloon, octagon library, small round towers, etc.

The grand staircase, (whidi is of polislied oak, as are all tlie floors,) leads to tlie great gallery, round tlie octagon tower, wliicli opens to tlie visitors’ rooms, and corridors from this gallery communicate with the wings of the mansion.

The principal rooms form a noble suite, and open to a broad gravel terrace, looking upon the park and ornamental waters and the beautiful lawns and pleasure grounds, which abound with luxuriant flowering shrubs, evergreens, and ornamental trees of fine growth, and are studded with forest timber.

The district is the most beautiful part of Warwickshire, on the border of Worcestershire, beautifully undulated, and thickly timbered, being part of the ancient forest of Arden.

One of the greatest ornaments of the castle is the magnificent service of Malachite and Gold, from the collection of the late Prince Demidofi”, which was brought here with many other works of art from San Donato.

In old times there was a deer park attached to the Castle, but herds of Highland cattle have now taken the place of their fleeter, but not more picturesque predecessors.

Thomas Eades Walker, Esq., the present proprietor of Studley Castle, elder son of Thomas Walker, Esq., of Berkswell Hall, in the same county, born in 1843, was educated at Harrow and Christ Church, Oxford, and elected M.P. for East Worces- tershire at the general election in 1874. He is descended from an old Warwickshire family, who have been landowners in this county for many generations, but which owes its present position to the genius and great business capability of the father

of the present owner of Studley, who was for many years largely interested in the iron trade of the Midland Counties.