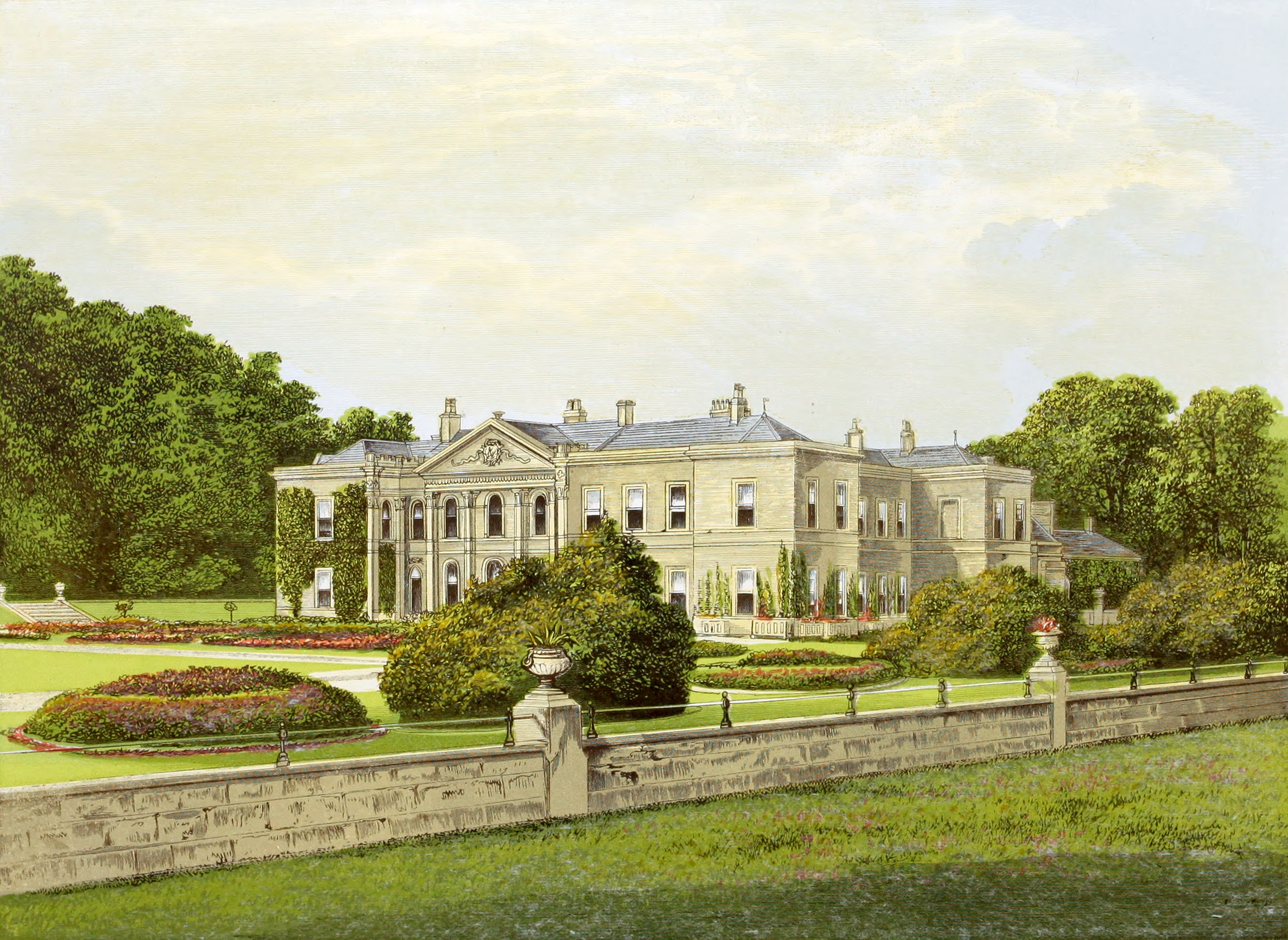 Near Ripon, Yorkshire.—Marquis of Ripon.

Sir William Robinson, Knight, served the office of High Sheriff of the County in 1638. He married, first, Mary, one of the coheiresses of Sir William Bamborough, of Howsham, Yorkshire, but by her had no surviving issue. He married, secondly, Frances, daughter of Sir Thomas Metcalfe, Knight, of Nappa, in the same county, and their eldest son,

Metcalfe Robinson, Esq., was created a Baronet, July 30th., 1660, and was Member for York in several successive Parliaments. He married Margaret, daughter of Sir William D’ Arcy, of Witton Castle, Yorkshire, but dying sine prole in 1689, the title expired, and the estates went to his nephew,

Sir Metcalfe Robinson, Bart., who died a few days afterwards, and the title devolved on his brother,

Sir Tancred Robinson, Bart., an officer in the Royal Navy, and who attained the rank of Rear-Admiral of the White. He was twice Lord Mayor of York, in 1718 and 1738. He married Mary, only daughter and heiress of William Norton, Esq., of Dishforth, Yorkshire, and had nine children. The eldest son,

Sir William Robinson, Bart., married Dorothy, daughter of John Thornhill, Esq., of Stanton, but died without children, March 4th., 1770, when he was followed by his brother,

Sir Thomas Robinson, Bart., Secretary to the Embassy to Paris, and afterwards employed in various diplomatic capacities, sworn of the Privy Council in 1750, and in 1754 constituted one of the principal Secretaries of State, which office he held till 1755. He was raised to the Peerage as Baron Grantham, April 7th., 1761, and afterwards appointed one of the Postmasters-General of Great Britain and Ireland. He married Frances, daughter of Thomas Worsley, Esq., of Hovingham, in the county of York, and dying, September 30th., 1770, was succeeded by bis elder son,

Sir Thomas Robinson, second Baron Grantham, born November 30th., 1738. He was, successively, Ambassador to the Court of Spain in 1771, First Lord-of-Trade in 1779, and Secretary of State for Foreign Affairs in 1782. He married, August 17th., 1780, Mary Jemima, second daughter and coheiress of Philip, second Earl of Hard wicke, by Jemima, Marchioness De Grey, by whom he had two sons,

1. Thomas Philip Robinson, Earl de Grey, Baron Lucas, and Baron Grantham. He first took the name of Weddell in lieu of that of Robinson, and afterwards, on succeeding to his aunt, assumed the name and arms of De Grey.

2. Frederick John Robinson, born November 1st., 1782, First Lord of the Treasury, 1827 to 1828, created Viscount Goderich, April 28th., 1827, and afterwards Secretary of State for the Colonies, and Lord Privy Seal, was further advanced to the Earldom of Ripon, April 13th., 1833. He married, September 1st., 1814, the Honourable Sarah Albinia Louisa Hobart, only daughter, and eventually coheiress, of Robert, fourth Earl of Buckinghamshire, and left at his death, January 28th., 1859, with a daughter, Eleanor Henrietta Victoria, deceased, October 31st., 1826, a son,