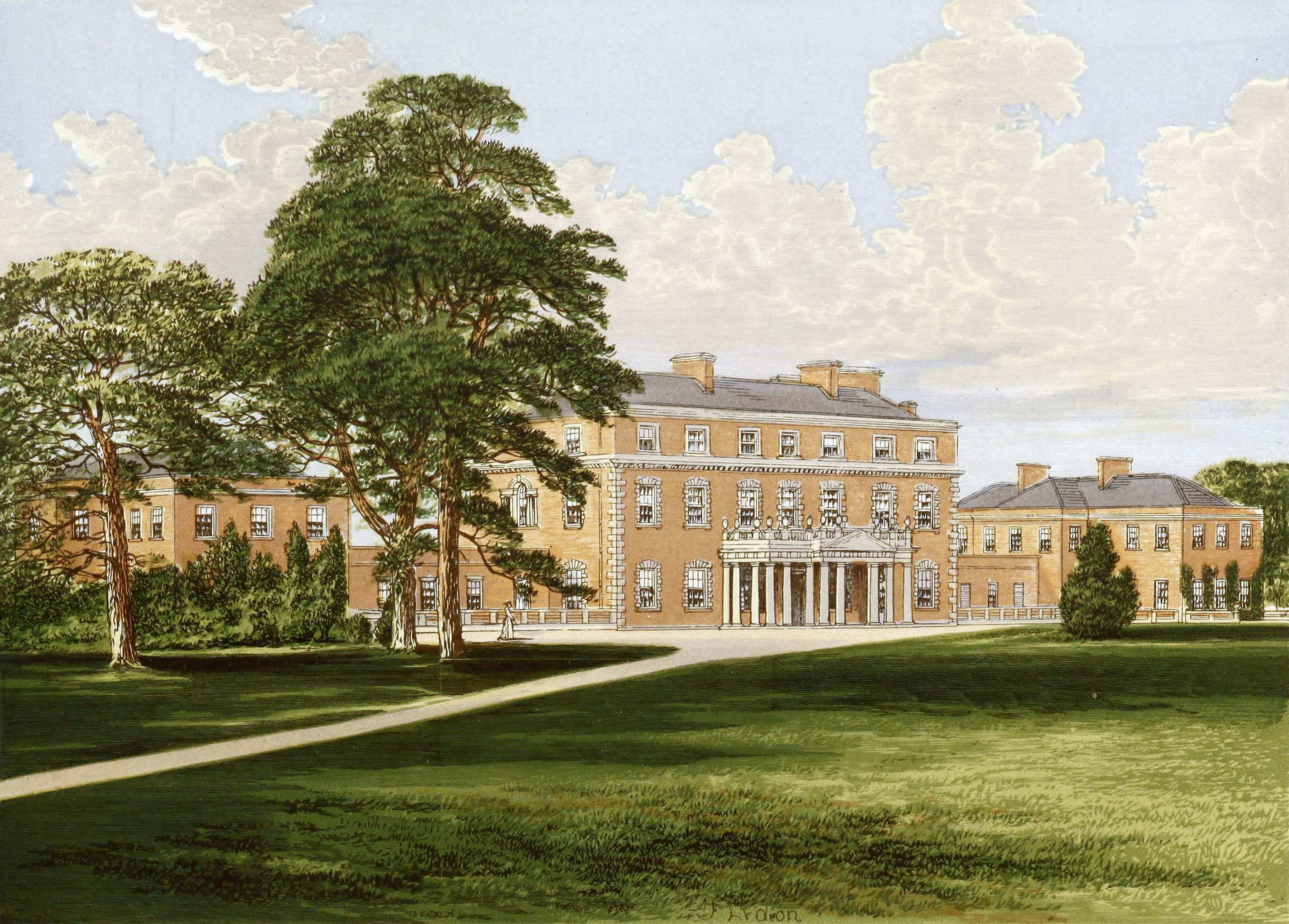 Mr. Vandeput purchased the property of the Bucklands of Standlynch, pulled down the old house in the valley, and built the present structure in 1733. The property was purchased in 1814 under an Act of Parliament for the heirs of the conqueror of Trafalgar. The wings were built by Mr. Dawkins, who purchased the building of Sir William Young, to whom the Vandeputs sold it, and a portico by Rivett was added in 1766. The hall, a cube of thirty feet, is decorated with a profusion of stone carving. The walls of one of the rooms were painted by Cipriani, representing the family of Sir William Young.

In the park are noble woods of beech, and near the river side is a chapel, rebuilt in the seventeenth century, said to have been founded as early as 1147. Adjoining Trafalgar House is Barford, now a farm-house, purchased by the late Earl Nelson, and formerly the residence of Lord Feversham.

William Nelson, living in the time of Edward the Sixth, came out of Lancashire and settled in Norfolk. He was father of

Thomas Nelson, of Scarning, Norfolk, born there about the year 1600, whose son, Edmund Nelson, also born at Scarning in 1625, was father of

William Nelson, of Dunham Parva, Norfolk, born at Scarning in 1654, married Mary, daughter of Thomas Shene, of the same place, and by her left, at his death, January 27th., 1713, three sons, of whom the youngest was

The Rev. Edmund Nelson, M.A., Vicar of Sporle, and Rector of Hilborough, Norfolk, born 1693, who married Mary, daughter of Mr. John Bland, of Cambridge, and had by her, with other children.

The Rev. Edmund Nelson, M.A., Rector of Hilborough and Burnham Thorpe, in Norfolk, born in 1722. This gentleman married, May 11th., 1749, Catharine, only daughter of the Rev. Maurice Suckling, D.D., Prebendary of Westminster, whose wife was Mary, daughter of Sir Charles Turner, Bart., of Wareham, Norfolk, by his wife Mary, daughter of Robert Walpole, Esq., of Houghton, Norfolk, and sister of Sir Robert Walpole, K.G., first Earl of Orford, and of Horatio, Lord Walpole of Wolterton. This lady, by her direct descent on the father’s side from the Careys, in Henry the Eighth’s reign, brought a royal descent in three lines from Edward the First to her warrior son. The Rev. Edmund Nelson died April 26tli., 1802, having had eight children, of whom the fifth son was

Horatio Nelson, first Baron Nelson, the Hero of the Nile, also made a Viscount, born at the Parsonage House, Burnham Thorpe, September 29th., 1758, married, March 22nd., 1787, Frances, daughter of William Herbert, Esq., and widow of Josiah Nisbet, Esq., M.D., but had no children. He died in the hour of victory, October 21st., 1805, when his titles reverted, according to the limitation, to his elder and only surviving brother, namely.

The Rev. William Nelson, D.D., Prebendary of Canterbury, second Baron and Viscount Nelson, created, November 20th., 1805, Viscount Merton of Trafalgar and Earl Nelson, with remainder to his own heirs male, and failing such to the heirs male of his sister Mrs. Bolton, and failing such to the heirs male of his other sister, Mrs. Matcham. He married first, November 9th., 1786, Sarah, daughter of the Rev. Henry Yonge, by whom he had a son, Horatio Viscount Trafalgar, born October 26th., 1788, who died unmarried January 17th., 1808, and a daughter, who succeeded to the dukedom of Bronté and the property in Sicily attached thereto, which is still held by her son, the present Viscount Bridport. He married, secondly, March 26th., 1829, Hilare, third daughter of Admiral Sir Robert Barlow, G.C.B,, but died without further issue, February 28th., 1835, and was succeeded by his nephew,

Thomas Bolton, second Earl, who took in lieu of his patronymic the surname and arms of Nelson. He married, February 21st., 1821, Frances Elizabeth, daughter and heiress of John Maurice Eyre, Esq., of Landford and Brickworth, Wiltshire, who, through her great grandmother, Jane Buckland, of Standlynch, was the lineal descendant of the ancient Lords of this Manor, and had with other children,