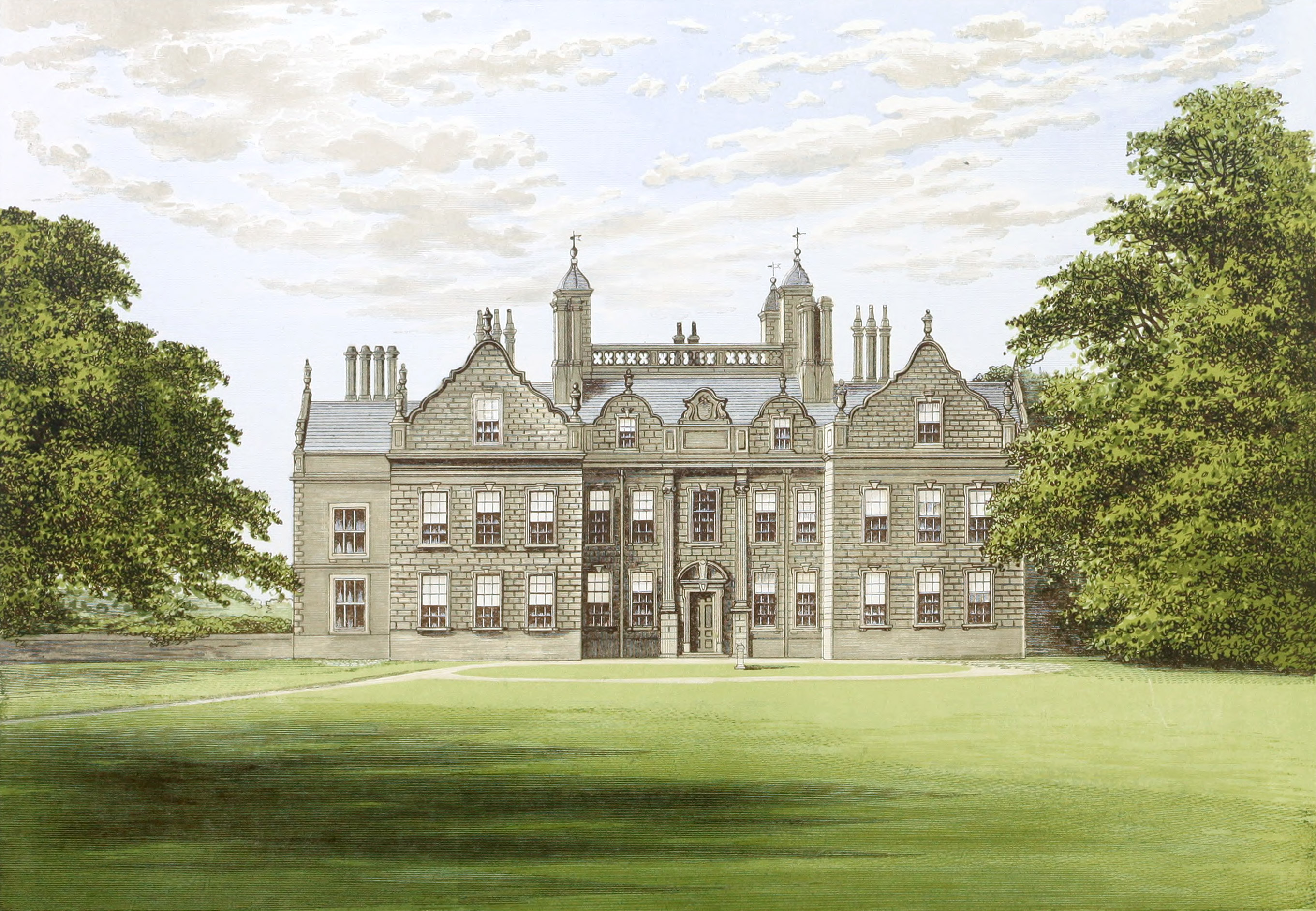 Near Ashby-de-la-Zouch, Leicestershire.—Earl of Loudoun.

William de Clifton, living in 1257, is stated to have been the ancestor of (sixth in descent)

Thomas Clifton, who accompanied Henry the Fifth into France, 1415. He died in 1412, leaving by his wife Agnes, daughter of Sir Richard Molyneux, of Sefton, Knight, a son,

Thomas Clifton, Esq., of Westby, who married Anne, daughter and coheiress of Sir Cuthbert Halsall, of Halsall and Clifton. He died December 15th., 1657, and was succeeded by his eldest son,

Cuthbert Clifton, Esq., of Clifton and Westby, who married, in 1641, Margaret, daughter and sole heiress of George Ireland, Esq., of Southworth, Lancashire, but having no children, was followed by his brother,

Sir Thomas Clifton, born July 7th., 1623, created a Baronet in 1642. His first wife was Bridget, daughter of Sir George Heneage, of Hainton, in the county of Lincoln, and they had several children, who all died young except one daughter. He married secondly, Bridget, daughter of Sir Edmund Hussey, Knight, of Hunnington, Lincolnshire, but had no sou. He died November 13th., 1694, when the Baronetcy became extinct, and the estates devolved on his nephew,

Thomas Clifton, Esq., of Clifton, Westby, and Lytham, who married thrice, the last wife being Lady Jane Bertie, daughter of Willoughby, third Earl of Abingdon, by whom alone he left surviving issue, one, an only, son, who, at his death, May 11th., 1783, succeeded as

John Clifton, Esq., of Clifton, Westby, and Lytham, born 1764, who married in 1785, Elizabeth, daughter of Thomas Riddell, Esq., of Felton Park and Swinburne Castle, Northumberland, and had several children, of whom the eldest son (he died March 23rd., 1832,) was

Thomas Clifton, Esq., of Clifton and Lytham, J.P. and D.L., born January 29th., 1 788, who married, March 17th., 1817, Hetty, daughter of Peregrine Treves, Esq., Postmaster-General of Calcutta, and widow of David Campbell, of Kildalloig, Argyleshire, and had five sons, of whom the third,