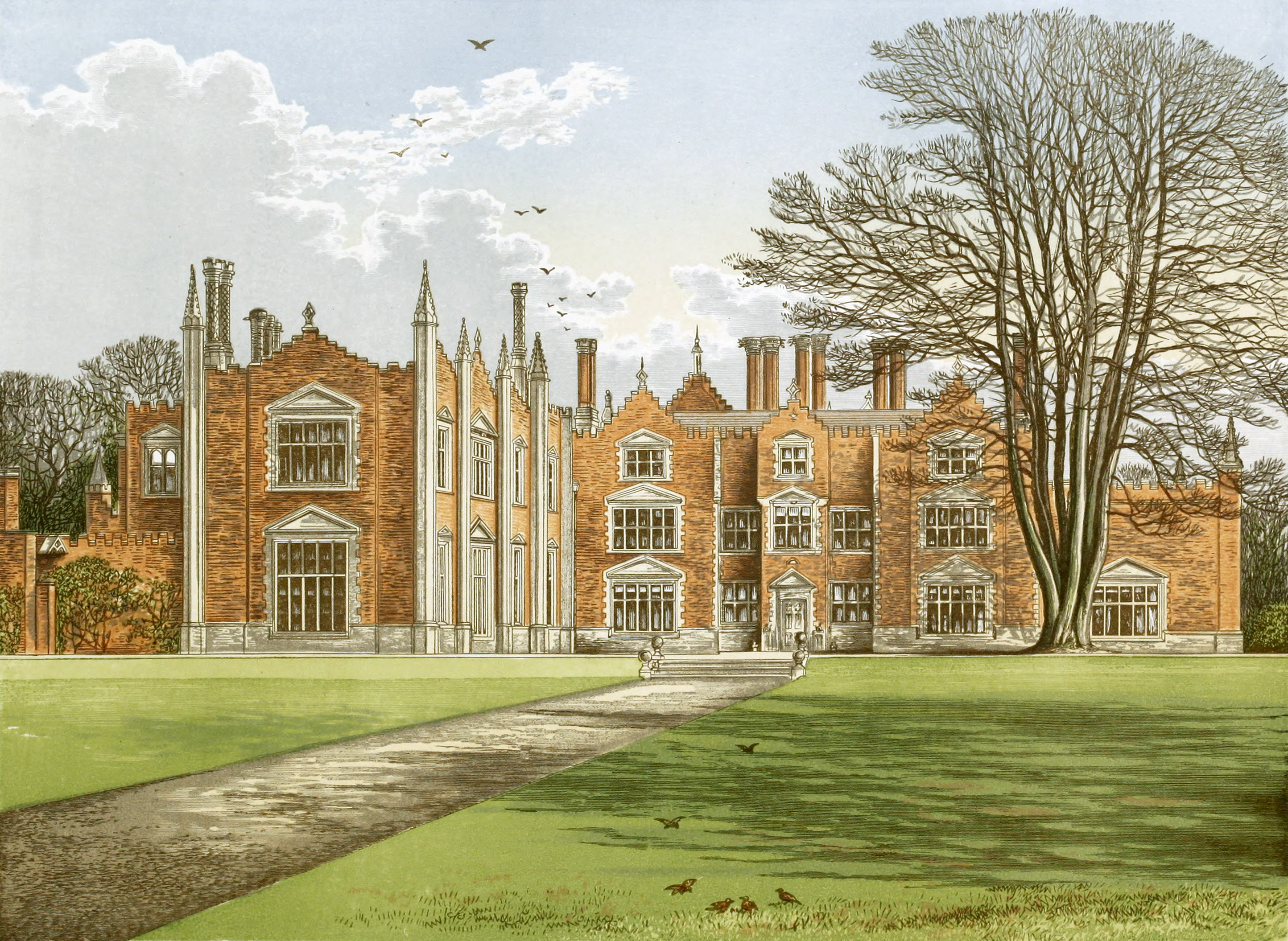 Witchingham Hall is an Elizabethan structure, but the centre of the building is of anterior and ancient date. It was originally encircled by a moat, the remains of which are clearly visible.

Early in the eighteenth century considerable additions were made to the residence, and about fifty years ago Mr. Tompson made still more extensive alterations in the house and adjacent buildings. His son, Mr; Kett Tompson, completed the edifice as it now appears.

The old oak fittings and furniture of the house are remarkable, and the dining room is hung with Gobelin tapestry of royal manufacture, illustrating scenes in the Iliad.

Witchingham Hall is the property of Viscount Canterbury, who succeeded to it by the will of his brother-in-law, the late Mr. Kett Tompson.

As mentioned in a previous article in this volume, the family of Lord Canterbury has a common descent with those of Lord Manners and the Duke of Rutland.

Sir Robert de Manners was Lord of the Manor of Ethale in Northumberland. From him descended

Sir Robert de Manners, Knight, living in the reign of King Edward the Second, as one of the principal persons in that shire.

After him, following a long line of distinguished ancestors, was

Lord George Manners (who assumed the additional surname of Sutton), and his fourth son.

Sir Charles Manners-Sutton, for some time Speaker of the House of Commons, was raised to the Peei-age, March 10th., 1835, as Viscount Canterbury, and his son,