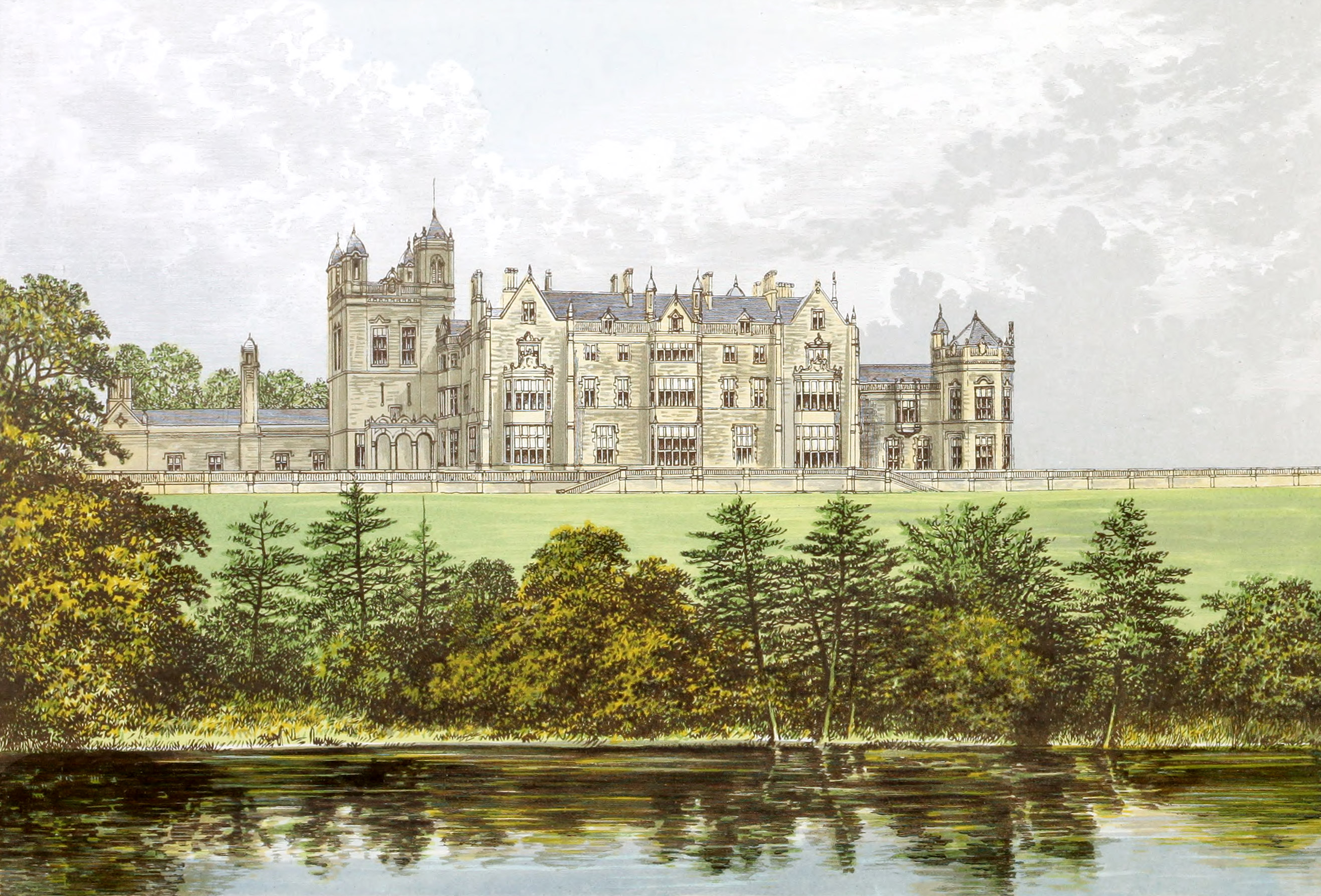 Near Manchester, Lancashire.—Earl of Ellesmere.

One of the Crusaders, one of the earliest of them, by name

Elias, or Eliseus, the founder of the family of Worsley, is recorded to have held the manor of Workeslegh, or Workedlegh, so early as the time of the Conquest.

In Hopkinson’s “Pedigrees of Yorkshire’ we read of him, that “This Elias was seized of the manor of Workesley, now Worsley, about the Norman Conquest, A.D. 1066. He was of such strength and valour that he was reputed a giant, and in old scripts is often called Elias Gigas. He fought many duells, combats, etc. for the love of our Saviour Jesus Christ, and obtained many victories.” He is stated to have met his death at Rhodes.

Worsley Hall, the present house, is a stately mansion built of brick, and stands on high ground which not only overlooks the extensive park attached to it, but commands a view of no fewer than seven counties.

It was built by Francis, Duke of Bridgewater, about the middle of the last century.

The old hall, with its pointed gables, seated on the site of the gardens belonging to the modern house, is described as “remarkable as the depository of a series of spirited grotesque and allegorical heads, with an intermixture of ornamental devices engraved in oaken panels, and brought within the present century from one of the state rooms of Hulme Hall, Manchester, one of the manorial mansions of the family of Prestwich. Many of the sculptured heads represent the domestic buffoons of the sixteenth century; others are suggested by religious mysteries. The costumes appear mostly of the fashion of the reigns of Henry the Seventh and Henry the Eighth.”

Sir Walter Scott expressed the highest admiration in inspecting drawings of these heads by Captain Jones.

The Roman antiquities discovered in recent times at Castlefield are preserved at Worsley Hall.

Sir Allan Gower, Lord of Stittenham, in Yorkshire, High Sheriff of the County at the time of the Conquest, (or, by others, from William Fitz Guyer, of Stittenham, living in 1167.)

In the female line it derives from

William, seventeenth earl, had an only daughter,

Elizabeth, married to George Granville, Marquis of Stafford, and their son was