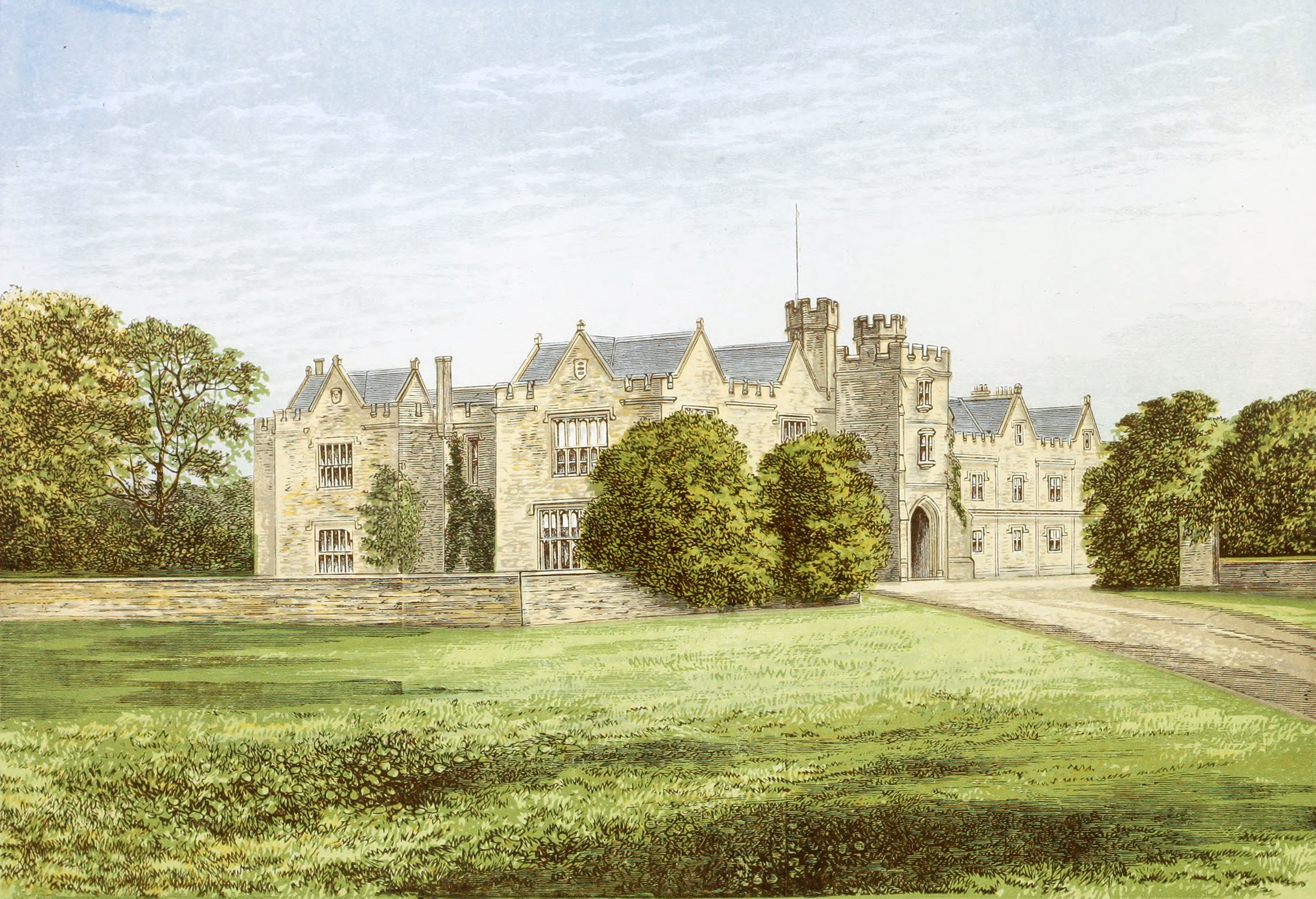 Near Oxford, Oxfordshire.—Earl of Abingdon.

Wytham, or Witliam Abbey, for so tiio name is differently or indifferently spelt, is situated about three miles from the city of Oxford, on a rising ground above the bank of the river Isis.

Here was in ancient times a nunnery, removed from its previous settlement in the neighbouring town of Abingdon, where it had been first established, but, as may without difficulty be supposed, nothing but the name of the ancient pile remains.

The more modern edifice was built in the reign of King Henry the Seventh by Sir Richard Harcourt, who became possessed of the manor of Wytham in 1480.

It seems, however, from the present form of the windows that some alterations were made in the original structure during the reign of Queen Elizabeth, or that of King James the First.

“In early days the neighbourhood became celebrated as the site of the so-called Berkshire Tragedy, which was booked into a ballad still preserved in the Roxburgh Collection under the name of Wittarim Miller. The case was one unfortunately of too common occurrence, and the song which records it, though enshrined with other valueless rarities, might have been left to its proper fate without much loss to any one.”

The family of Lord Abingdon derives in the male line from Robert Bertie, Lord of Bersted, near Maidstone, in Kent, living in the fifteenth century, who is stated to have been descended from the Berties, Free Barons of Bertielaw, in Prussia.

In the female line his lordship deduces his descent from the family of Norreys (afterwards Norris,) of which

John Norreys, of Bray, was ancestor of

Sir William Norris, of Yattenden, in the county of Berks, one of the Knights of the body to King Edward the Fourth.

To him succeeded successively, if so one may say,

Francis Norris, second Baron, who married Lady Bridget de Vere, daughter of Edward, Earl of Oxford, and had an only daughter and heiress,

The Honourable Elizabeth Norris, who married Edward Ray, Esq., Groom of the Bedchamber to King James the First, and was mother of an only daughter and heiress,

Bridget Wray, who wedded the Honourable Edward Sackville, second son of Edward, fourth Earl of Dorset, and secondly, Montagu, Earl of Lindsey, (his second wife,) and by the latter had, with other issue,

The Honourable James Bertie, who was also summoned to Parliament as Baron Norreys of Rycote, in 1675, and further raised in the peerage as Earl of Abingdon, 30th. of November, 1682.

He was succeeded by his eldest son,

Willoughby Bertie, fourth Earl, and he by

Montagu Bertie, D.C.L., High Steward of Abingdon, and Lord Lieutenant of Berkshire, who was followed by

Montagu Bertie, fifth Earl, one of the co-heirs to the Barony of Williams of Thame.