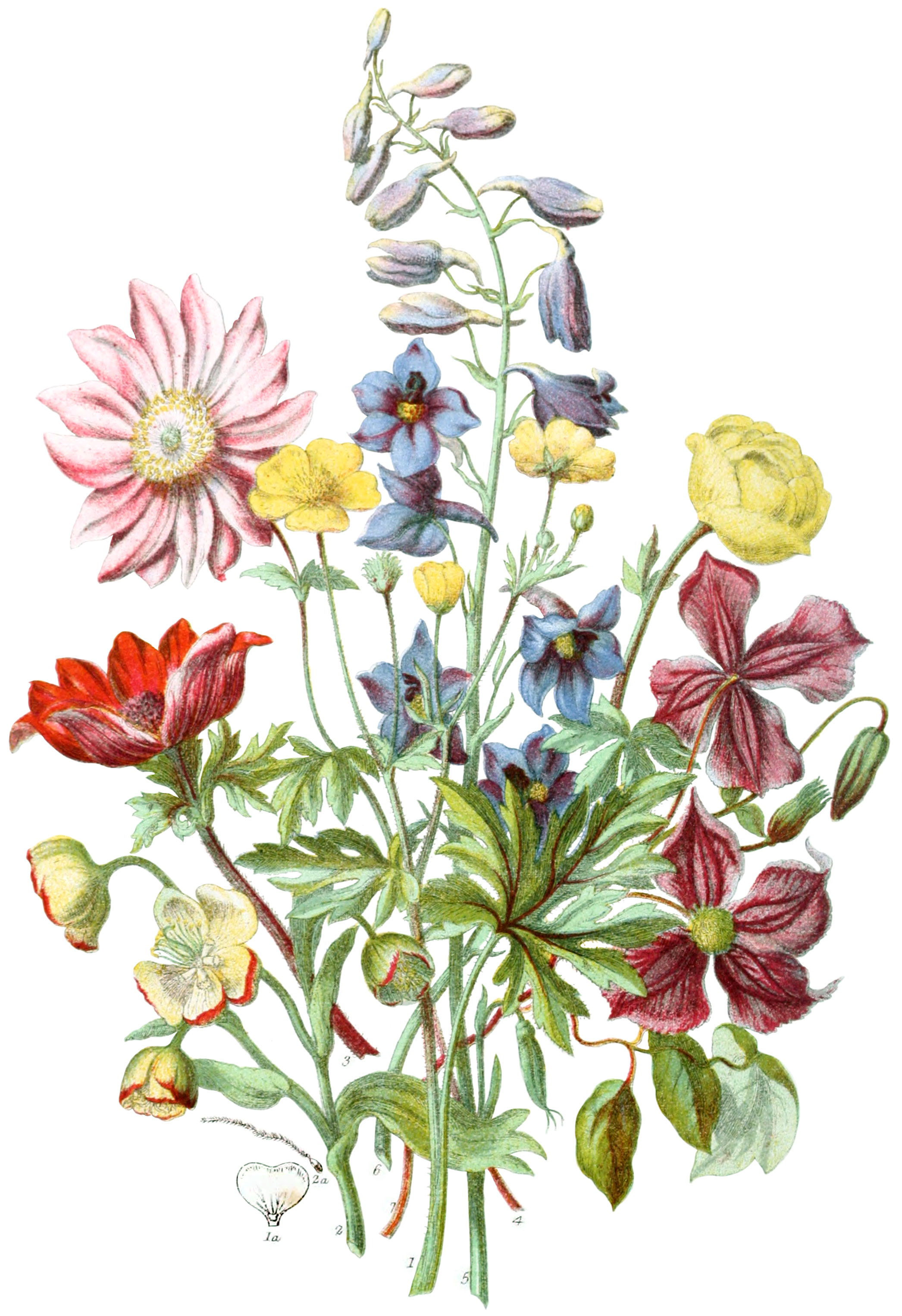 This Order consists of herbs and shrubs, the climbing species of Clematis being almost the only instance of a woody stem. The leaves grow either opposite or alternate on the stem; they are generally much divided. The leaf-stalks form 2 kind of sheath partly enclosing the stem. The flowers vary much in form, but in essential parts a great similary prevails throughout the Order. The petals usually five, one having sometimes a horned spur or nectary, as in Delphinium. The number of the petals varies from 3 to 15. The parts of the calyx also vary, and are sometimes coloured and form the actual flower, as in Hellebore. The stamens are many, placed below the ovary, which is composed of many seed-vessels of one cell each, or combined into one vessel containing many cells. The seed-vessel, when ripe, is either a cluster of several dry cells, as in Ranunculus, or a berry, with one or more seeds, as in Actea; or a pouch, with one or more valves, as in Larkspur. The seed has sometimes a feathered end, as in Anemone or Clematis.

Allied in some points with the Magnolia, and the Poppy tribe.

Acrid and even poisonous properties prevail in these plants.

Several of the most common and favourite flowers of our fields belong to this tribe.

All this tribe requires a cool climate, and is widely dispersed in all suitable places; in the tropics on mountains. The greatest portion of these plants are in Europe. North America has many. R. acris and others grow in Iceland and Lapland; Trollius europæus in Norway. One species was found in Melville Island, 75° N. Lat. About 100 species belong to the Himalayas, R. bulbosus of England amongst them, but more hairy. A beautiful white Clematis climbs over trees in New Zealand.

*7a was labled as 2a in the original illustration.