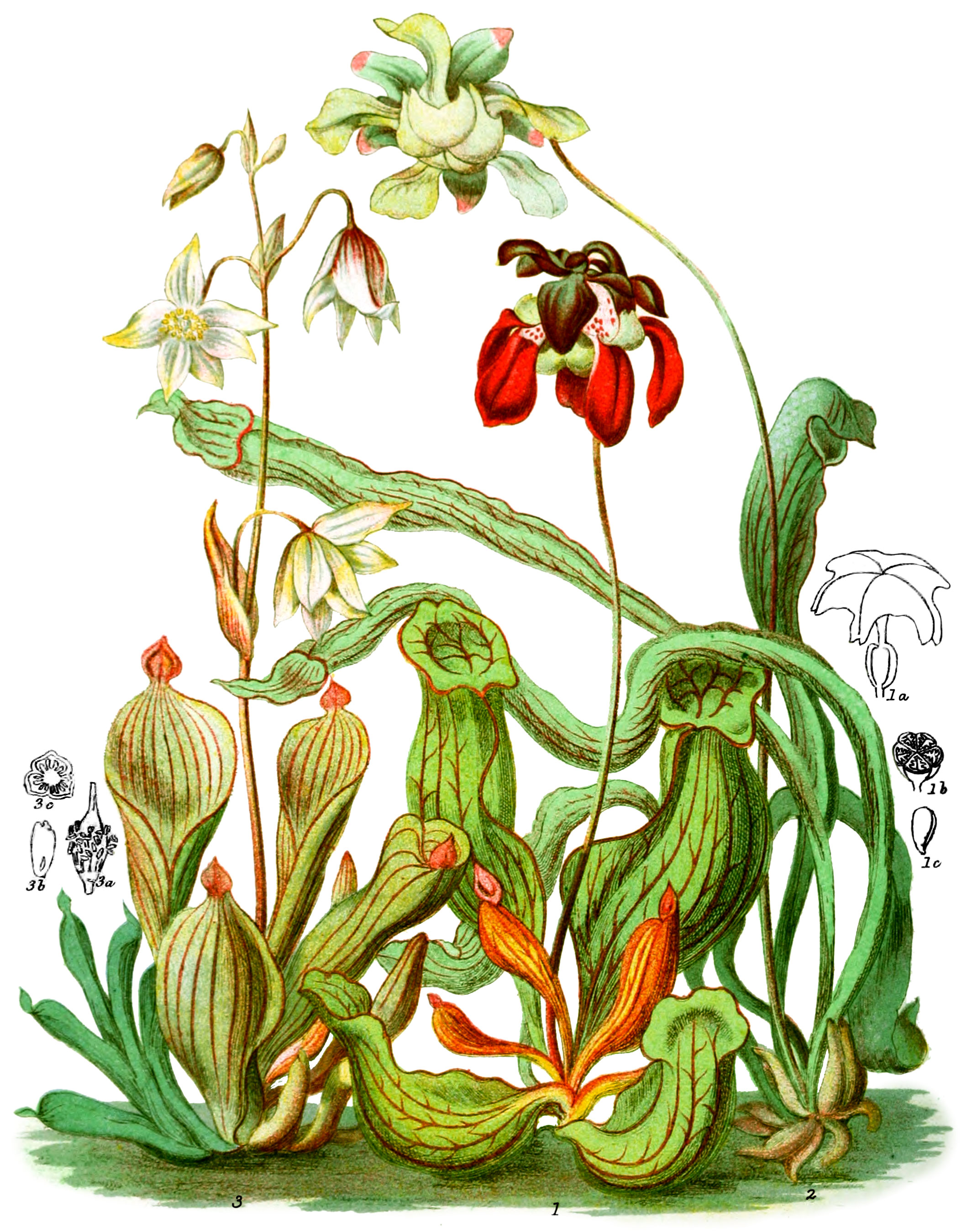 A few herbaceous, perennial plants, with fibrous roots, growing in bogs and swamps. The leaves are radical, having an enlarged tubular stalk, at the top of which the true leaf is articulated. The stem bears one or more flowers, usually of a herbaceous hue, seldom of a pure, bright colour, in some species white. The flower is composed of five concave petals, a calyx of five sepals, and sometimes a three-leaved involucre, as in Sarracenia (1); or it has a calyx of four to six sepals, much imbricated, and is destitute of a true corolla, as in Heliamphora (3). The stamens are many, attached to the base of the pistil; the anthers are oblong, two-celled, bursting internally and longitudinally. The ovary is globular, formed of five united carpels; the style is a simpel column, expanded at the summit into a large leafy plate, having a stigma at the five angles in Sarracenia; or the ovary is three-celled, with a simple style terminated in a truncate point in Heliamphora. The capsule contains numerous small seeds, slightly warted in those of Sarracenia, or winged with a brown membranous expansion in those of Heliamphora: they cover the slender divisions which proceed from the centre into each cell.

This Order has some affinity with Papaveraceæ on account of the dilated, foliaceous stigmas; the carpels and fruit agree in some respects with those of Nymphaceæ.

No useful properties have as yet been discovered in these plants.

All the plants of this Order are inhabitants of the bogs of North America, with the exception of Heliamphora nutans, growing at an elevation of 6000 feet above the sea, in the marshy savannahs of Mount Roraima, on the borders of British Guiana.