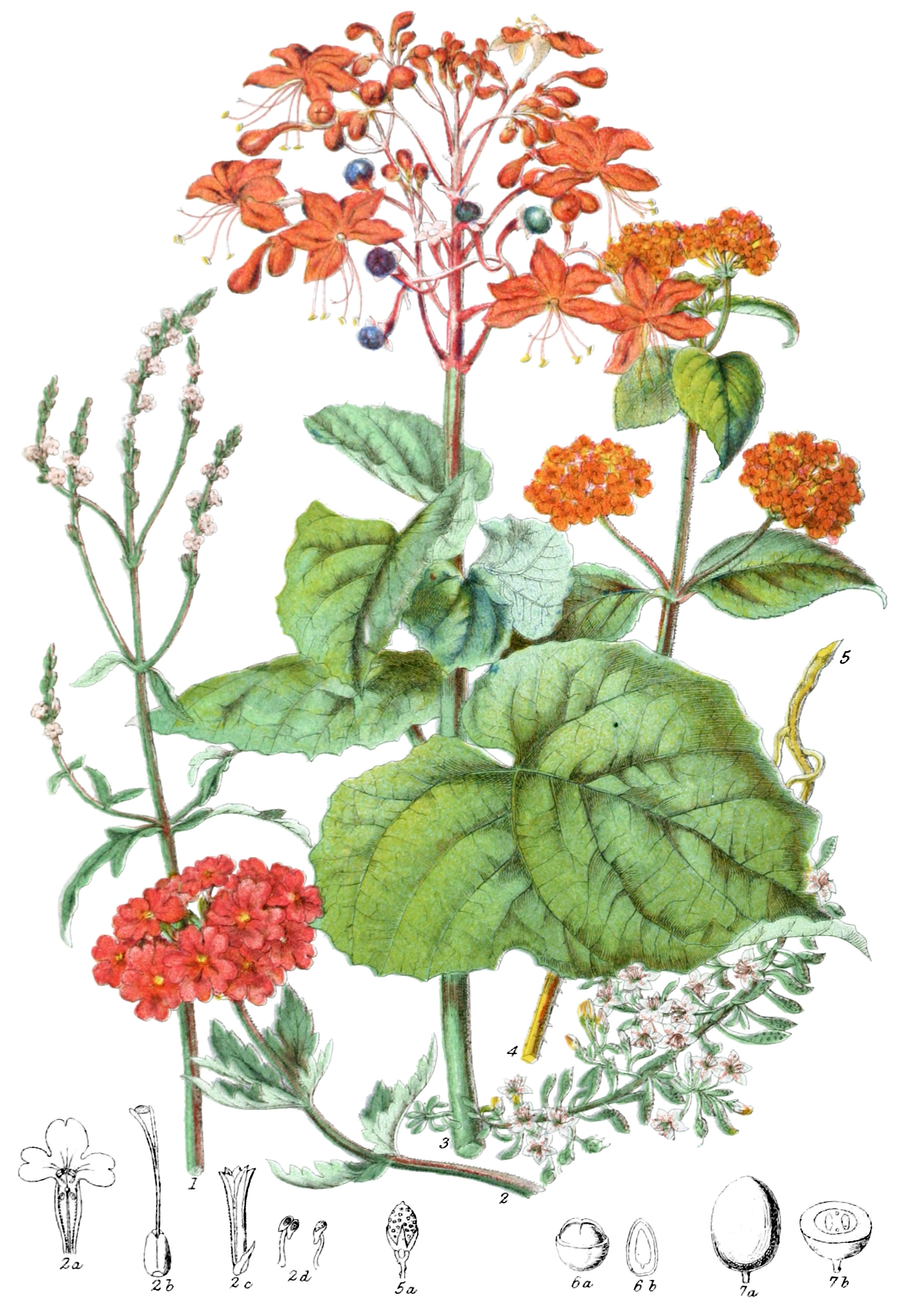 Trees, shrubs, and a few herbaceous plants. The leaves generally opposite, simple, or compound, without stipules, thickly occupied by transparent pores in Myoporum. The flowers are on opposite branches, or on alternate spikes, or from the base of the leaf-stalks, and solitary. The calyx is tubular, five-parted, persistent, placed below the ovary. The corolla is of one petal, tubular, attached below the ovary, generally irregular at the top, sometimes nearly equal, or two-lipped, deciduous. The stamens are usually four, two shorter, seldom equal. The ovary is two or four-celled, the style single, arising from the top of the ovary, the stigma bifid or whole. The fruit is a drupe, a nut, or a berry. The seeds contain a small portion of fleshy albumen, or none.

This Tribe is chiefly distinguished from Lamiaceæ by the concrete ovary, and terminal style, and the general abscence of aromatic pores in the leaves.

Slightly bitter and aromatic properties exist in a few only of these plants.

This Tribe is common in the Tropics, and in the Temperate regions of South America; rare in Europe, Northrn Asia, and North America. In the Tropics it is developed in large trees and shrubs, in cooler climates the species are herbaceous. Myoporum belongs chiefly to Australia.