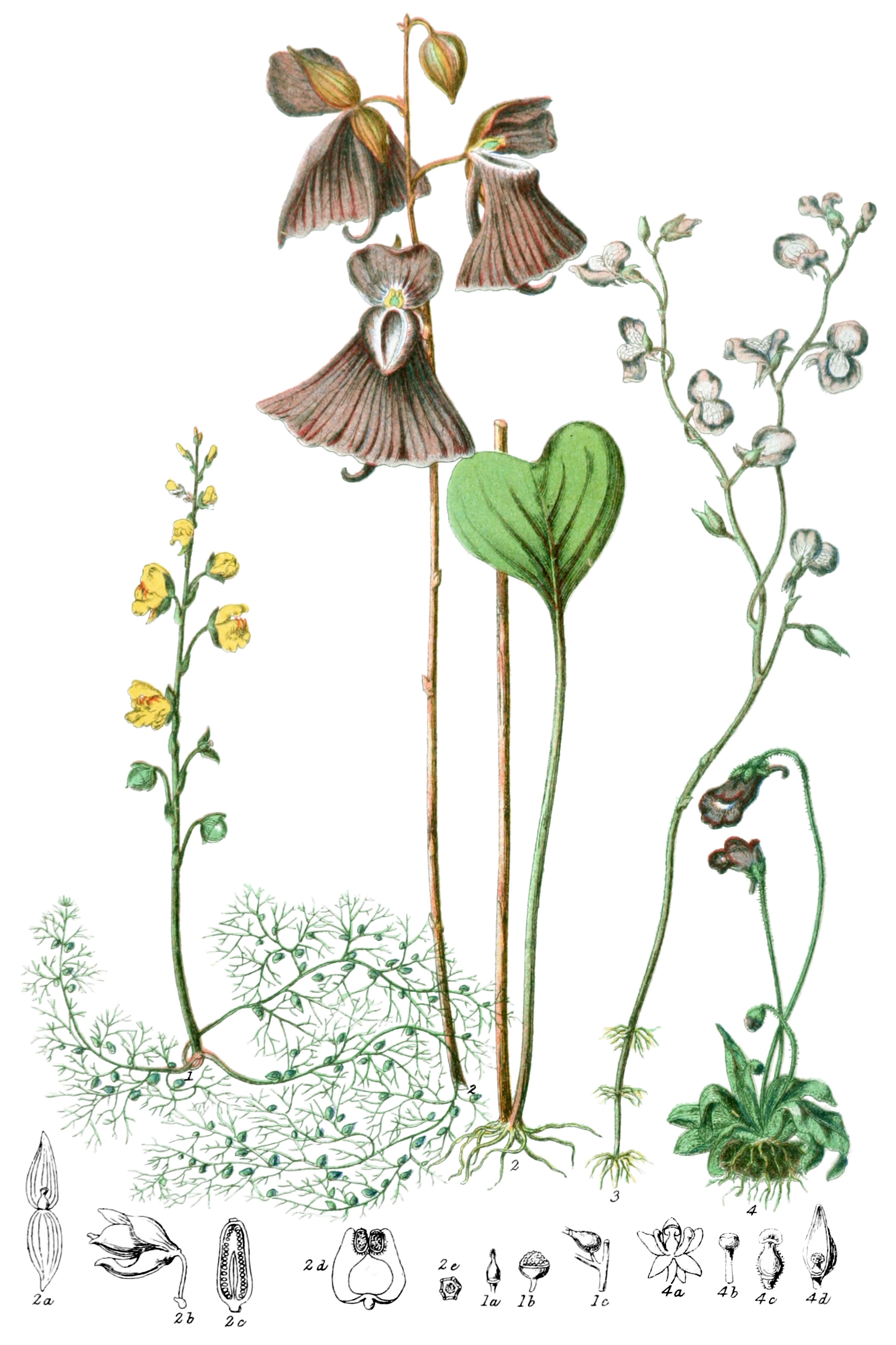 Herbaceous plants in habiting marshes or water. The leaves grow from the top of the root, are either whole or compound, resembling little roots, and bearing small blatters of air or water. The flower-stalk is generally single, seldom branching, and is either naked or clothed with minute scales like stipules, sometimes bearing little vesicles in whorls. The flowers are single or in spikes, or in many-flowered branches, with a single bract, seldom without. The calyx is below the ovary, divided, persistent, partly two-lipped, the upper lip generally three-notched, the lower two-notched. The corolla is of one petal, placed below the ovary, irregular and two-lipped; the lower lip produced into a spur, which is sometimes double. The stamens are two, included within the corolla, and inserted into its base; the anthers are one-celled, sometimes contracted in the middle. The ovary is composed of two carpels, united at the edges, one-celled. The style is single, very short, the stigma bilabiate. The capsule is one-celled, many-seeded, with a large central plate to which the seeds are attached. The sees are minute, without albumen.

These herbaceous plants have most affinity with Scrophulariaceæ, chiefly distinguished by having a one-celled capsule: they are connected with Primulaceæ through Hottonia.

A peculiar property of thickening milk exists in the leaves of Pinguicula.

This Tribe inhabits marshes, streams, and still water in all parts of the world; most abundant in the Tropics.