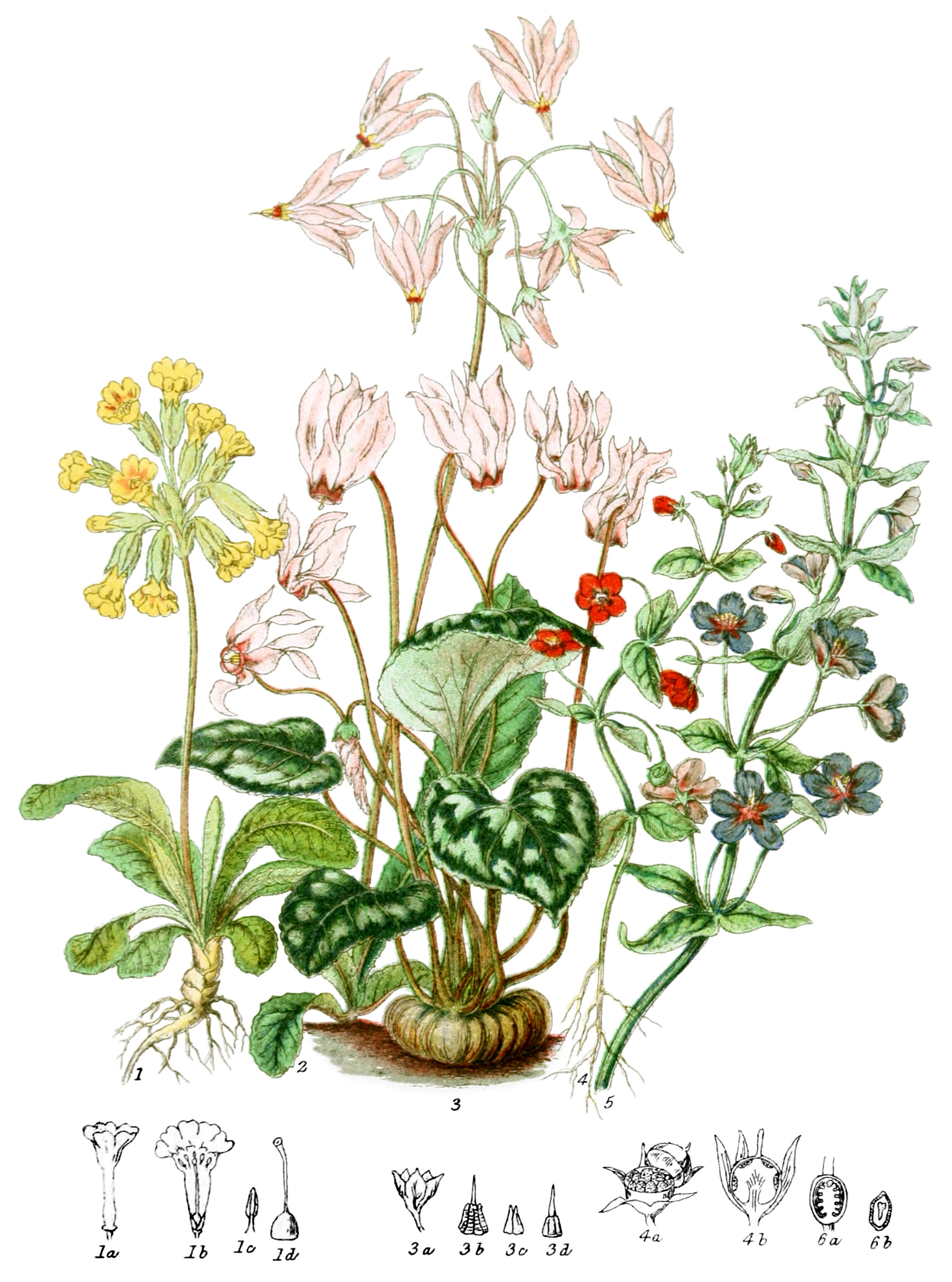 Annual or perennial plants, generally of herbaceous nature, and sometimes nearly shrubby. The leaves usually proceed from the top of the root, or else are opposite, or alternate, or in whorls on the stem; they have no stipules. The flowers are either on a simple stem arising from the root, or in an umbel at the top of the stem, or variously arranged in the axils of the leaves on the stem. The calyx is five-cleft at the top, half or entirely below the ovary, regular and persistent. The corolla is of one petal, attached to the base of the ovary, regular in form, the top divided into five segments, seldom four; Glaux is without petals. The stamens are inserted upon the corolla, and are equal in number to its segments, and placed opposite to them. In Samolus and Lysimachia imperfect stamens are alternate with them. The ovary is one-celled, the style is single, the stigma capitate; the seed-vessel is a capsule opening by valves, with a central distinct plate; that of Anagallis is a pyxis, opening with a lid at the top. The seeds are numerous, with fleshy albumen.

This Tribe of herbaceous plants has much affinity with Myrsinaceæ, which is chiefly distinguished by the shrubby nature of the species and the fleshy fruit.

Some of these flowers have soporific properties; the roots are sometimes bitter and acrid.

This Tribe is most common in the northern and colder regions of the globe; rare within the Tropics, where it only exists on the sea-shore or on lofty mountains.