The Marvel of Peru Tribe 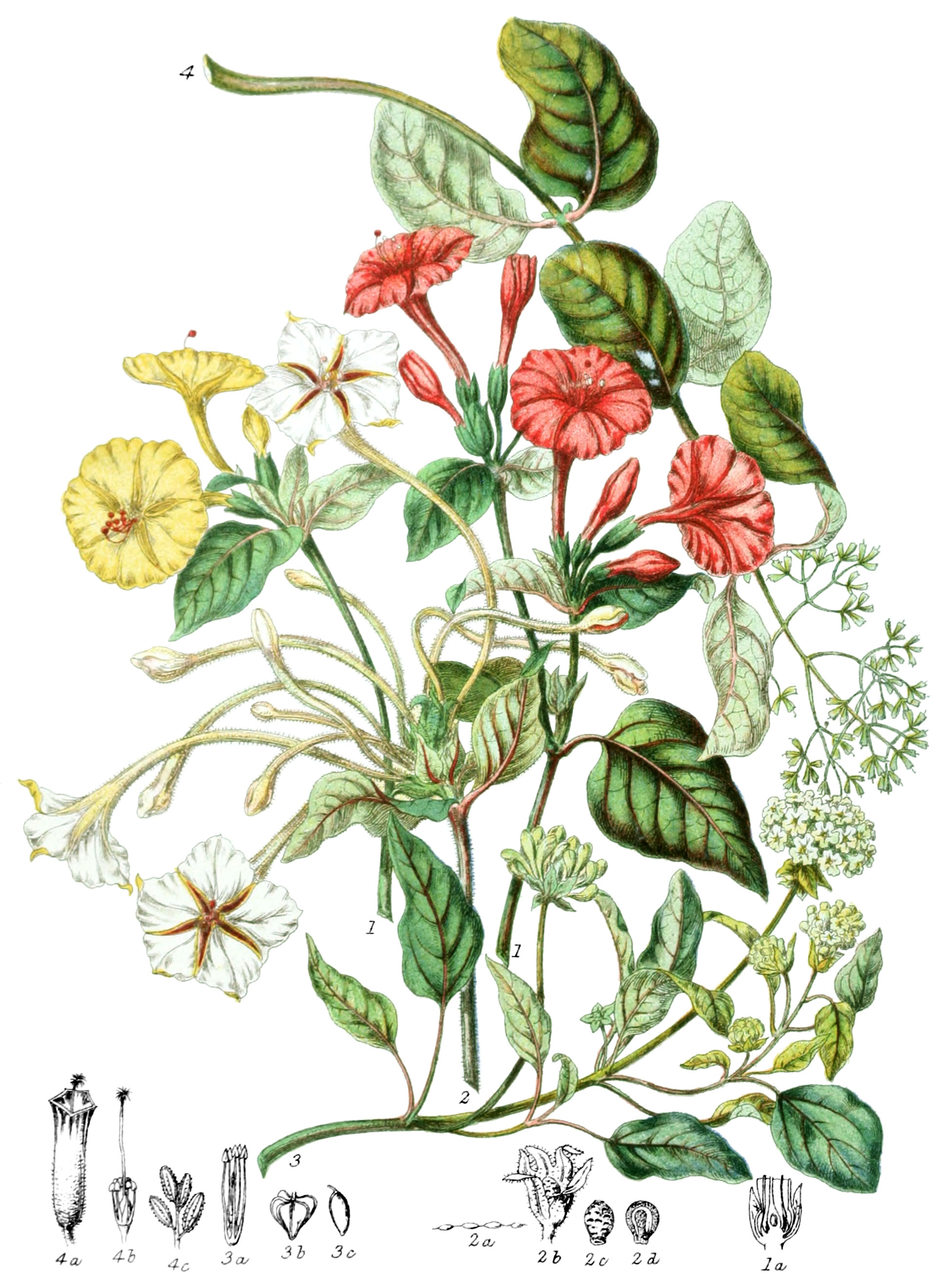 Cheifly herbaceous plants, both annual and perennial, a few shrubs and trees. The leaves are usually opposite, sometimes alternate, almost always unequal, without stipules. The flowers grow on terminal stalks, or from the base of leaf-stalks, in clusters or solitary, sometimes imperfect, having and involucre of one or several parts, either minute or large, often brightly coloured. The calyx is tubular, coloured, the limb whole or toothed, plaited in the bud, becoming hardened at the base, forming a covering to the seed, the limb falling off. The stamens are of definite number, attached to the base of the ovary, sometimes on the side. The anthers are two-celled. The ovary is above the calyx, with a single erect ovule; the style single, the stigma simple. The fruit is thin, enclosed within the persistent base of the calyx; the seed is destitute of the usual covering, the base of the calyx cohering to it; it contains farinaceous albumen.

This Tribe has close affinity with Amarantaceæ and Chenopodiaceæ, but is distinguished from both by the base of the calyx becoming a tough covering to the seed.

This Tribe exists chiefly in the Tropics, scarecely extending far beyond them, except Abronia in North America, and Boerhaavia in the Southern Hemisphere.