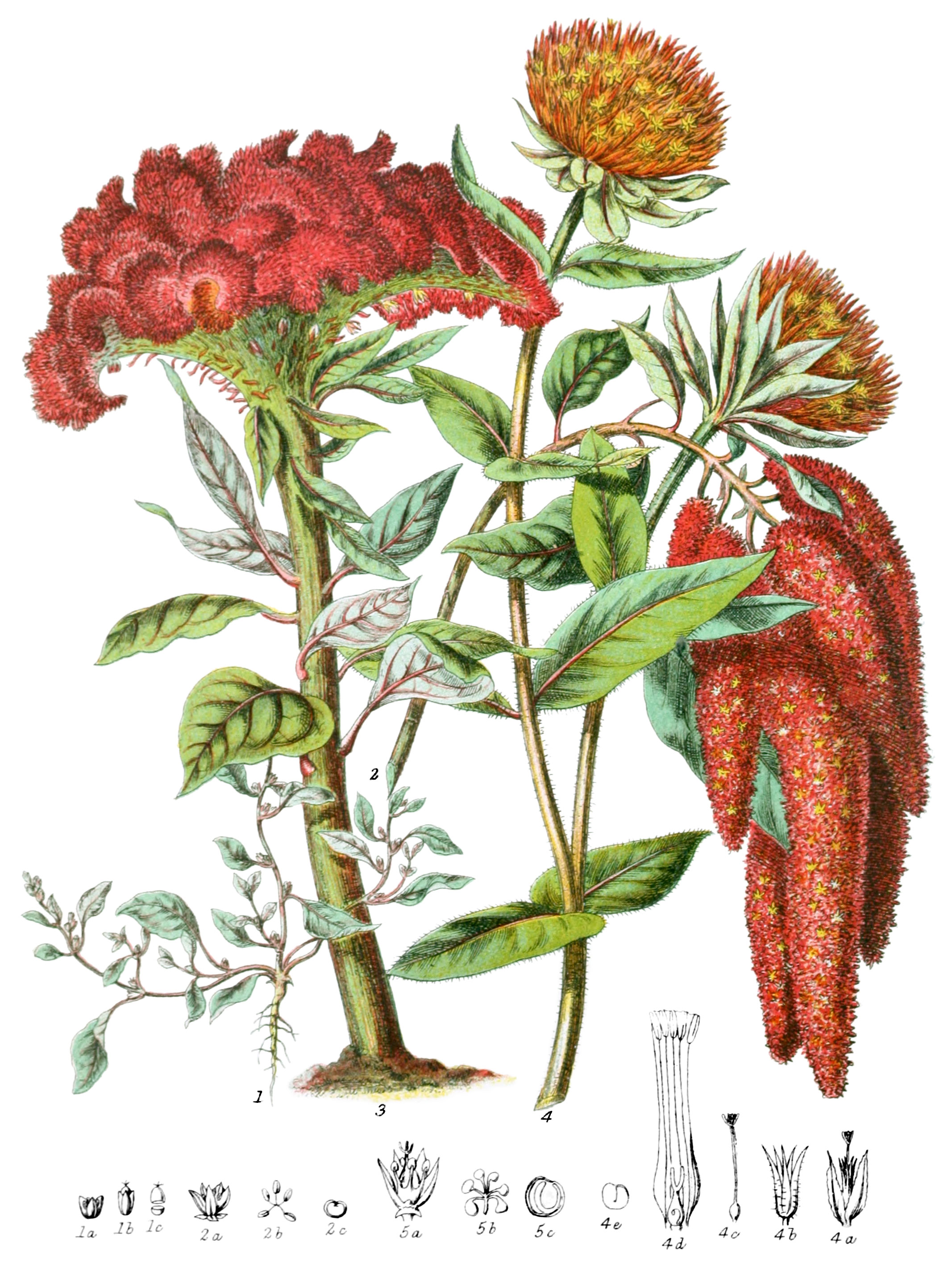 Shrubs and hers; the leaves are simple, opposite or alternate, without stipules. The flowers grow in heads or spikes, not always containing both stamens and pistil. The sepals are three or five, placed below the ovary, usually membranous, and coloured, sometimes herbaceous; distinct or united at the base, all equal, or an outer one dissimilar, often surrounded by dry, coloured bracts. The stamens are fixed at the base of the ovary, either five and opposite the sepals, or twice or thrice the number; either distinct or united; the anther one or two-celled. The ovary is single, free, containing one or a few ovules hanging from a central thread. The fruit is a membranous bag or a berry; the seeds are pendulous, and contain farinaceous albumen.

These plants have close affinity with Chenopodiaceæ.

This Tribe is most abundant in the Tropics, especially of America, gradually diminishing in Temperate regions, unknown in the coldest countries; five species only belong to Europe. It is found in various localities, on plains and mountains, dry barren situations, salt marshes, or woods.

* “round” was spelled “rounds” in the original description.