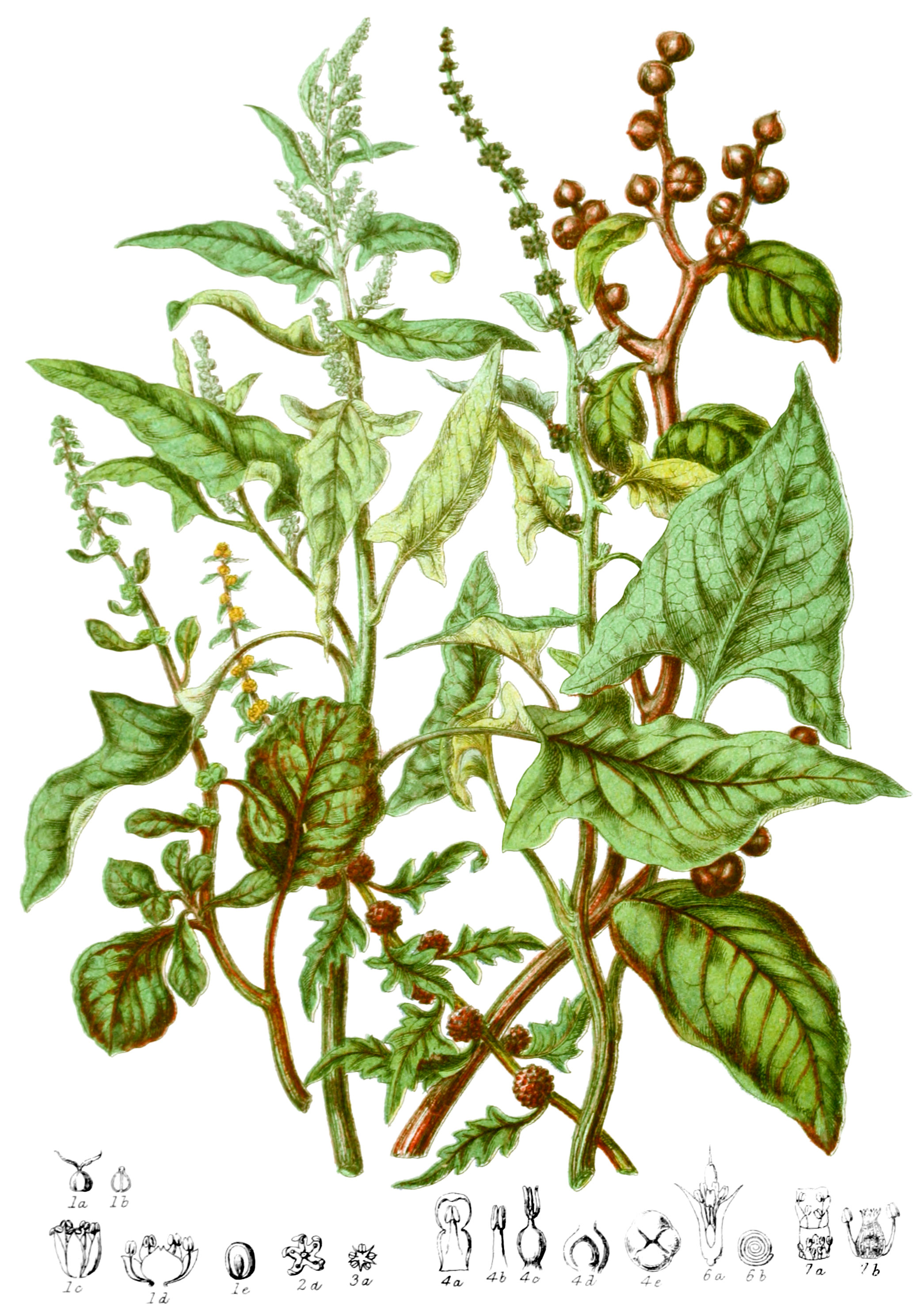 Under-shrubs and herbaceous plants, some of which are climbing; sometimes having jointed stalks. The leaves are alternate, occasionally opposite. The flowers are small, sometimes the stamens and pistil are in separate flowers. The calyx is deeply divided, sometimes rather tubular at the base; in Basella the sepals form two rows; the stamens are inserted into the base of the clayx, opposite its segments and equal to them in number, or fewer. The ovary is single, above he calyx, or sometimes adhering to the tube of the calyx. The styles are two or four, rarely single, the stigmas undivided. The fruit is membranous, sometimes a kind of berry is formed by the succulent calyx; the seed contains either a flat spiral embryo in albumen, or a conically spiral one without albumen.

This Tribe has affinity with Amarantaceæ and Phytolaccaceæ, but is distinguished by the number and position of the stamens.

Many of these plants contain soda, others sugar, in the root.

This Tribe inhabits waste places in all parts of the world, most abundant in Temperate regions, frequent in salt marshes. Basella belongs to the Tropics.