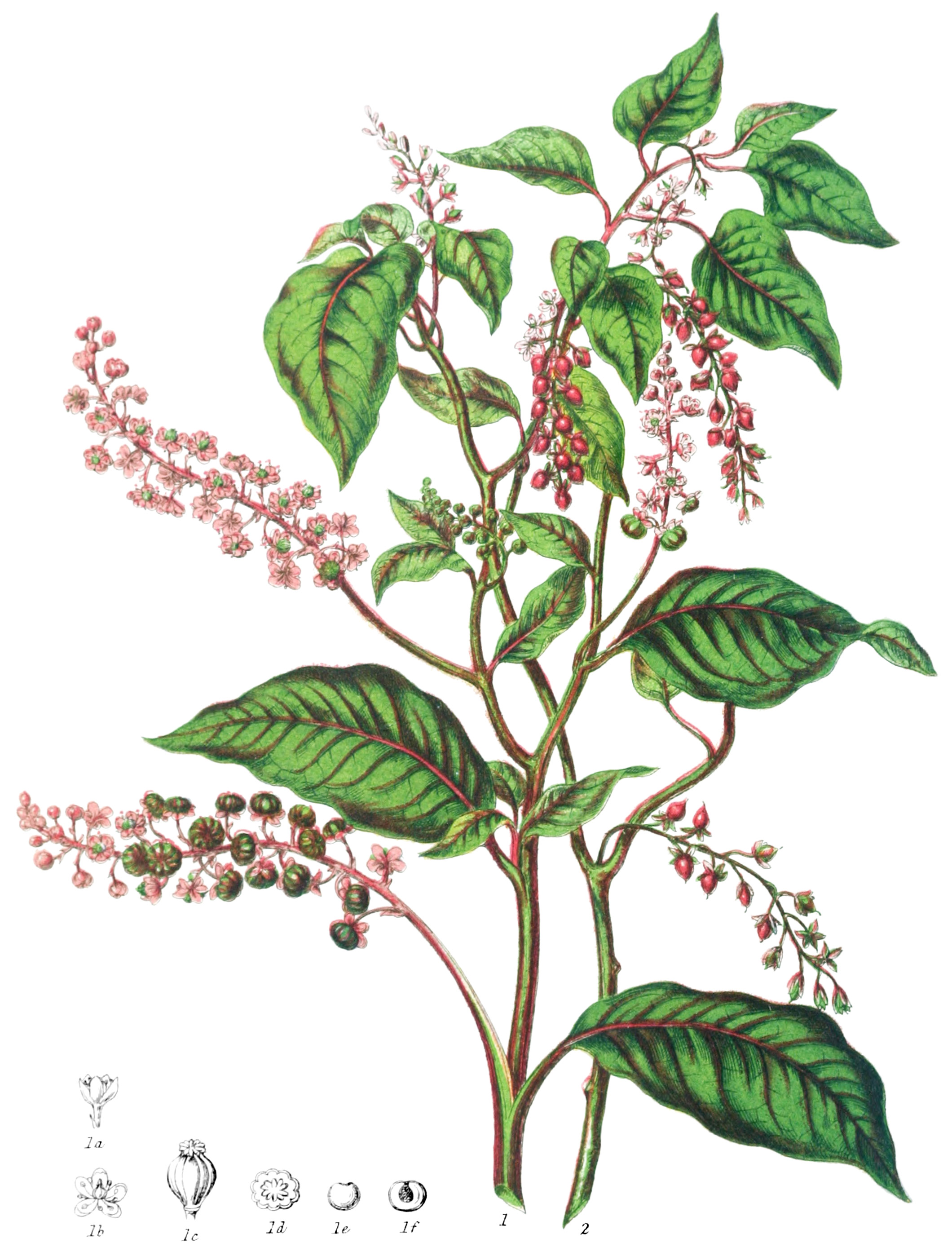 Undershrubs and herbaceous plants; the leaves are alternate, entire, without stipules, often having transparent dots. The flowers are racemes, perfect, regular, or partly irregular, arranged in various ways. The calyx is composed of four or five sepals; sometimes having the appearance of true petals, which are wanting. The stamens are fixed below the ovary, equal in number and alternate with the sepals, or of indefinite number. The anthers are two-celled, opening lengthwise. The ovary is of one carpel, or several distinct, or partially combined; the styles and stigmas are equal in number to the carpels. The fruit is dry or a berry, closed. The seed is solitary, and contains mealy albumen.

Acrid properties exist in various intensity in these plants.

some species of this Tribe are natives of North and South America, in the Tropical regions, and beyond the: others belong to India and Africa. Phytolacca decandra has become naturalized in some Southern countries of Europe.