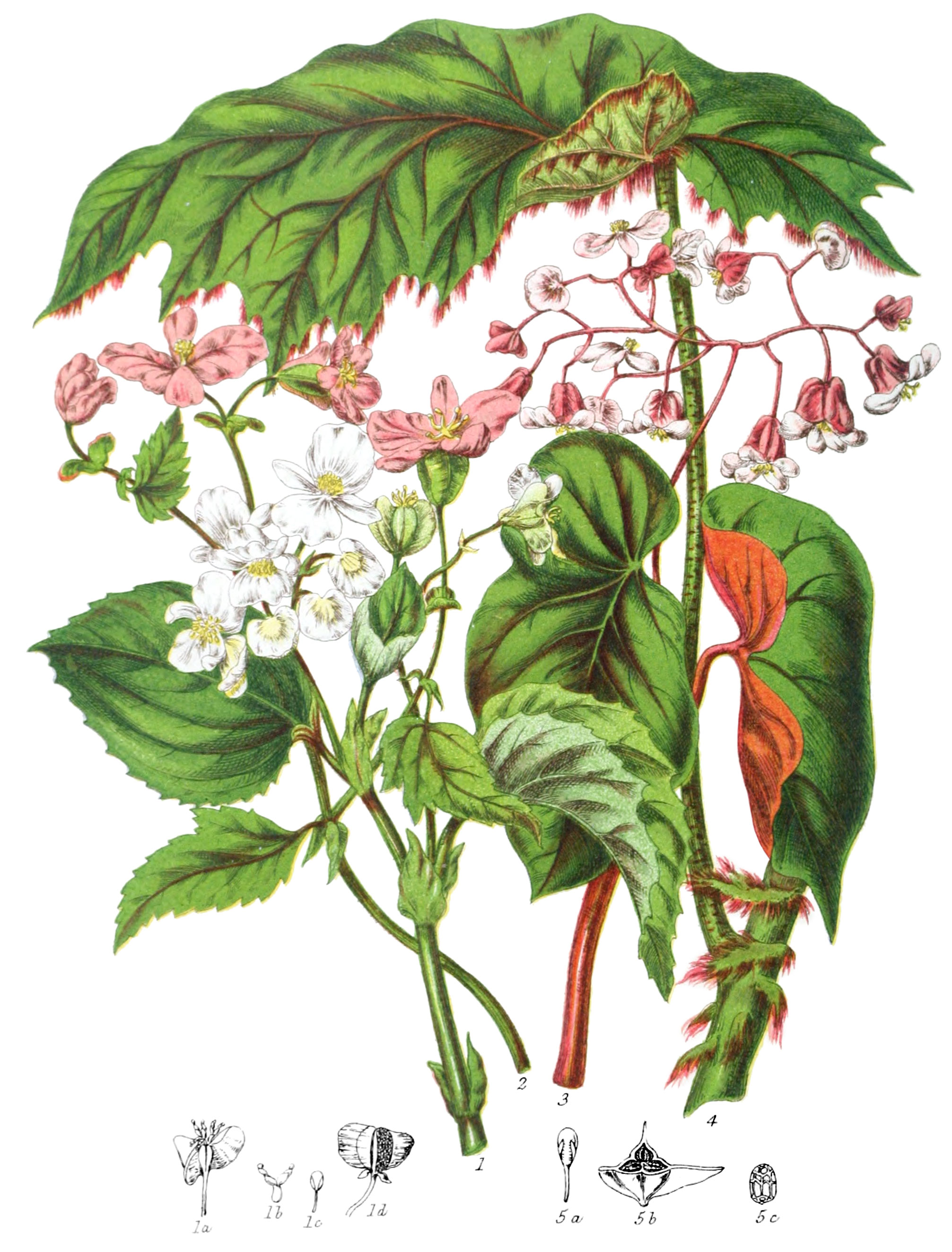 Succulent undershrubs, or herbaceous plants, having an acid juice. The leaves are alternate, toothed at the edges, rarely entire, usually unequal at the base. The stipules are large and membranous. The flower are pink or white; the stamens and pistils are in separate flowers on the same plant. The calyx is adherent to the ovary, coloured like a corolla; in the stamen flower the sepals are four, two, smaller, and within the other two; in the pistil flower the sepals are five, two of them smaller. The stamens are of indefinite number, either distinct, as in B. semperflorens (1), or combined into a solid column. The anthers united into a head, two-celled, continuous with the filament; the connective between the two cells of the anther remarkably large, the cells minute, bursting longitudinally. The ovary is adherent, winged, three-celled, the stigmas are three, two-lobed, placed on the ovary, and somewhat spiral. The fruit is a membranous winged capsule, three-celled, containing numerous small seeds, bursting by slits at the base of the wings. The seeds are netted, and have no albumen.

These plants have much resemblance to Polygonaceæ, in the calyx and seed-vessel.

Astringent and slightly bitter properties exist in the roots.

These plants are very common in the East and West Indies, and in South America. None are known in Africa, but some are found in Madagascar and the Isles of France and Bourbon.