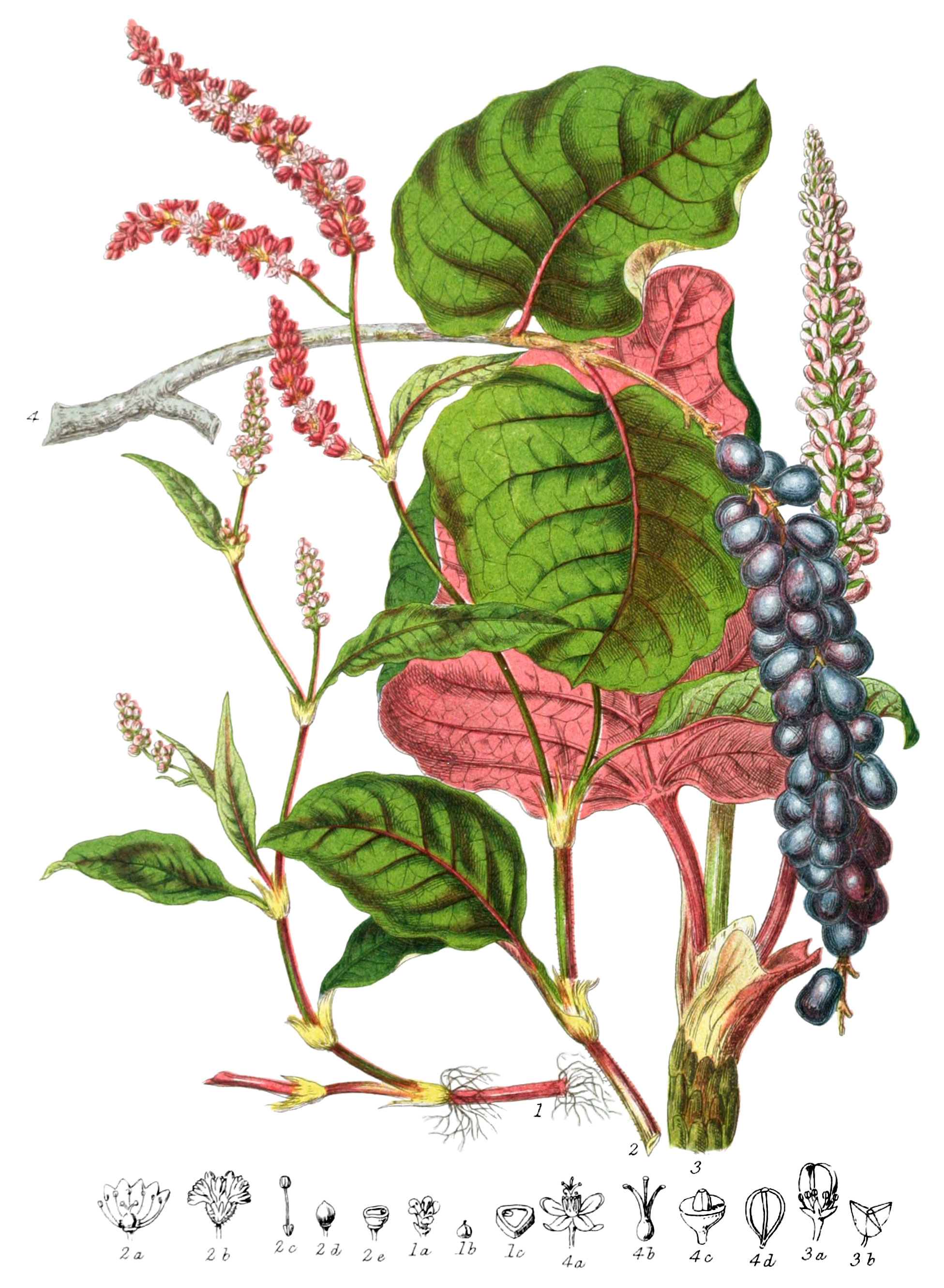 Herbaceous plants and a few shrubs. The leaves are alternate, with scarious stipules cohering round the stem, occasionally wanting. The flowers are in racemes, occasinally solitary; the stamens and pistil are sometimes in different flowers. The corolla is wanting, the calyx often coloured and assuming the appearance of petals, from three to six-parted. The stamens are usually of definite number, placed on the bottom of the calyx; the filaments are free and straight, the anthers opening lengthwise. The ovary is of one cell, formed by the adhesion of three carpels; the styles or stigmas of the same number as the carpels. The fruit is a nut, either naked, or partially covered by the enlarged calyx, or wholly enclosed in it, as in Coccoloba. The seed is single, and contains farinaceous albumen.

This Tribe has affinity with Chenopodiaceæ; Eriogonum forms a link with Nyctaginaceæ, having no stipules.

Agreeable acid qualities exist in the leaves and stalks, nauseous medicinal properties in the roots; some of the plants are also powerfully astringent.

This Tribe is scattered over the wrold in nearly every part: Polygonum and Rumex abounding in Temperate regions; Coccoloba in South America and the West Indies; Oxyria in the dreary regions of the North Pole.