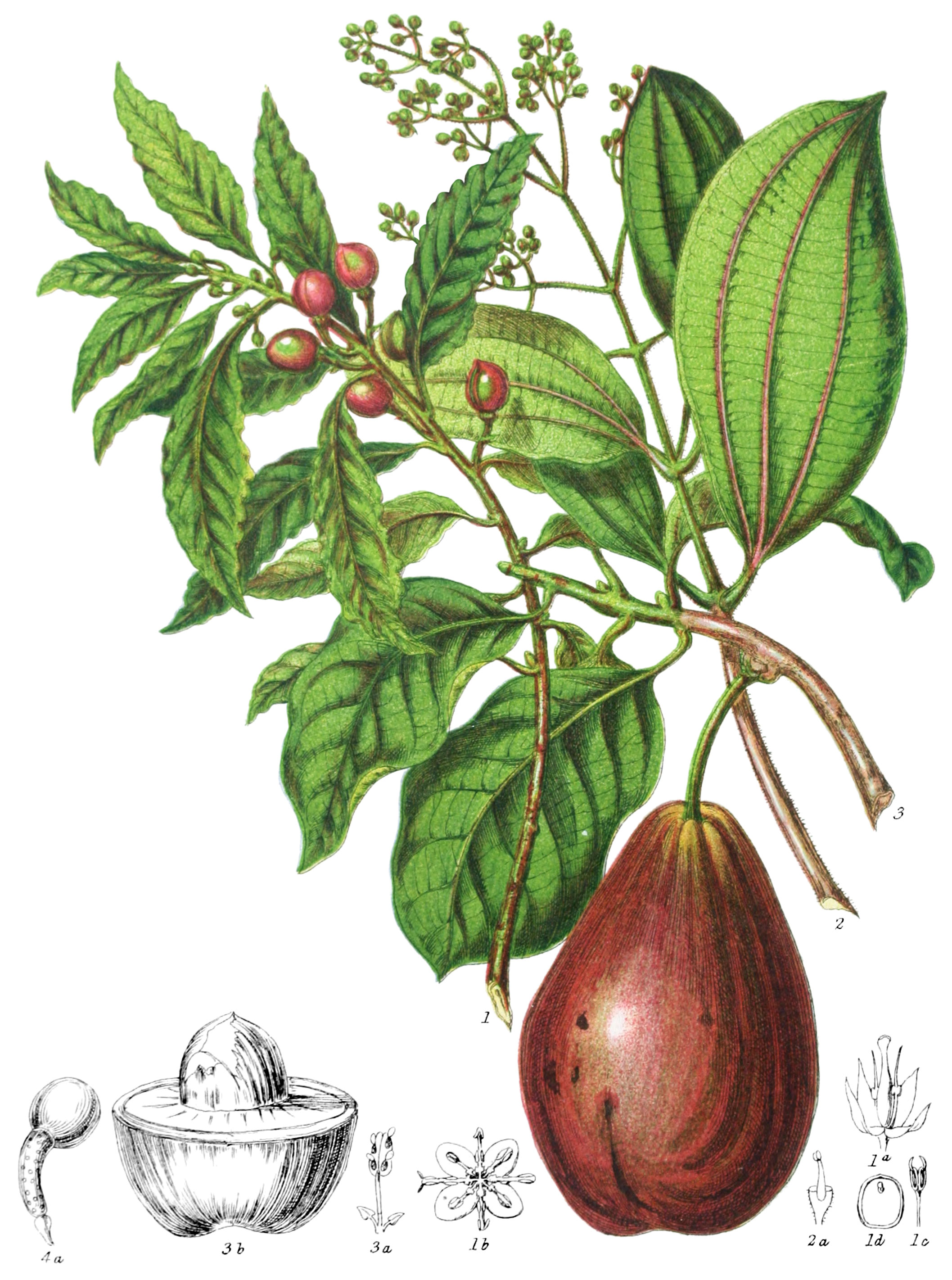 Trees, some of which are of large size. The leaves are alternate, seldom opposite, entire at the edges, or rarely lobed, without stipules. The flowers are small, and grow in panicles or umbels, or small cluster. The clayx is four to six-cleft, petals are wanting; sometimes the stamens and pistil are not perfect in the same flowers. The stamens are of definite number, placed on the calyx, usually twice as many as its segments, and opposite to them. The three innermost stamens are imperfect; the six outer have perfect anthers, which are two to four-celled, the cells bursting by a long persistent valve, opening upwards. The inner filaments usually have glands at their base. The ovary is above the calyx, one-celled, with a simple style, and stigma, either obtuse or two or three-lobed. The fruit is either a berry or a drupe, naked or covered, its stalk often becoming enlarged (4). The seed has no albumen.

This Tribe is chiefly distinguished from Thymelaceæ and others by the reflexed valves of the anthers.

Aromatic properties, oil and camphor, exist abundantly in these trees.

This extensive Tribe inhabits cool situations in the Tropics; a few species are found in Madeira, Teneriffe, and Madagascar; a very few advance northwards into North America; scarcely any exist in Africa; one only in Southern Europe. Cassytha belongs to the Tropics.