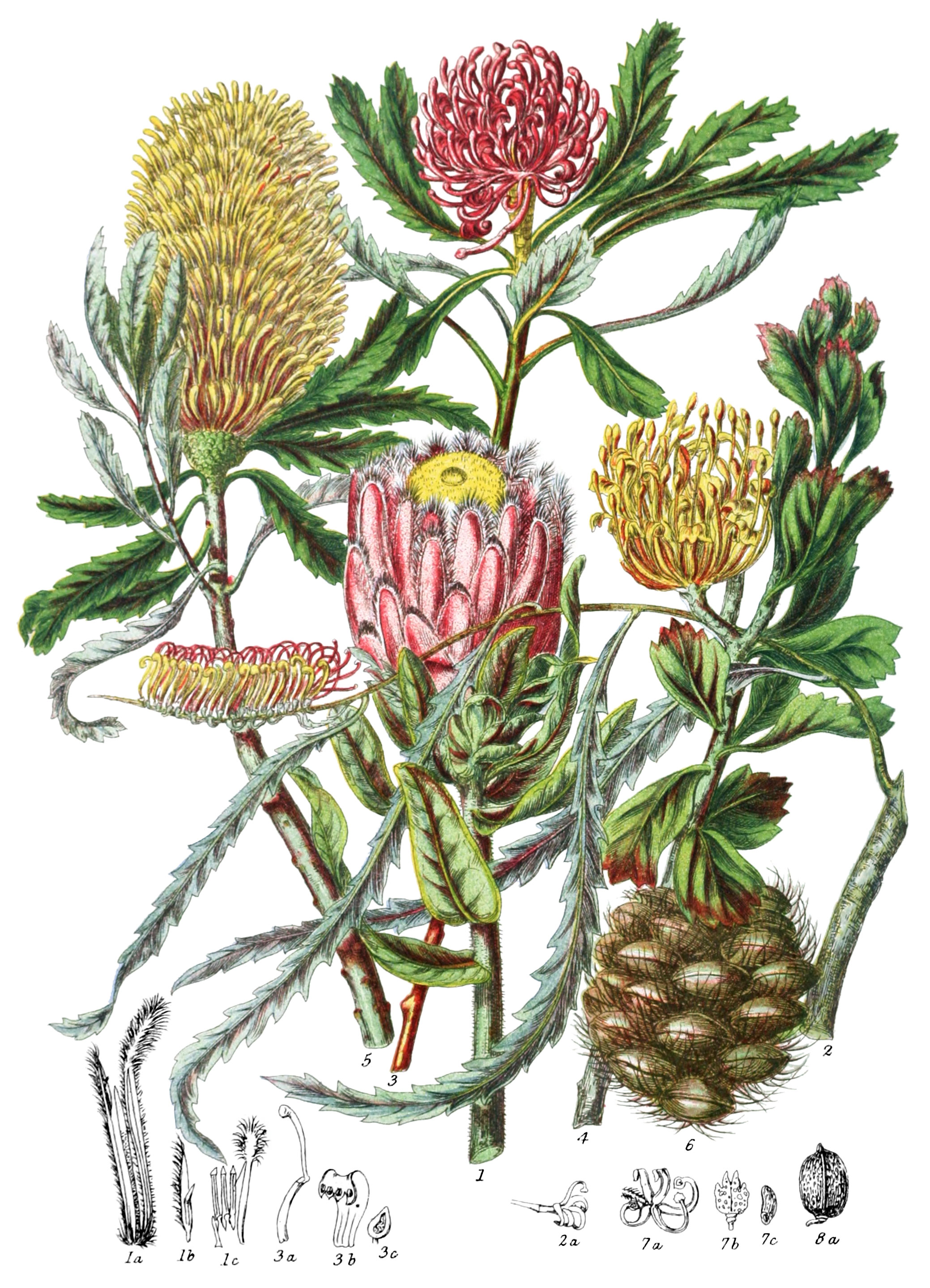 Small trees and shrubs, the branches usually in umbels. The leaves are rigid, dry, divided or undivided, opposite or alternate, without stipules, sometimes having pores equally on both sides. The calyx is four-lobed, or four-cleft; petals are wanting. The stamens are four, sometimes part imperfect, opposite the segments of the calyx, placed upon them. The ovary consists of a simple carpel above the calyx; the style is single, usually very long; the stigma simple. The fruit is gaping when ripe, or closed, and contains one or more seeds which have no albumen.

This Tribe has some affinity with Thymelaceæ, but is distinguished by the stamens of the lobes of the calyx, and the gaping fruit.

Very few useful properties exist in these plants; the seeds of some are eatable.

This Tribe is most abundant at the Cape, and in Australia. A few species only belong to South America, and the Isles of the Malay Archipelago. In the Northern Hemisphere Protea abyssinica and P. Paulina are almost the only examples.

*7 was mentioned in the original description but only 7a–7c were illustrated. The Hakea seed vessel is 8a and not 7.