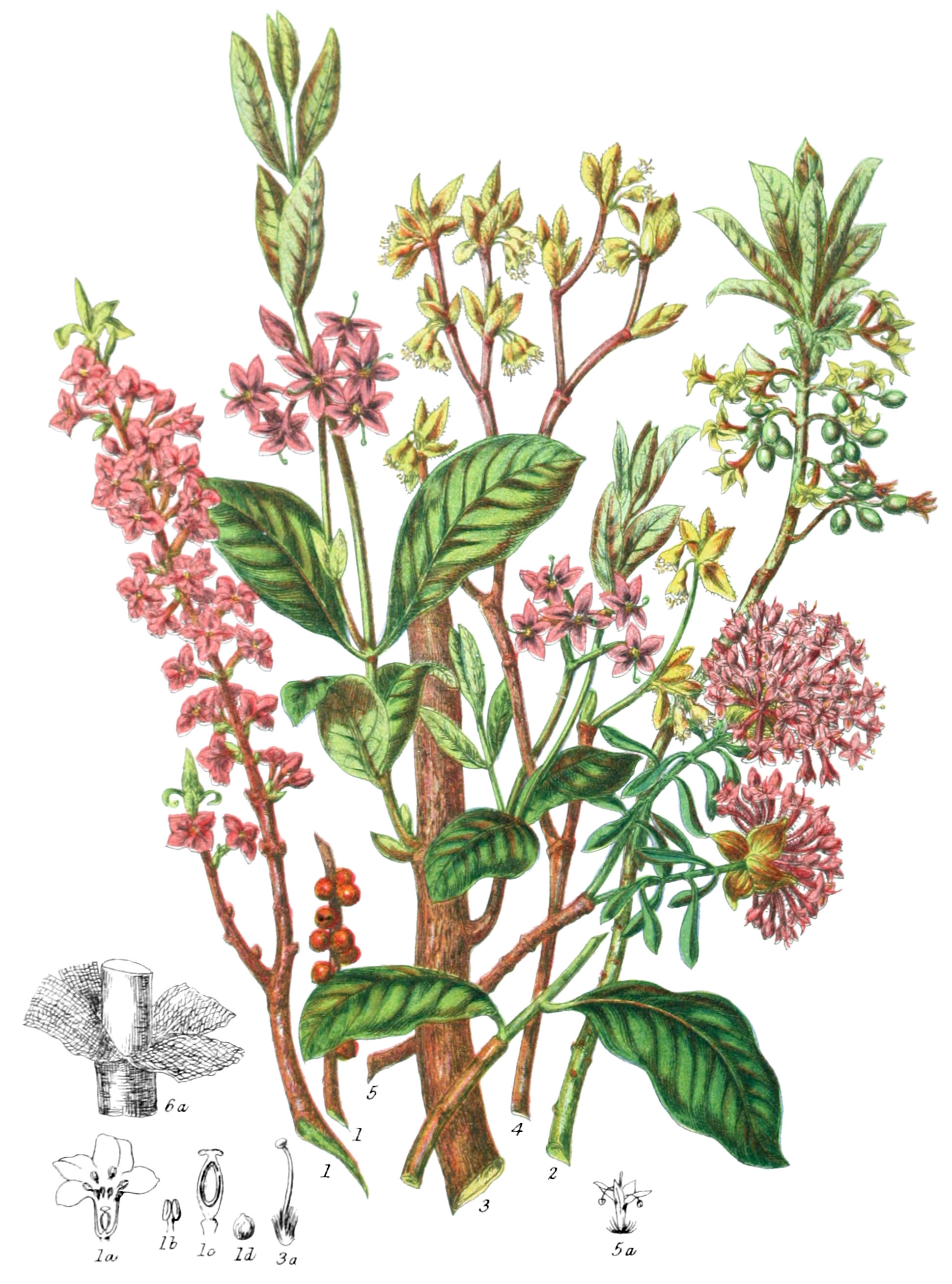 Shrubs with tenacious bark, and a few herbaceous plants. The leaves are alternate or opposite, without stipules, and entire at the edges. The flowers are in heads or spikes, at the ends of the branches, or at the base of the leaf-stalks, occasionally solitary, often enclosed in an involucre. The calyx is below the ovary, tubular, coloured, the top usually four-cleft, generally imbricated in the bud. The corolla is either wanting, or consists of scale-like petals in the mouth of the calyx. The stamens are of definite number, usually eight, or four, opposite the segments of the calyx; the anthers are two-celled, bursting lengthwise in the middle. The ovary is composed of a single carpel, the style is simple, the stigma is undivided. The fruit is hard, dry, and nutlike, or a drupe; the seed is single, and has thin or fleshy albumen, or none.

This Tribe has affinity with Proteaceæ and Elæagnaceæ, and is chiefly distinguished by the position of the anthers.

Extremely caustic juices exist in the bark of these shrubs.

This Tribe is abundant at the Cape of Good Hope, common in the cold regions of India and South America. Lagetta belongs exclusively to the Tropics. Very few species are natives of Europe. Drapetes grows in the Antarctic Islands.

*6 was mentioned in the original description but only 6a was illustrated.