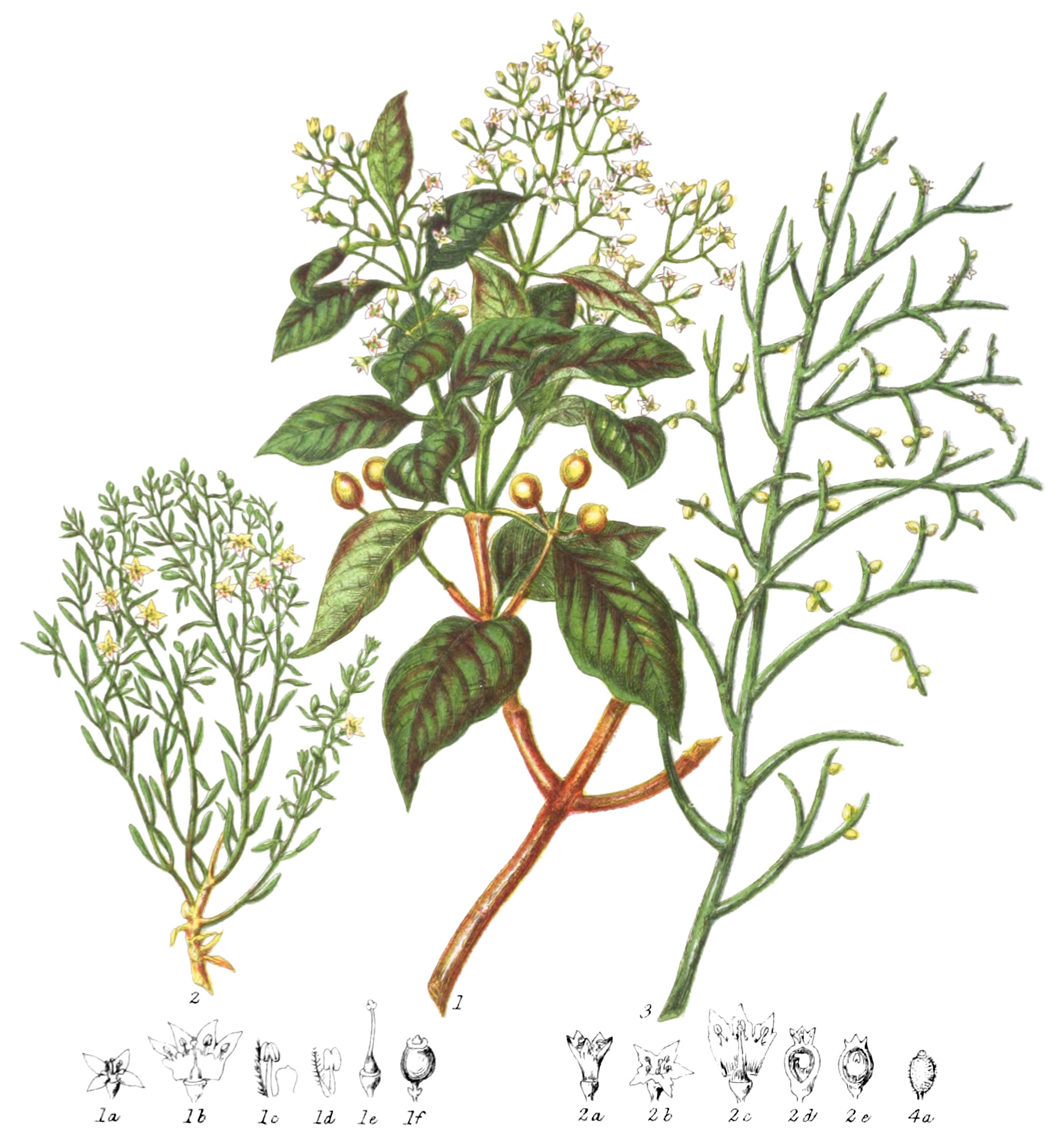 Trees, shrubs, and herbaceous plants; the leaves are alternate or opposite, undivided, sometimes minute and resembling stipules. The flowers are in spikes, seldom in umbels, solitary, small. The calyx is above the ovary, four of five cleft, half-coloured. The stamens are four or five, opposite the segments of the calyx, and inserted into their bases; a kind of plume is attached to the filament. The ovary is one-celled, with from one to four ovules fixed to a central plate, usually near the top; the style is single, the stigma often lobed. The fruit is one-seeded, hard and dry, or drupaceous; the seed contains fleshy albumen.

This Tribe has some affinity with Thymelaceæ and Elæagnaceæ, but is distinguished by the inferior ovary and the copious albumen of the seed.

Acid and astringent properties prevail in some of these plants.

This tribe exists, in Europe and North America, as small herbs; in the East Indies, Australia, and the South Sea Islands, as shrubs and small trees.