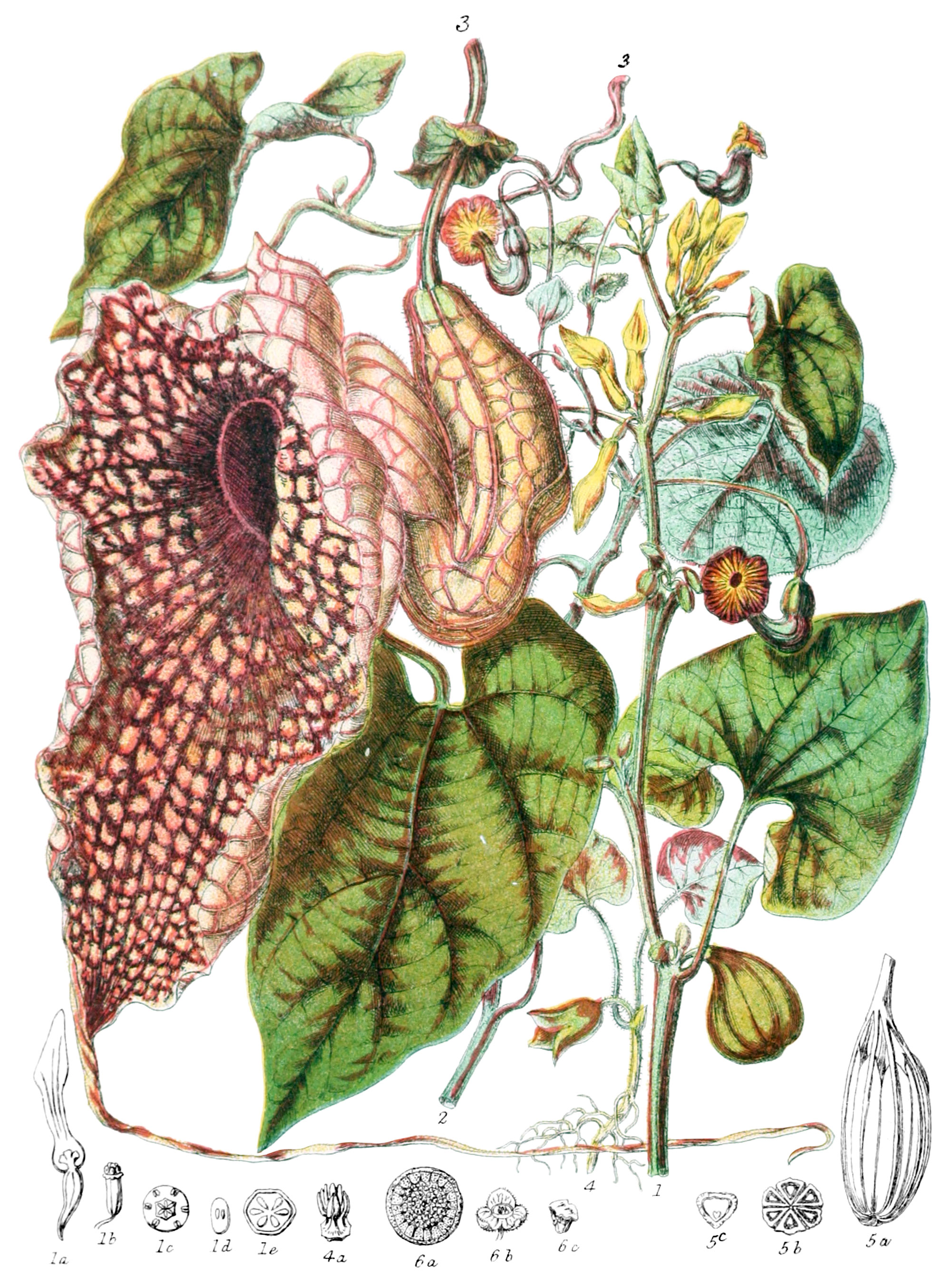 Herbaceous plants and shrubs, some of which are climbing. The wood is without concentric zones and inseparable wedges. The leaves are alternate, simple, stalked, often having a scaly or leafy stipule. The flowers are solitary from the base of the leaf-stalk, usually brown or some dull colour. The calyx is adherent, tubular, regular, or unequal. The stamens are six to twelve, placed upon the calyx, distinct, or adhering to the style and stigmas. The ovary is inferior, six-celled, rarely three or four-celled, the style is single, the stigmas radiating, as numerous as the cells of the ovary. The fruit is dry or succulent, three, four, or six-celled, many-seeded. The seeds are thin, angular, or round, containing fleshy albumen.

This Tribe has very slight affinity with any other.

Tonic stimulating properties exist in the roots and leaves of these plants.

This Tribe is very abundant in the Tropics of South America, frequent in the north of Africa, rare in North America, Europe, and Siberia, existing only in a few species in India. Asarum belongs equally to North America, Japan, and Europe.

*6 was mentioned in the original description but only 6a–6c were illustrated.