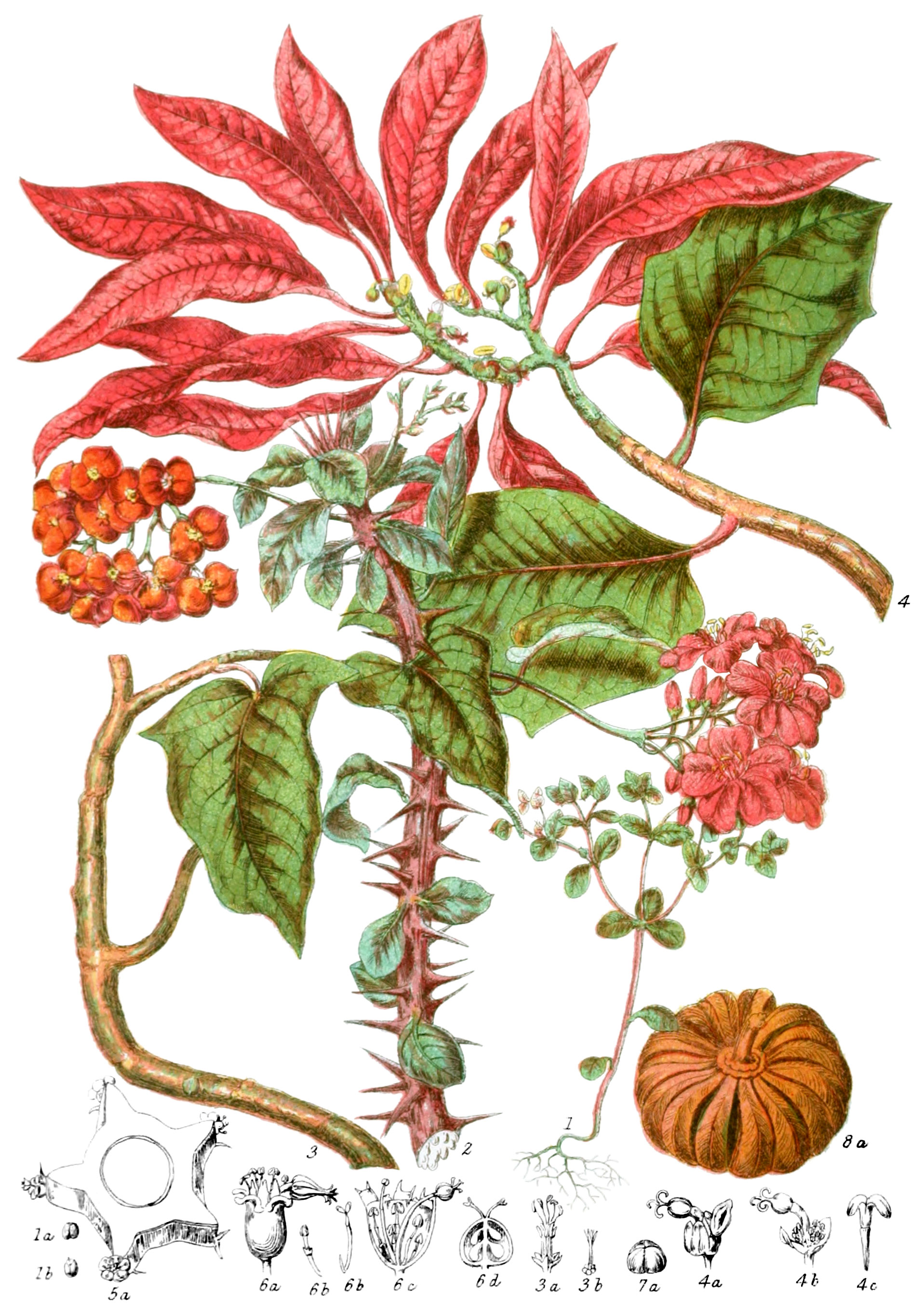 Trees, shrubs, and herbaceous plants, with round or irregularly angled stems, often abounding in an acrid milky juice. The leaves are alternate, rarely opposite, simple, seldom compound, sometimes having stipules, often wanting in the succulent species. The flowers grow on terminal stalks or from the base of the leaf-stalks, variously arranged, sometimes surrounded by an involucre resembling a calyx. The calyx is below the ovary and has various scales and glands, the petals when developed alternate with its lobes. The stamens and pistil are in separate flowers, the filaments free or united, the anthers two-celled gaping longitudinally. The ovary is formed of three carpels connected by a central axis, either stalked or not. The styles are equal in number to the carpels; the stigmas are single and distinct, or lobed; the fruit consists of three dry capsules, splitting and separating from the axis with elasticity. The cells are one or two-seeded: the seeds contain fleshy oily albumen.

The separation of stamens and pistil, and want of petals connect this Tribe with Artocarpaceæ and Urticaceæ. Those which have petals and united stamens and carpels form a link with the Mallow Tribe.

A poisonous milky secretion, and stinging hairs, belong generally to these plants.

This extensive tribe, containing as many as 2500 species, exists most abundantly in the Tropics of America, diminishing from the Equator: very few are known in N. America, as far as Canada. In North and South Africa are many succulent species.

*8 was mentioned in the original description but only 8a was illustrated.