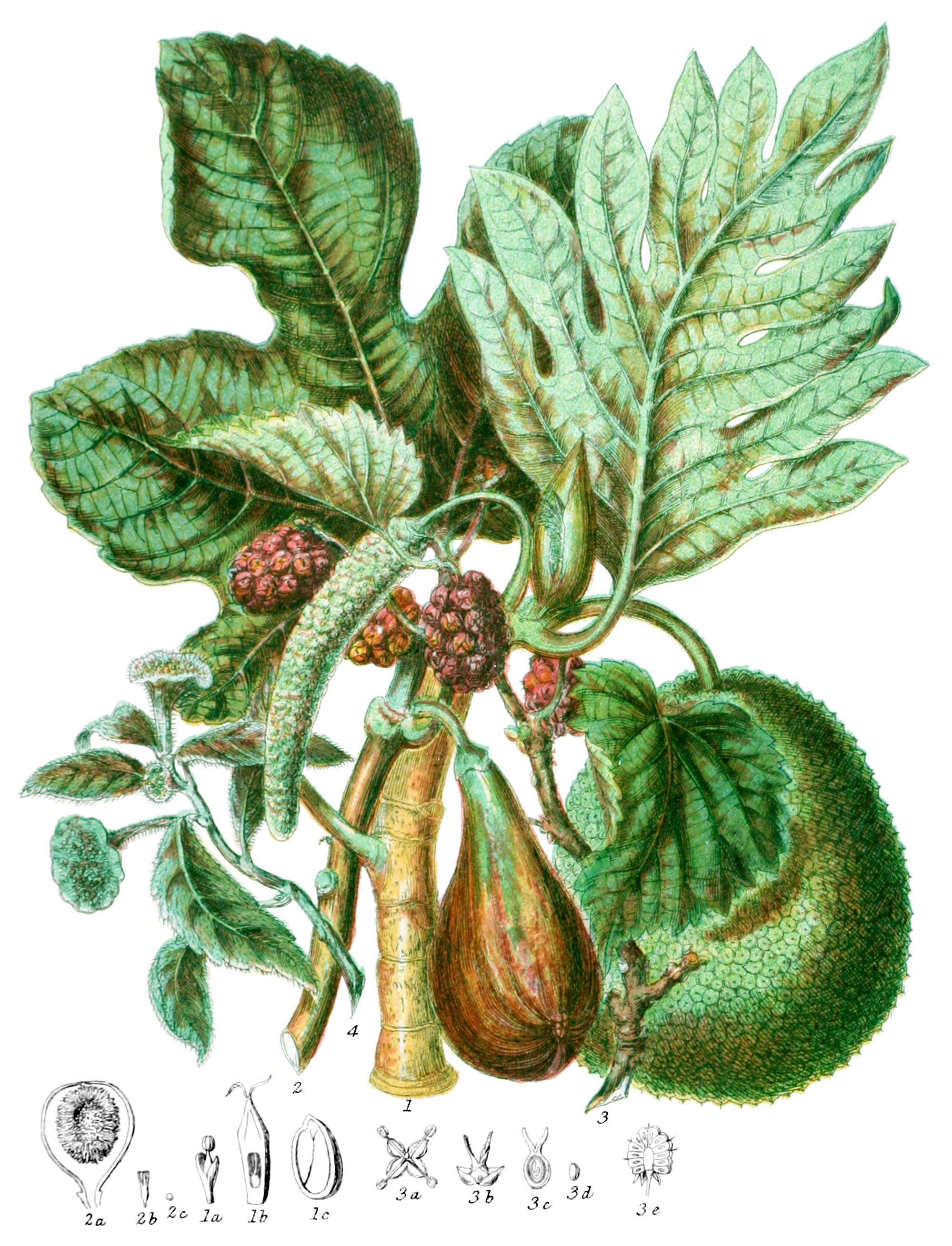 Trees and shrubs with a milky juice, sometimes of a climbing nature. The leaves are alternate, simple or lobed, of various texture, with large sitpules rolled up and enclosing the young leaves, leaving a scar when they fall off. The flowers are inconspicuous; the stamens and pistils are in separate flowers. The stamen flowers have sometimes a very small calyx of two to four scales, or it is tubular; the stamens are inserted into the base of the calyx opposite its lobes, and of the same number: the anthers are two-celled, and open lengthwise or into two plates. The fertile flowers are variously arranged, over a fleshy receptacle, concave, globose, or spiked; the calyx is tubular, or in two rows of sepals. The fruit is surrounded by a fleshy involucre, or composed of thick fleshy calyxes, enclosing numerous nuts, or collected into a fleshy mass by the consolidated succulent calyx; the seed is solitary, and contains flesh albumen.

Wholesome fruit, and a milky juice containing caoutchouc, are characteristics of these trees.

This extensive Tribe exists chiefly in the Tropics. A few species only advance into Temperate regions: none are natives of Europe.