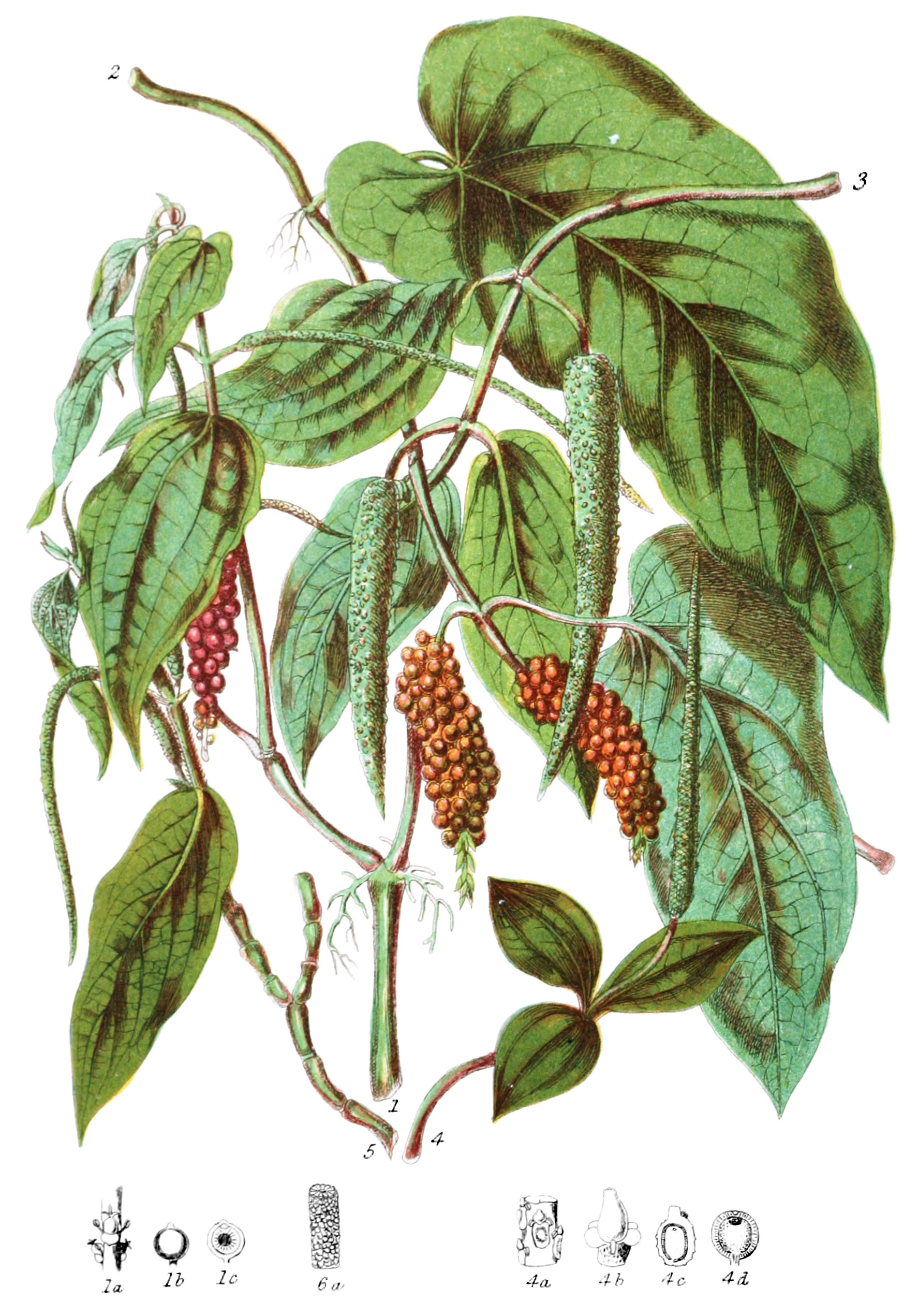 Shrubs and herbaceous plants, with jointed stems, sometimes of a climbing habit. The leaves are opposite, or in whorls, or alternate from one of the pair remaining undeveloped; sometimes having one or two stipules at their base. The flowrs are usually without stalks, in spikes at the ends of the branches, or from the base of the leaf-stalk, or opposite to it, usually without sepals or corolla, having a bract only. The stamens are two, or more, placed on one side, or around the ovary. The anthers are one or two-celled, the connecting portion being often fleshy. The ovary is free, simple, one-celled, containing one ovule. The stigma is shored, simple, rather oblique. The fruit is fleshy, one-celled one-seeded, remaining closed. The embryo lies at the top of the seed, outside the albumen.

This Tribe has affinity with Urticaceæ, and some parts of the structure connect it with Araceæ amongst Monocotyledonous plants.

Pungent aromatic propertie exist in the resin and ethereal oil of these plants.

This Tribe is limited to the hottest regions of the world; it abounds in tropical America and the islands of the Indian Archipelago, in low damp valleys, and on the shores of rivers. It is rare in equinoctial Africa, but more frequent at the Cape of Good Hope.

*Peperomia was spelled “Piperomia” in the original description.