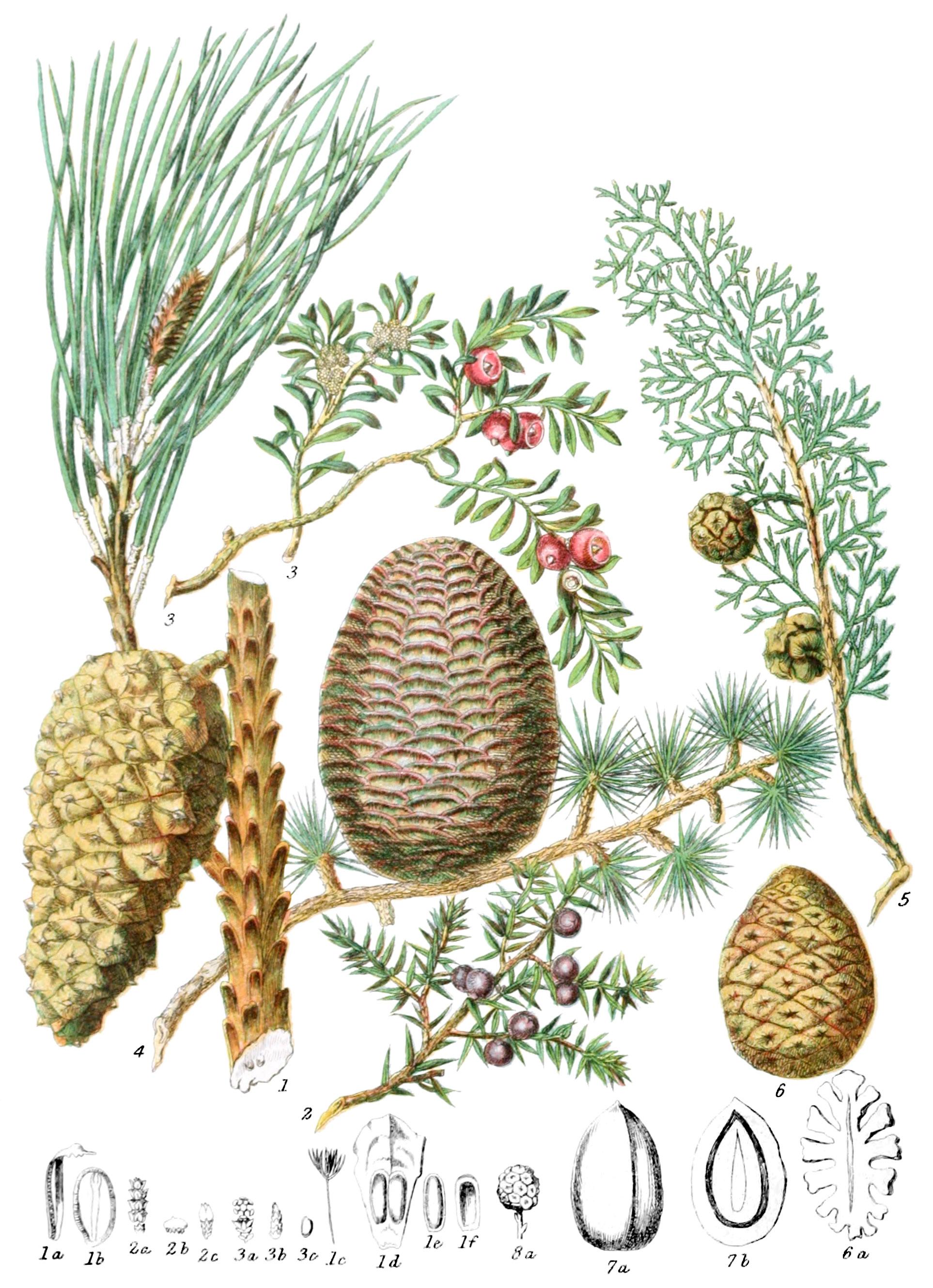 Large trees and shrubs, with branching stems, full of resin. The woody tissue is marked with circular scars. The leaves are evergreen, linear, rigid, entire at their margins, veinless, rarely lobed, and with forked viens, usually in bundles wrapped at their base in a membranous sheath. The flowers are without calyx or corolla, but surrounded by bracts: some consist of only a single stamen, or a few united, usually collected on a common stalk into a kind of catkin. The anthers are two, or many-lobed, bursting longitudinally, often surmounted by a crest. The pistil flowers are in cones; the ovary rises from the base fo a membranous bract, bearing two or more ovules. The fruit is composed the enlarged and hardened cone of scale-shaped ovaries and bracts; or it is solitary, as in Taxus, and has the seed has a hard crustaceous covering, th embryo is in the midst of the fleshy oily albumen, and has two or many cotyledons.

This Tribe has close affinity with Cycadaceæ.

Various kinds of resin are secreted by these trees.

This Tribe inhabits various countries from the Tropics of Asia to the Arctic regions. The chief portion exists in Temperate climates, in Europe, Siberia, China, N. America. Pinus belongs to the Northern Hemisphere, Araucaria to the Southern.