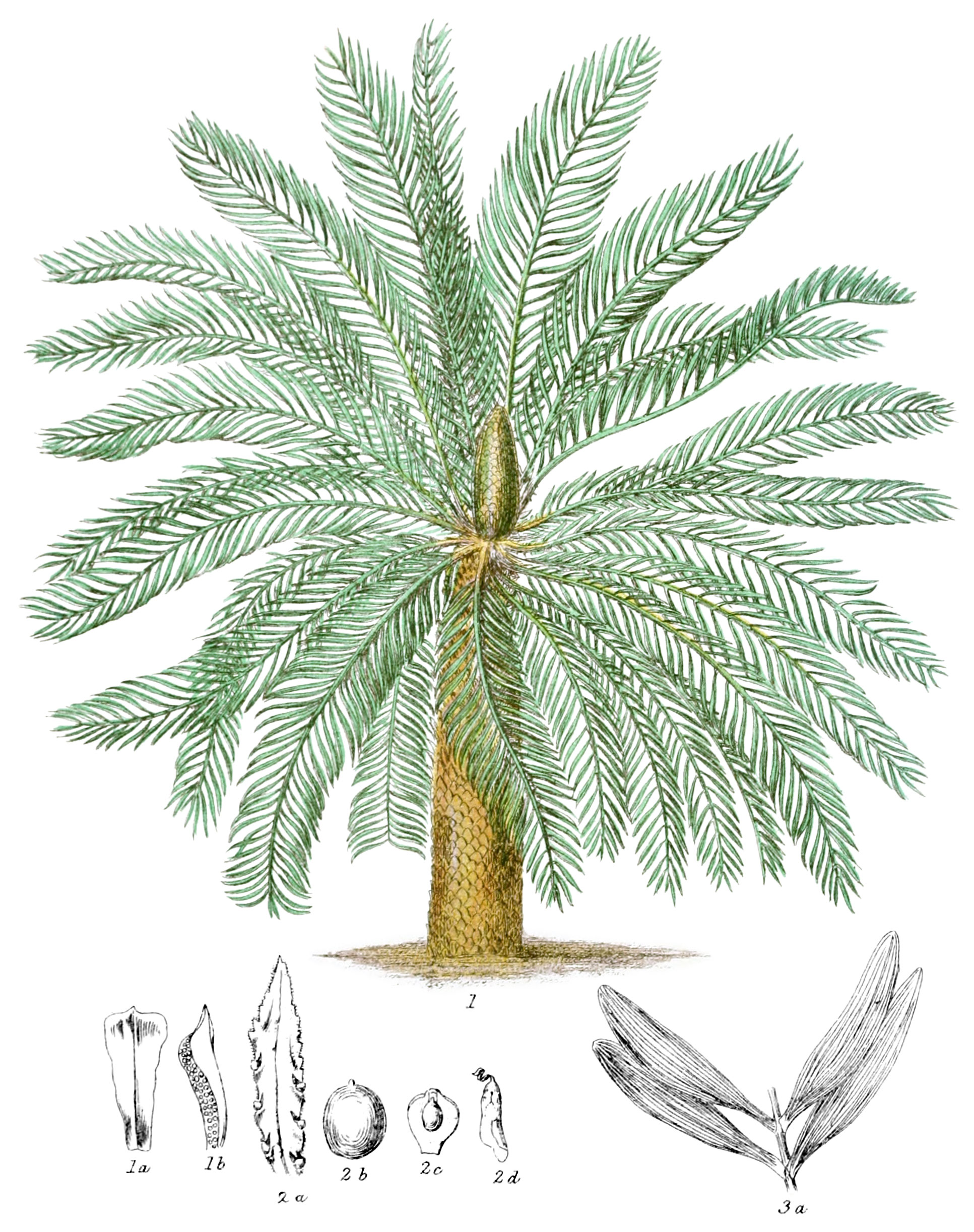 Small trees or shrubs. The stems are either simple, or cylindrial, or round, or dichotomously branched; marked on the surface with the scars of broad leaf-stalks. The interior of the stem consists of a mass of pith traversed by woody fibres usually irregularly disposed, sometimes in numerous concentric circles. The woody tissue contains glands and spiral vessels. The leaves are pinnated, firm, and woody, perennial, generally rolled inwards when young. The flowers are on terminal cones, composed of scales covered on their lower sides with one-celled anthers, which split longitudinally. The pistil flowers are simple naked ovules, placed beneath scales on the margin of contracted leaves. The seeds are hard or spongy coated nuts, with one or more embryos suspended by a thread in the cavity or fleshy or mealy albumen.

This Tribe has close affinity with Coniferaceæ, the young leaves rolled inwards connect it with Ferns, and in general aspect it resembles Palms.

The stems and seeds of these plants contain wholesome starchy substance, as well as nauseous mucilaginous juice.

This Tribe inhabits the Tropics, and the Temperate parts of Asia and America. It is found also in Madagascar, and at the Cape of Good Hope, but it does not exist in equinoctial Africa.