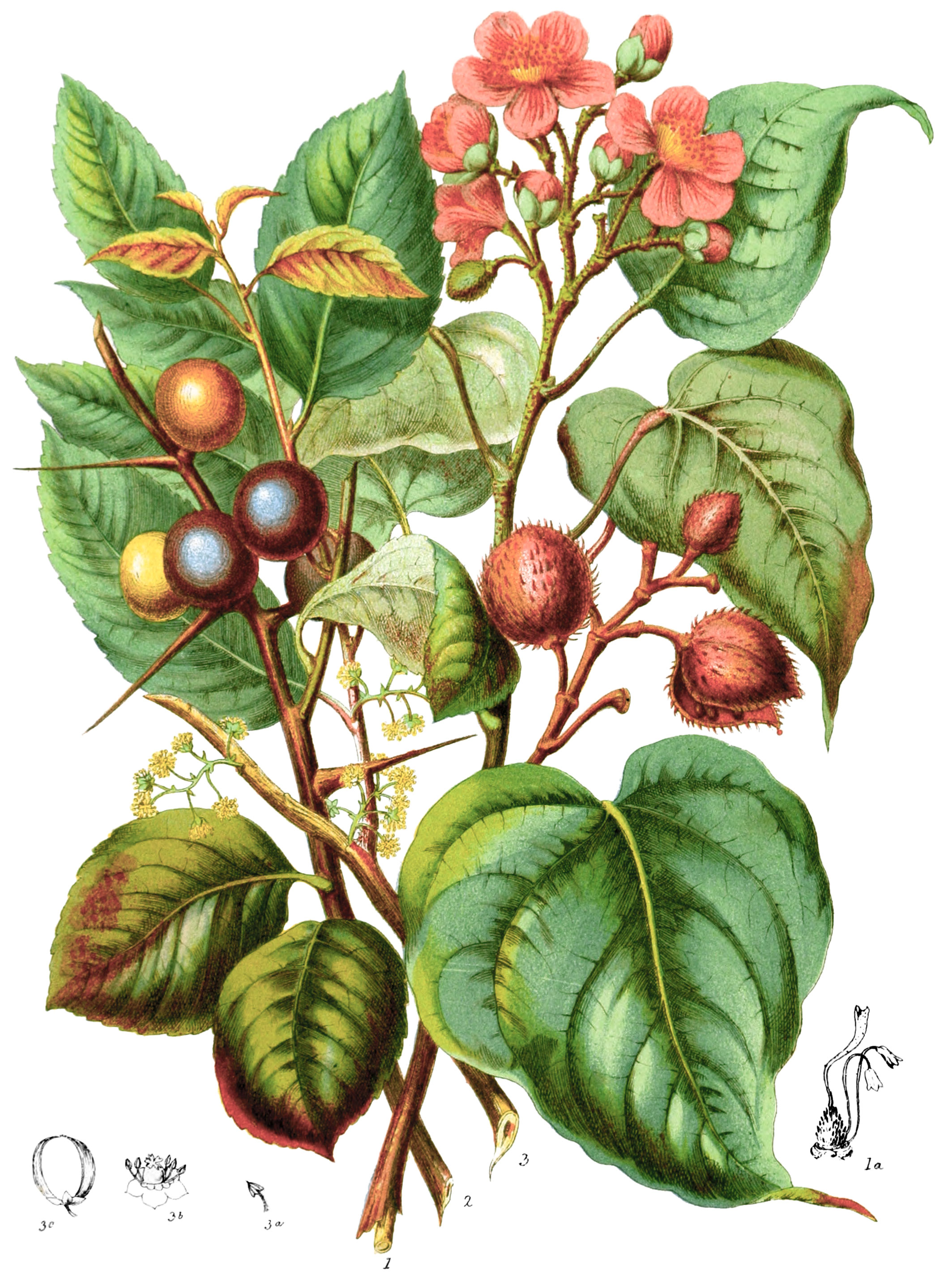 Small trees and shrubs; the leaves are alternate, simple, usually smooth at the edges, on short stalks, of a leathery substance, often marked with transparent round dots. The flower-stalks grow from the base of the leaf-stalk, and are either single or many-flowered. The sepals of the calyx are from four to seven, slightly united at the base; the petals are of the same number, and alternate with them, very rarely absent. The stamens are equal in number to the petals, or twice as many, or some multiple of them; occasionally some of them are changed into honey-bearing scales; the anthers are two-celled. The ovary is nearly round, sessile, or shortly stalked, containing one or more cells; the style is very slender or absent; the stigmas are of the same number as the valves of the ovary, more or less distinct. The fruit is one-celled, either a capsule with four or five valves, the centre filled with solft pulp, as in Bixa, or a fleshy berry, as in Flacourtia. The seeds are generally invested with a thin skin formed by the withered pulp.

Flacourtia Ramontchi and F. inermis have both been introduced into Bengal, where they now flourish. Other species are found throughout India on the plains, and along the tract of jungles at the base of the Himalayas. In Nepal they inhabit the low hot valleys, or grow near the rivers.

Almost all the plants of this Order are natives of the hottest parts of the East and West Indies, Africa, and the adacent islands. Two or three species belong to the Cape of Good Hope; one or two have been discovered in New Zealand; none belong to Europe.