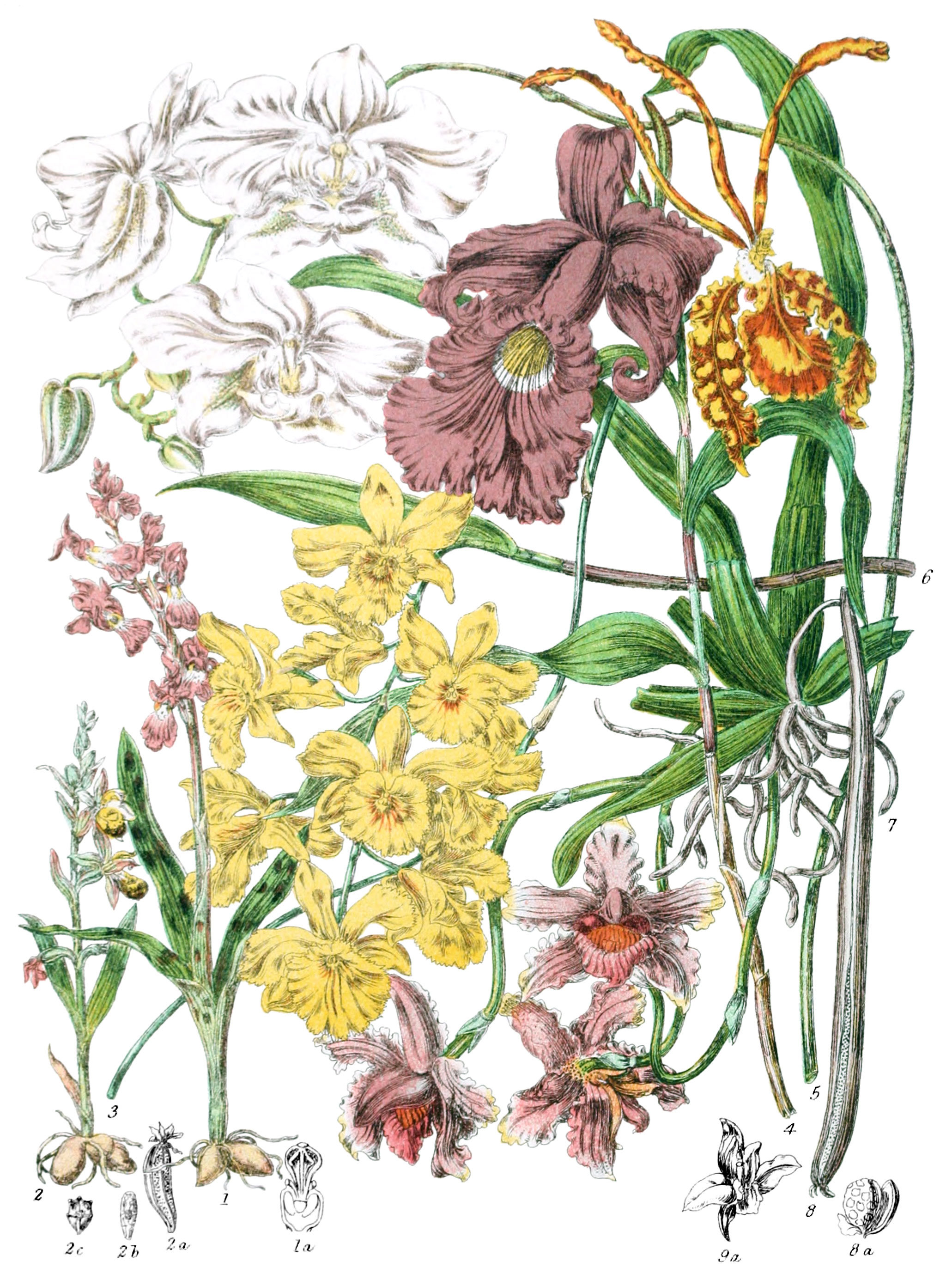 Shrubs and herbaceous plants, all perennial; terrestrial, or aerial fixed on trees and stones. The roots are fibrous or fleshy, like tubers full of starch. The stem is either long and annual, or woody and perennial, forming jointed branches. The leaves are flat or round, sometimes growing one over the other like Iris; generally sheathing, membranous, coriaceous or hard, never lobed, occasionally bordered by cartilaginous teeth, veins parallel. The flowers are irregular in form, solitary, clustered, spikes, or panicled; a single bract at their base. The corolla is adherent, herbaceous or coloured, membranous or fleshy, the sepals are three, petals three, one developed into a lip of very differing form, horned, or furnished with various appendages, occasionally moving spontaneously as in Bolbophyllum. The stamens and style are consolidated into a column; the three stamens the central one only is perfect, except in Cypripedium, where the two side anthers are perfect, the central one imperfect. The anthers are erect at the top of the column, or turned flat upon it, the pollen powdery or waxy. The ovary is formed of six carpels, three of which bear stigmas, and three have double plates bearing numerous minute seeds. The style is rarely distinct except in Cypripedium. The capsule, seldom fleshy, usually separating into six dry, woody rigid valves; seeds, with a loose netted skin, rarely a hard crustaceous covering, and sometimes expanded into a circular wing. They contain no albumen.

The starchy roots of some, and the aromatic capsules of Vanilla are the chief useful parts.

This Tribe is dispersed almost in all countries, except in the coldest regions, or the dry parts of Africa. In the hot damp regions of the East and West Indies and South America the species with aerial roots abound. Many belong to Central America and the Cape of Good Hope, as well as to Australia and Europe.

*9 was mentioned in the original description but only 9a was illustrated.