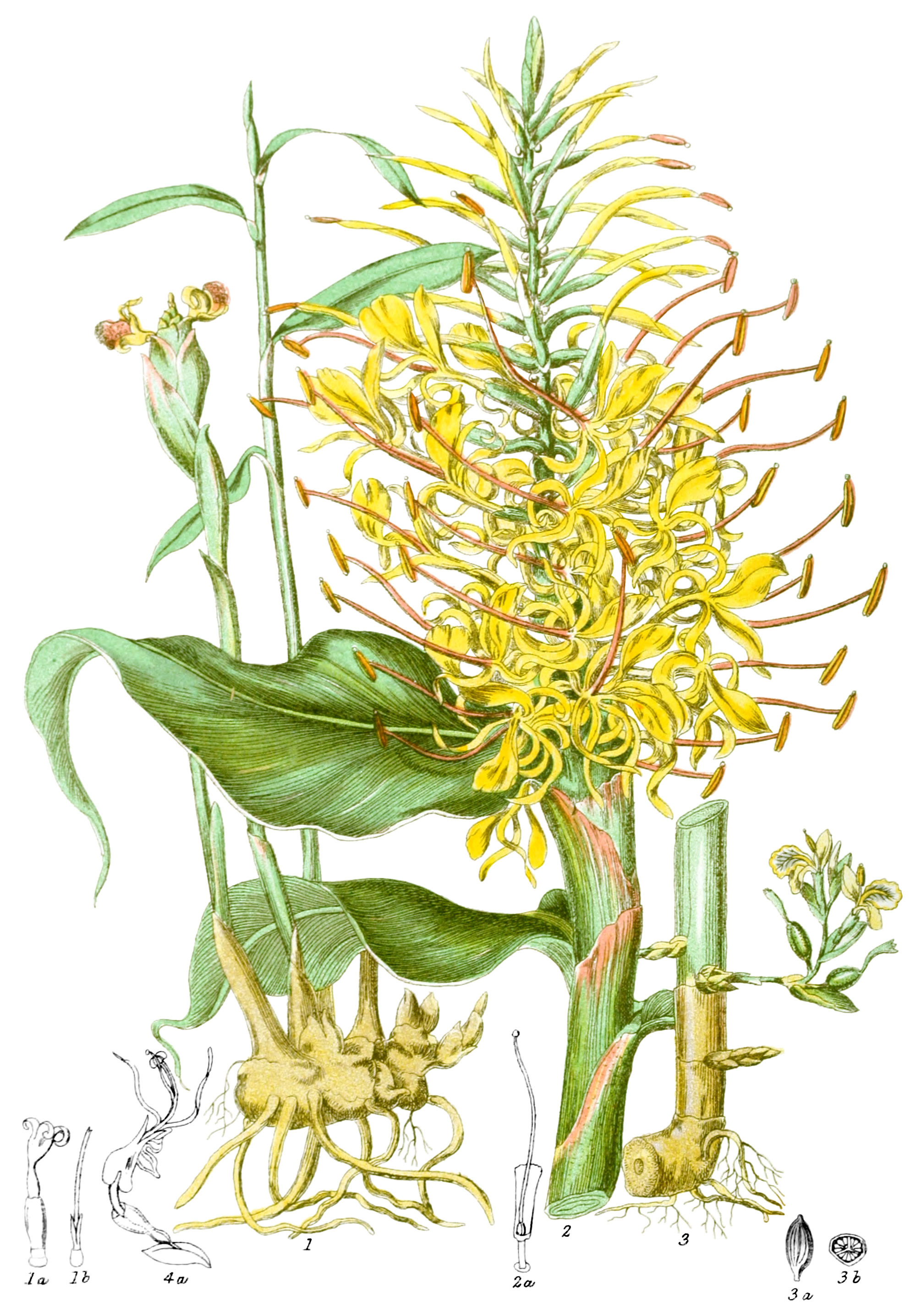 Herbaceous plants with creeping jointed root-stalks; the stem is formed of the united bases of the leaves, usually single, and sometimes branching. The leaves are simple, sheathing at the base, with a single mid-rib, and numerous fine veins diverging to the edge. The flowers arise from amongst membranous bracts, usually in pairs. The calyx is above the ovary, tubular, three-lobed, short; the corolla is tubular, irregular, six-parted, in two rows, one petal usually larger than the rest, often three-lobed. The stamens are three, the central one only perfect. The filament is often extended beyond the anther, sometimes petal-like; the anther is one or two-celled, opening longitudinally, its lobes often enclosing the upper part of the style, sometimes spurred. The ovary is one to three-celled, the style slender, or expanded. The stigma dilated, hollow, or hooded. The fruit is usually a capsule, three-celled, many-seeded, or imperfect and one-celled, occasionally a berry. The seeds are round or angular, with or without an aril; they contain mealy albumen.

In some points of structure this Tribe resembles Musaceæ, and it has also affinity with Orchidaceæ.

The roots of Zingiber are aromatic and pungent, others contain a large portion of wholesome starchy substance.

This Tribe belongs almost exclusively to the Tropics, most abundant in the East Indies; rare in Africa and America.