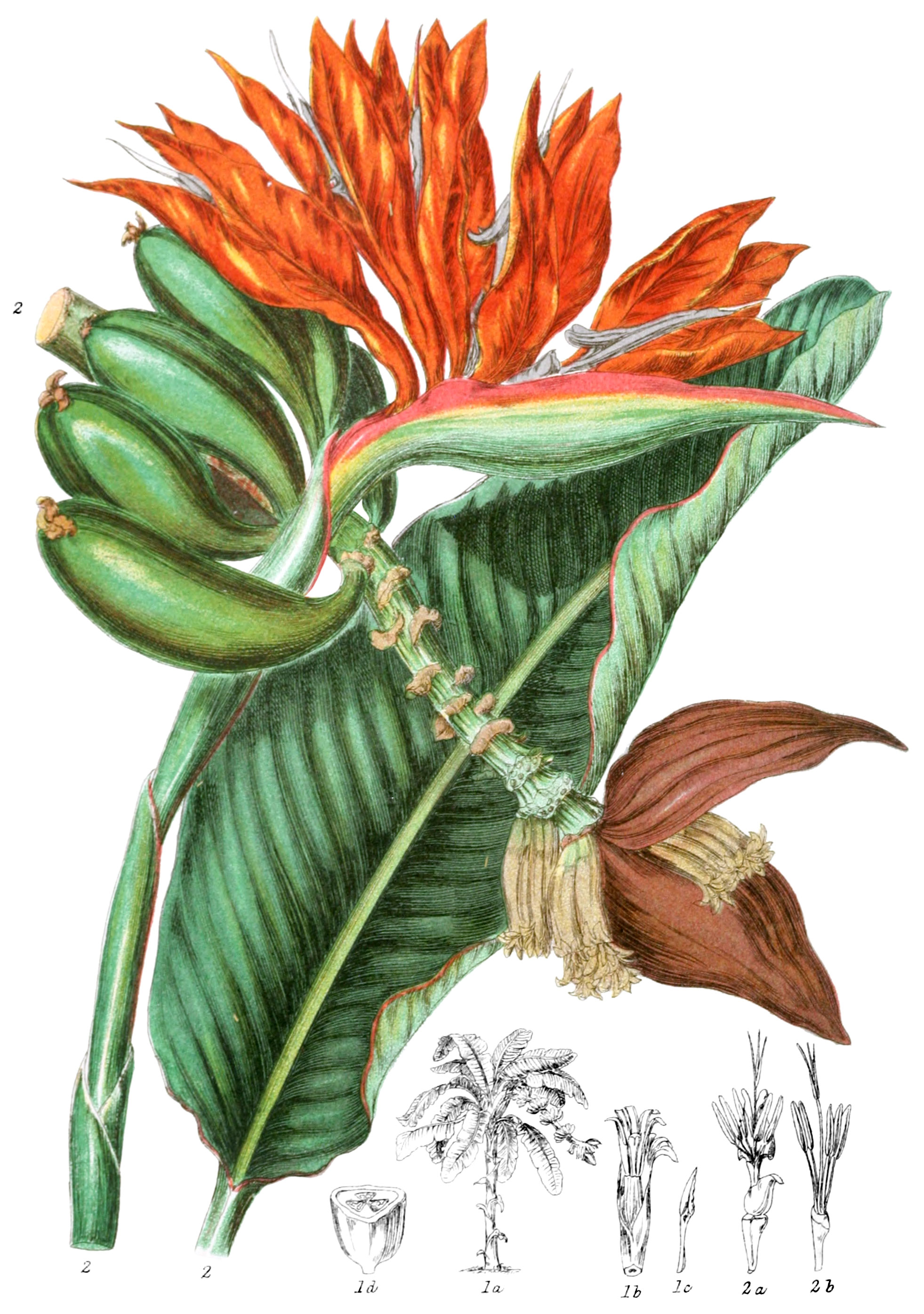 Plants without a stem, or having one formed by the sheathing bases of the leaf-stalks. The leaves are simple, with fine parallel veins diverging regularly from the midrib towards the margin. The flowers grow in a spathe; the six petals are in two distinct rows, more or less regular in their arrangement. In Strelitzia the three inner petals form a covering to the stamens and pistil. The stamens are six, one or more usually imperfect, inserted on the petals. The anthers are linear, turned inwards, two-celled, often having a petal-like crest. The ovary is below the petals, three-celled, with a simple style and three-lobed stigma. The fruit is either a capsule with three cells and gaping, or succulent and closed; containing three or many seeds. The seeds are sometimes surrounded with hairs, and have a crustaceous covering; the embryo is often mushroom-shaped, placed on the mealy albumen.

This Tribe has close affinity with the Ginger tribe.

Highly nutritive properties are contained in the fruit of Musa.

This Tribe inhabits chiefly the Cape of Good Hope, and the islands on its south-eastern coast, and is dispersed over the Tropics, principally on plains. It is scarcely found elsewhere, except in Japan.

*Musa paradisiaca, Banana or Plaintain was labeled as 2 in the original illustration.