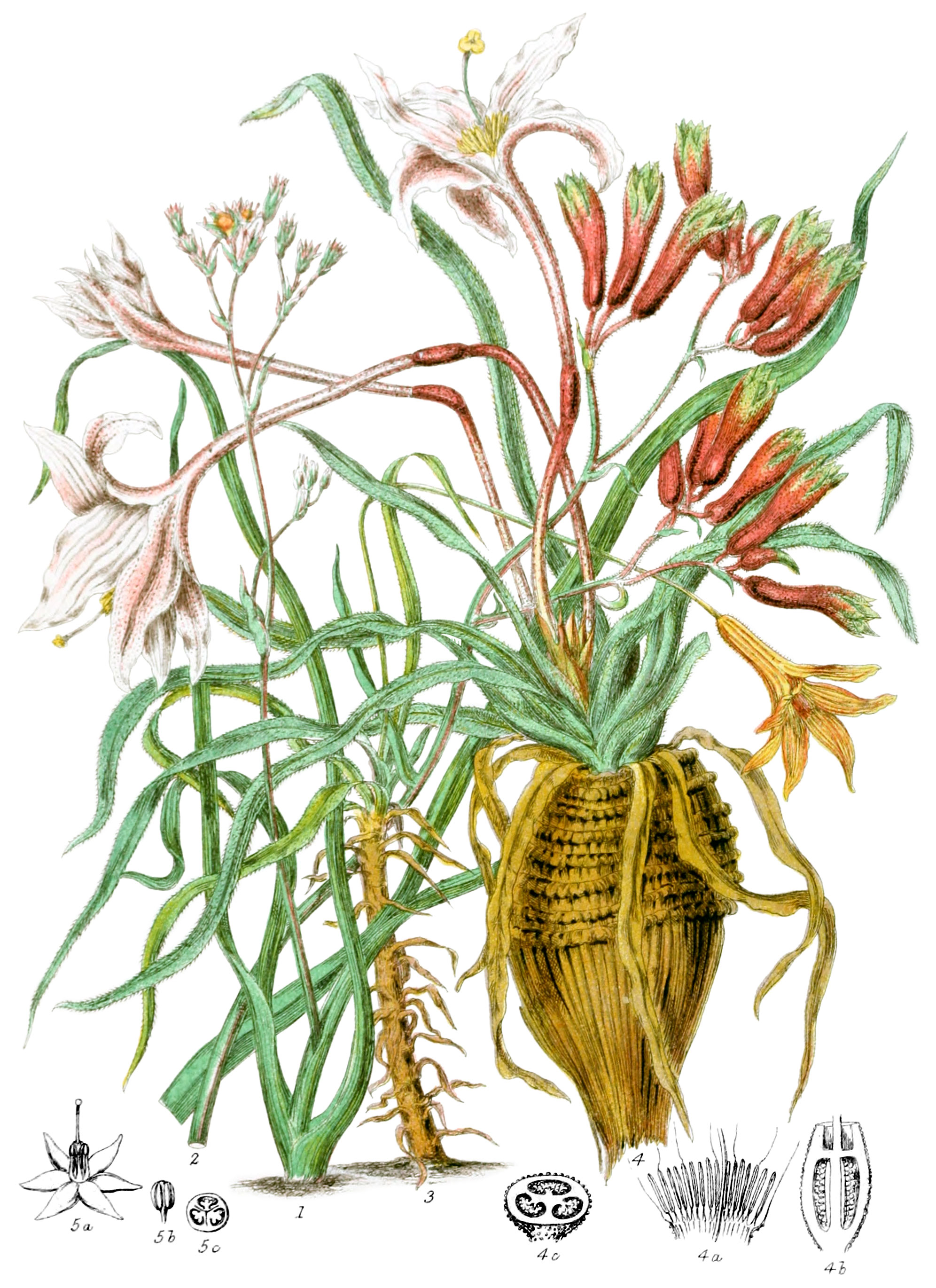 Herbaceous plants with fibrous perennial roots and long narrow leaves. The corolla is composed of sepals and petals scarcely distinguishable, usually united into a tube, and woolly on the exterior. The stamens arise form the sepals and petals, either three or six; the anthers burst inwardly. The ovary is usually three-celled, the style is simple, the stigma undivided; the fruit is covered by the withered corolla, and is either a capsule or valvular, usually gaping when ripe. The seeds are either few or many, winged or wrinkled and angular; they contain cartilaginous albumen.

A red dye and bitter property exist in the roots, some of which are eatable.

This Tribe exists chiefly in Brazil and in the Mascaren Isles, in Guiana, and in the Temperate parts of Australia; a few species are found in North America, and at the Cape.