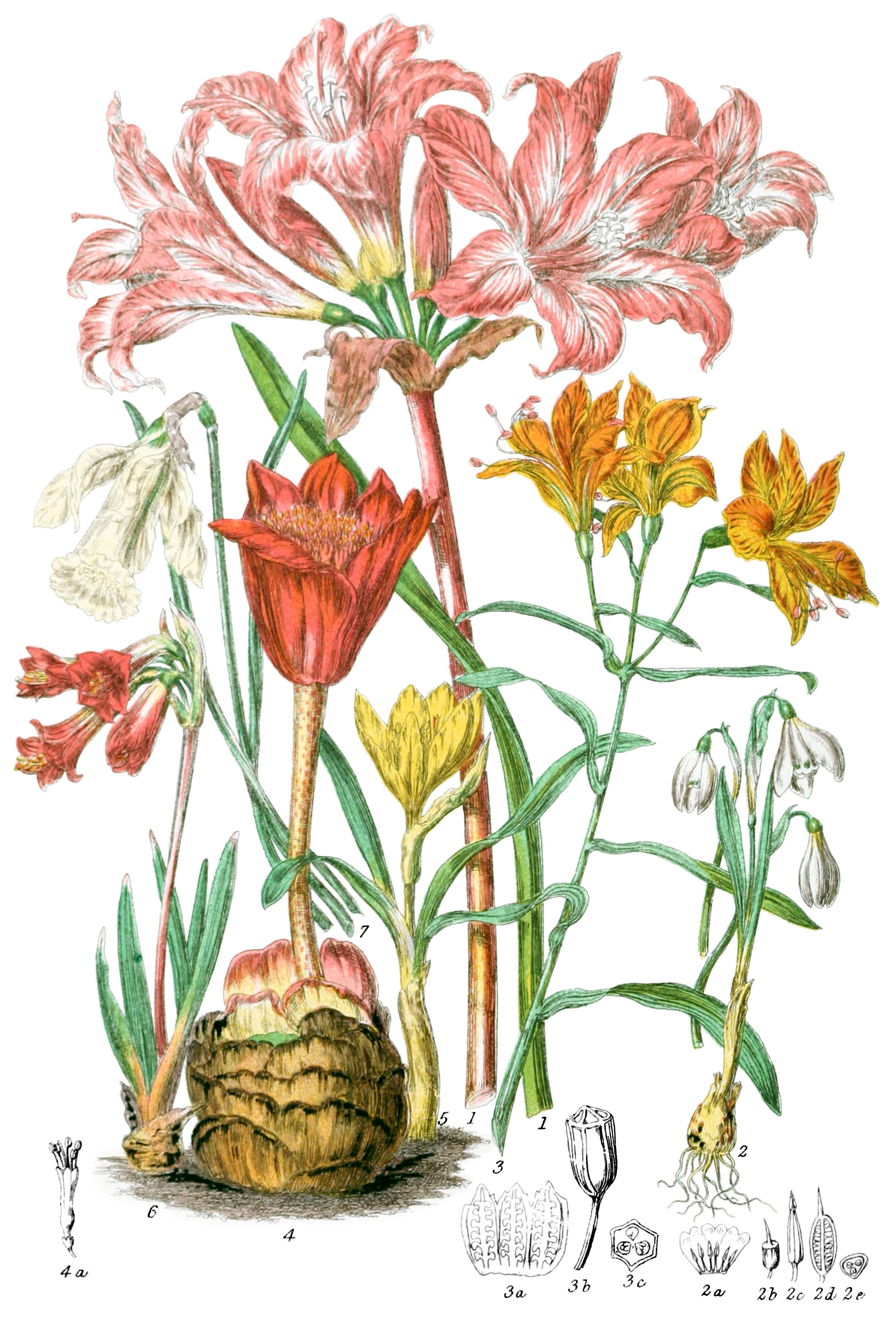 Herbaceous plants, generally with bulbous root, sometimes fibrous-rooted; occasionally with a small cylindrical stem. The leaves are sword-shaped, with parallel veins, rarely widened at the sides into an oval shape. The flowers have usually a sheathing bract at the base. The calyx and corolla are combined, three outer and three inner parts, adherent, regular in form, and equally coloured. The stamens are six, arising from the corolla, sometimes cohering at their bases into a kind of cup, sometimes an expanded tube or cup is within the row of stamens. The ovary is three-celled, the style single, the stigma three-lobed. The fruit is a three-celled and three-valved capsule, or a berry with one or three seeds. The seeds have either a thin membranous covering, or a thick fleshy coat, and contain fleshy albumen.

This Tribe has close affinity with Hæmodoraceæ and Iridaceæ, and is also in many points connected with Liliaceæ.

The bulbs of some species contain poisonous juices.

This Tribe exists in greatest abundance and variety at the Cape. Some species are plentiful in South America, particularly in Brazil; others abound in the East and West Indies: a few have been discovered in Australia.