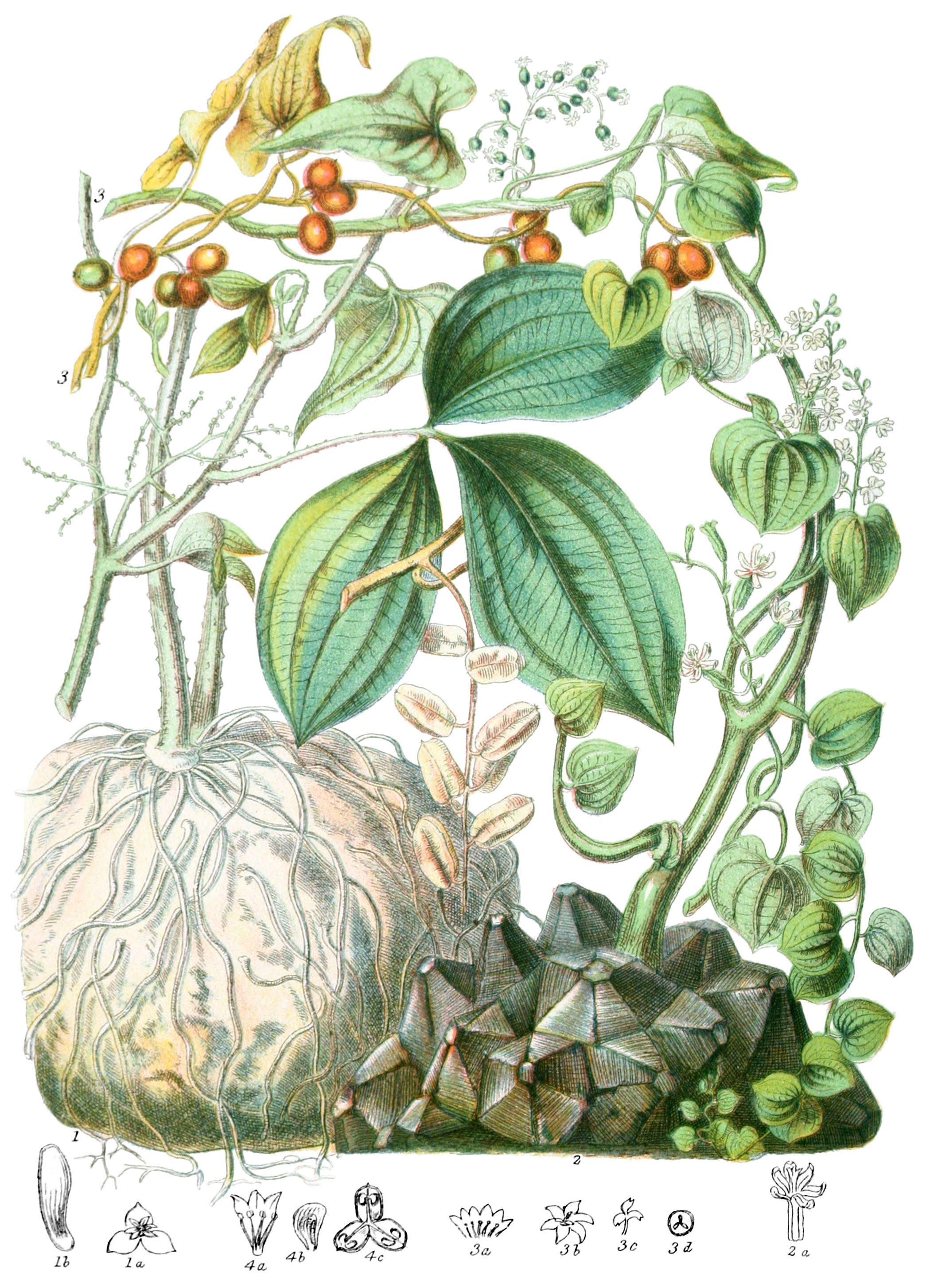 Twining shrubs, having large tubers above or below the ground. The leaves are alternate, or occasionally opposite, with netted veins. The flowers are small, spiked, with from one to three bracts. The stamens and pistil are in separate flowers. The calyx and corolla are united, herbaceous and adherent. The stamens are six, inserted into the base of the sepals and petals. The anthers are turned inwards and burst lengthwise. The ovary is three-celled, with one or two seeds in each cell. The style is deeply three-cleft. The fruit is a capsule or a berry, leafy or compressed, or succulent. The seeds of the capsule are flattened, winged or wingless, those of the berry round; they contain cartilaginous albumen, in a cavity of which lies the embryo.

This Tribe has affinity with Smilaceæ.

An acrid principle exists generally in these plants.

The numerous species of this Tribe are found exclusively in the Tropics, excepting Tamus, which is a native of the Temperate parts of Asia, and of Europe.