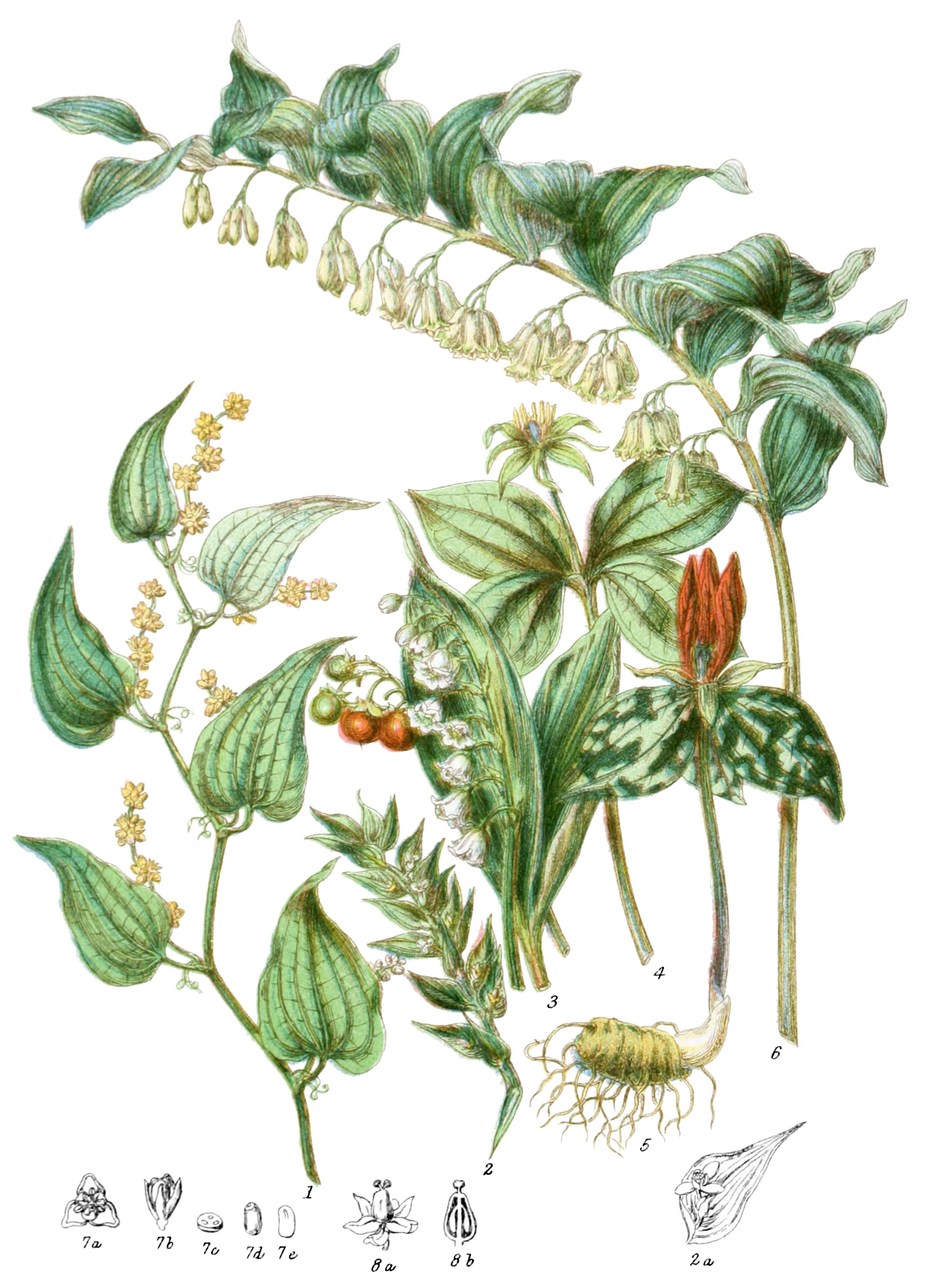 Herbaceous plants, and undershrubs partly climbing, sometimes having fleshy tubers. The leaves have netted veins. The stamens and pistils are sometimes in separate flowers. The calyx and petals are similar, free, six-parted; the stamens are six, inserted near the base of the corolla, seldom placed below the ovary. The ovary is three-celled, the cells one or many-seeded, the style usually trifid, bearing three stigmas. The fruit is a roundish berry, containing seeds, with fleshy cartilaginous albumen.

This Tribe has affinity with Liliaceæ, but is distinguished by the netted veins of the leaves, and th fruit being a rounded berry.

Astringent properties exist in the roots of some of these plants.

This Tribe is dispersed in small numbers in most parts of the world: in the woods of the Temperate regions of Europe, Asia, and North America. Smilax is found chiefly in the Tropics of Asia and America.

*S. glycyphylla was spelled “S, glycyphylla” in the original description.