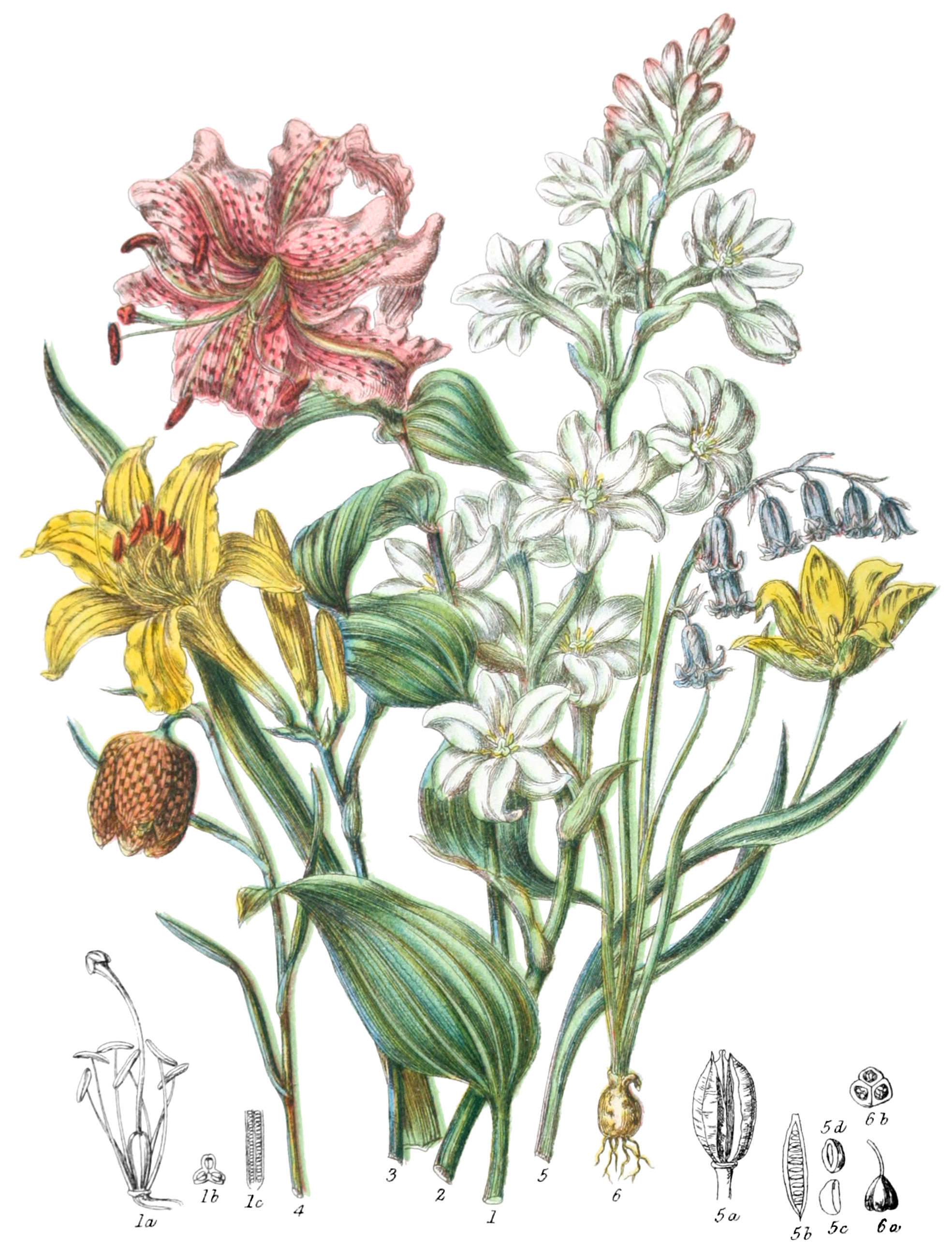 Trees, shrubs, and herbaceous plants with bulbous, tuberous, or fibrous roots. The leaves are narrow with parallel veins, not jointed to the stem. The flowers are composed of sepals and petals almost similar, regular or nearly so, sometimes cohering at the base into a tube. The stamens are six, inserted into the sepals and petals, the anthers open inwards. The ovary is free, three-celled, many-seeded, the style single, the stigma simple or three-lobed; the fruit is a dry capsule, three-celled, many-seeded; the seeds are laid one over the other in one or two rows, and contain fleshy albumen.

Acrid qualities prevail in some of these lpants, but the bulbs of many are wholesome food.

This extensive Tribe is widely dispersed; most abundant in Temperate regions, frequent in Australia and at the Cape of Good Hope, rare in the East Indies. The Tropical species are chiefly aborescent.