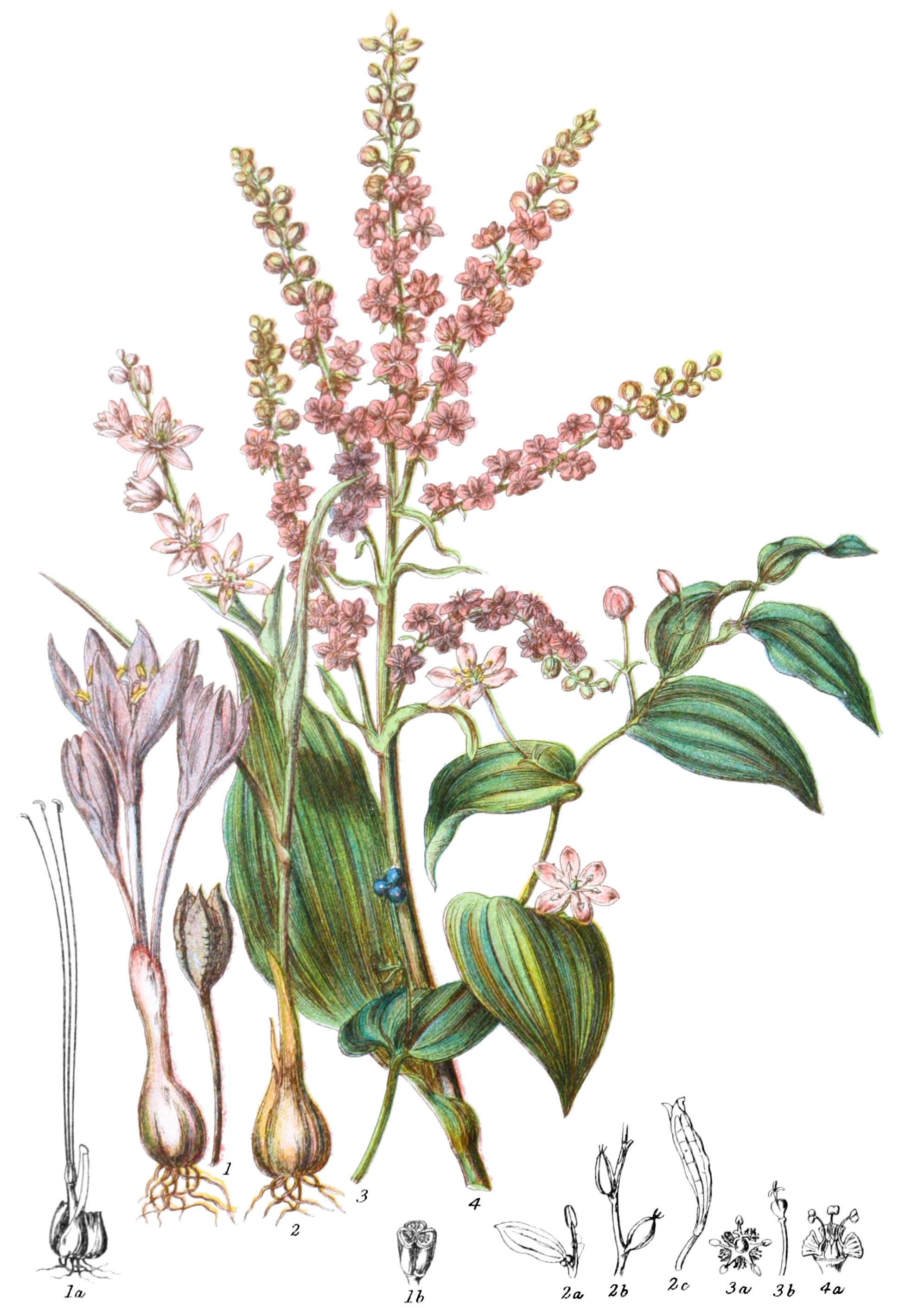 Herbaceous plants, having bulbous, tuberous, or fibrous roots; some are stemless, some have branching or simple stems. The flowers are usually purple, white, or green. The calyx and corolla are similar, free, petal-like, in six divisions, or by partial adhesion tubular. The stamens are six, the anthers turned outwards. The ovary is three-celled, the style tree-parted, the stigmas undivided; the capsule generally separable into three parts. The seeds are numerous, with a membranous covering, and contain dense albumen.

This Tribe has close affinity with Liliaceæ, but is known by the anthers turning outwards, and the three-parted capsule.

This Tribe is common at the Cape of Good Hope, in Asia, North America, and Europe; it exists in the Tropics of India and Australia, but is most abundant in northern countries.