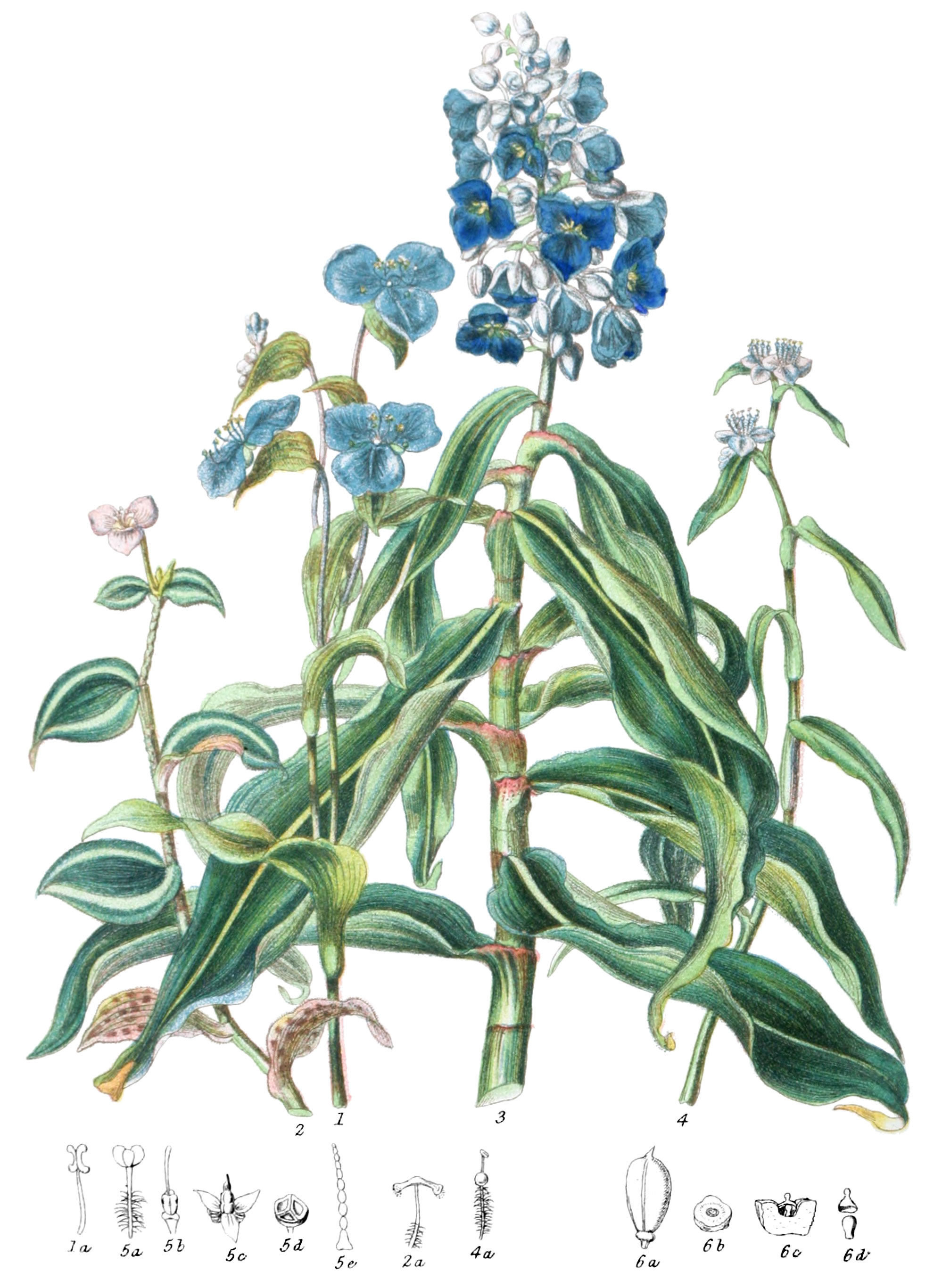 Herbaceous plants, the leaves of which are flat and usually sheathing at the base; the flower is composed of three sepals and three petals, which sometimes cohere at their base. The stamens are six or fewer, attached to the base of the ovary, some with irregular or imperfect anthers, the filaments beset with fine-jointed hairs. The anthers are two-celled, turning inwards. The ovary is three-celled, the style single, the stigma simple. The capsule is two or three-celled, containing two or more seeds in each cell, fixed by their side on the inner angle. The embryo lies in a cavity of the fleshy albumen, covered with a lid.

These plants are a link between the Lily tribe and Sedges and Rushes.

The roots contain a large proportion of starch.

This Tribe is found chiefly in the East and West Indies, Africa, and Australia. A few species exist in North America, but none have yet been discovered in Northern Asia or in Europe.