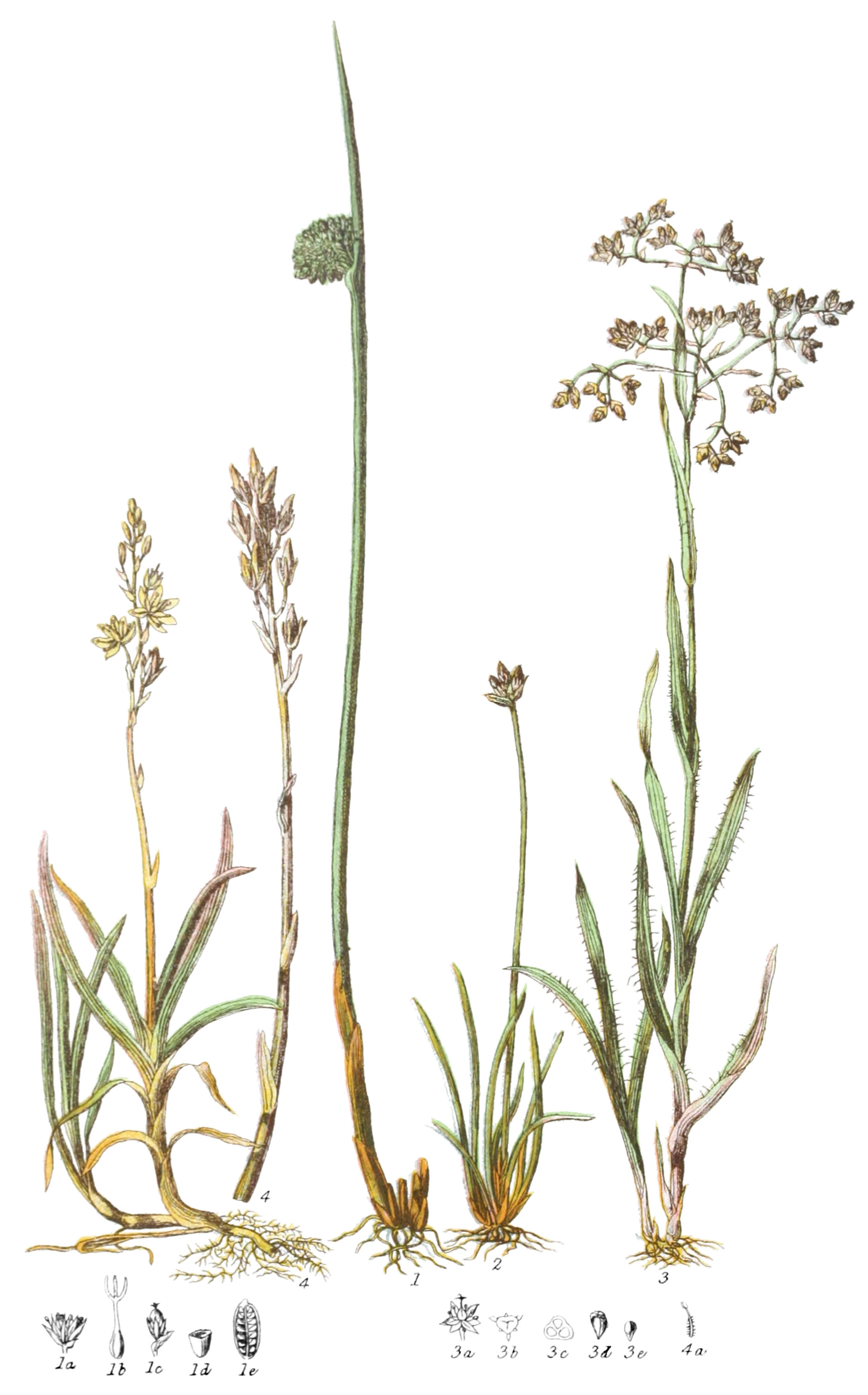 Herbaceous plants with fibrous or clustered roots. The leaves are hollow or flat, and channelled with parallel veins. The flowers are more or less collected in heads; they are seldom brightly coloured, usually dull brown or green. The calyx and corolla are nearly similar, glumaceous or cartilaginous, six-parted, below the ovary. The stamens are six, inserted into the base of the segments; if only three, they are placed opposite the calyx. The anthers are two-celled, turned inwards, opening lengthwise or by pores at the point. The ovary is one or three-celled, the style is single, the stigmas three, sometimes only one. The fruit is a capsule, with three valves or non, one or many-seeded. The seeds have a thin skin, a very small embryo, and contain firm, fleshy, or cartilaginous albumen.

This Tribe is closely connected with Cyperaceæ, it has also affinity with the Lily Tribe through Narthecium.

This Tribe inhabits chiefly the colder countries of the world, extends as far as North as Melville Isle, where it forms about 1/25 of the flowering plants; in the Temperate regions about 1/90; in the Tropics 1/400.