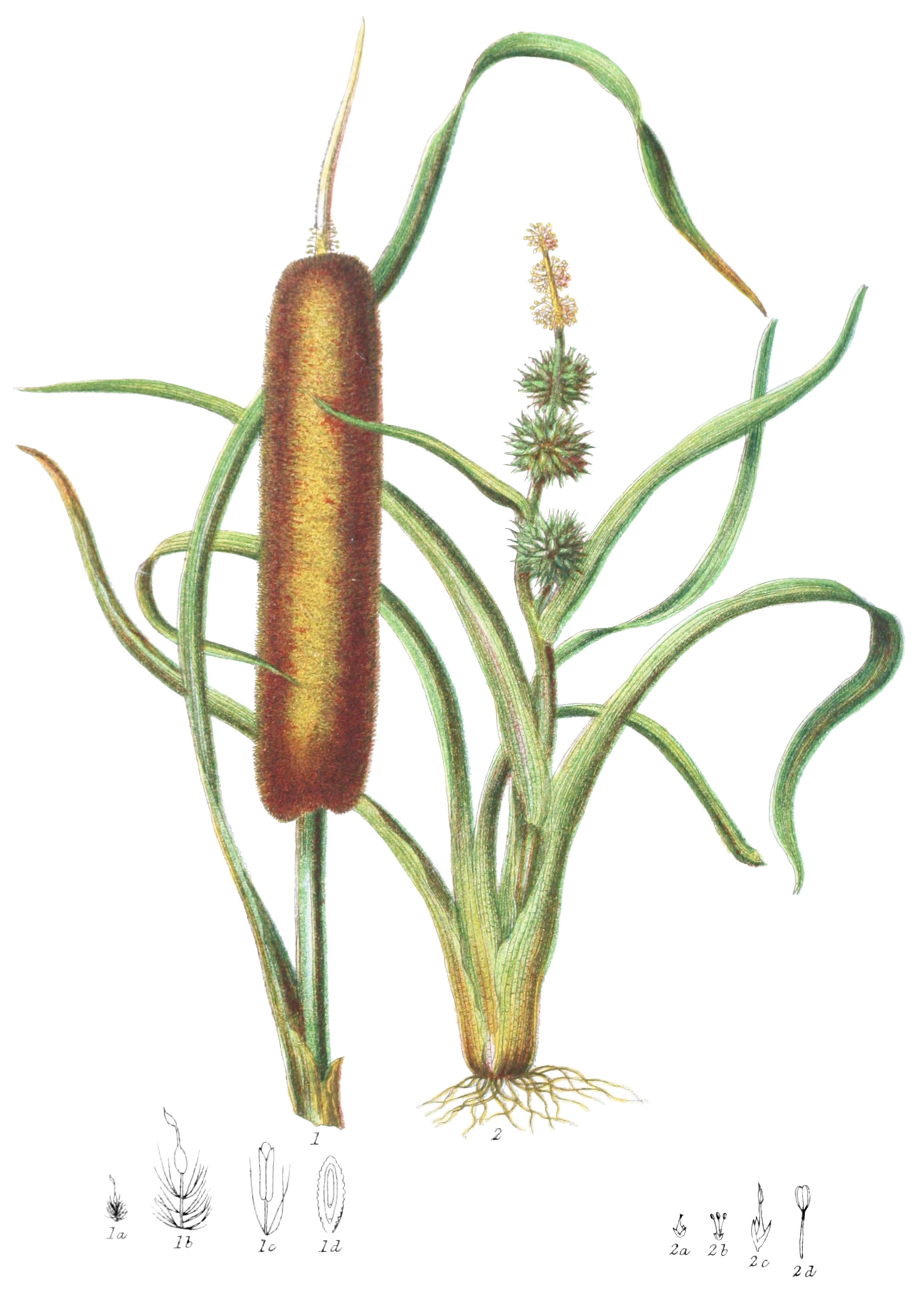 Herbaceous plants growing in marshes or ditches. The stems are without joints. The leaves are rigid, sword-shaped, with parallel veins. The flowers are closely set on a spandix without a spathe. The stamens and pistils are in separate flowers; the corolla consists of three scales, or more, or a bundle of hairs. The stamens are three or six; the anthers are wedge-shaped, attached by their base to long filaments, united together in some instances. The ovary is simple, above the scales, one-celled; the style is short, the stigmas simple and linear. The fruit is dry, not opening when ripe, one-celled, one-seeded, angular by pressure. The seed contains mealy albumen.

This Tribe has affinity with Cyperaceæ and with Araceæ, but is distinguished by the triple parts of the corolla, and the wedge-shaped anthers.

This small Tribe inhabits the marshes, streams, and ditches in the northern countries of the world; it is rare in the Tropics, two species only are known in Equinoctial America, one in the West Indies, one in Australia.

*1c and 1d were not named in the original description.